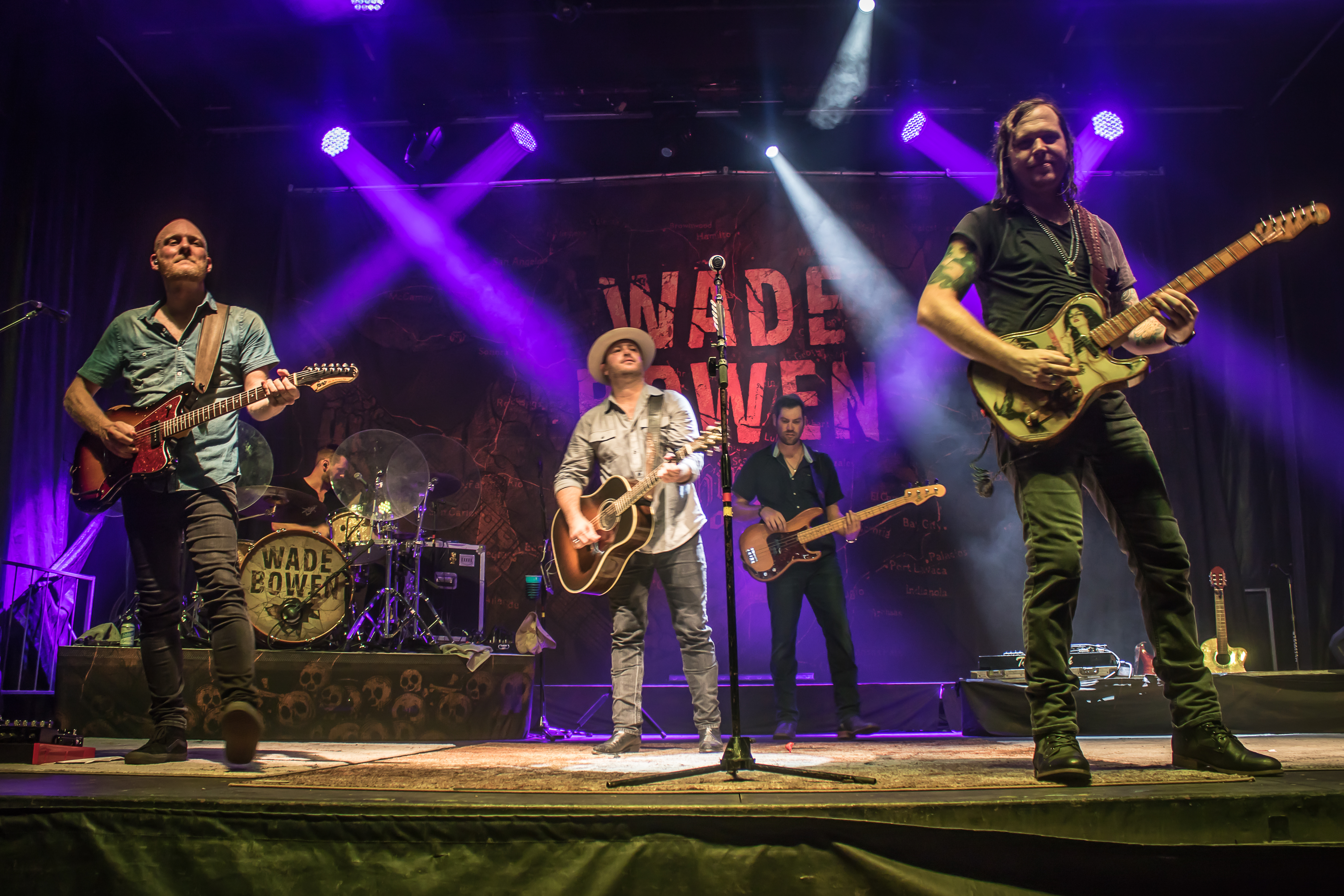 American singer-songwriter Wade Bowen has recently released a special vinyl version of his 2018 release Solid Ground complete with a brand-new bonus track Yours Alone. The album attracted rather a lot of praise both here and over the pond and he’s touring it throughout July. He brings the show to The Louisiana on Wednesday 31st July and if you like Steve Earle & Tom Petty you’ll also like the cut of Bowen’s jib. He was persuaded it would be in his best interests to submit to the B247 vinyl enquirer before hitting town. Find out what happened below.

What was the first record you ever bought and where did you buy it?
I received a lot of vinyl as hand me downs from my older sisters and parents.  I think the ﬁrst one I bought was Dublin Blues by Guy Clark when I was in college. Can’t remember the store.

What was the most recent record you bought and where did you buy it?
Most recently I bought a record by an artist that was opening the show for me at Gruene Hall in Texas, his name is Joshua Ray Walker, and everyone should buy that record. Bought it from him at the merch stand.

What album do you stick on the deck to sooth your soul?
The Boss and Jackson Browne sooth my soul. Always have and always will.

Have you bought a recording based on a great single and then been disappointed by the rest of the album? If so, dish the dirt?
No comment

What records do you turn up to maximum to get into that party mood?
I love Patty Grifﬁn’s Flaming Red and anything by Tom Petty.

What’s the greatest live album of all time? (You may skip this question if you’re under 40)?
I’m gonna have to go with Bruce Springsteen & The E Street Band’s Live 75-85, although I just listened to Cheap Trick At Budakon before I had them play my annual beneﬁt concert and that was a great record.

What’s your favourite record sleeve? Tell us all about it (and whether the music gives you as much pleasure as the sleeve)?
I’m currently working on a Christmas album where I want it to look like it’s straight out of the 50’s. I love the looks of those old records.

Ever bought a record solely because you liked the sleeve? If so, what was it and did it delight you or disappoint you?
I remember as a kid, loving my sister’s Judas Priest album covers: I didn’t like the music though – I was more into George Strait.

The resurgence of the LP has seen all manner of coloured and multicoloured vinyl, yet some purists believe a record should only ever be black: what’s your opinion, and what are both the most delightful and the most obnoxious coloured records you own?
I believe the purists, but I do have in my collection 2 purple records: Elvis Presley’s Always on My Mind and a 45 rpm I inherited, Sweet Love Is Like Oxygen.

If we had the ability to land you at the recording of one classic LP so you could witness the whole recording process, what would you choose and why?
Springsteen’s Nebraska as it’d be just me, him and his acoustic guitar.

Oh no, your house is burning down, and you can only rescue one record! What would it be and why?
Probably my son’s A Chorus Line LP – he’d be devastated if we lost it.

Morbidity alert: what records would you like played at your funeral?
There would have to be a hymn played, like Old Rugged Cross.  Funny…as just last night I was watching a touching tribute to Israel Kamakawiwo put to his Somewhere Over the Rainbow piece, which is fantastic, thinking that song would make a good dirge. Lastly, since I’m from Texas, probably need to include Willie’s Roll Me Up and Smoke Me When I Die.