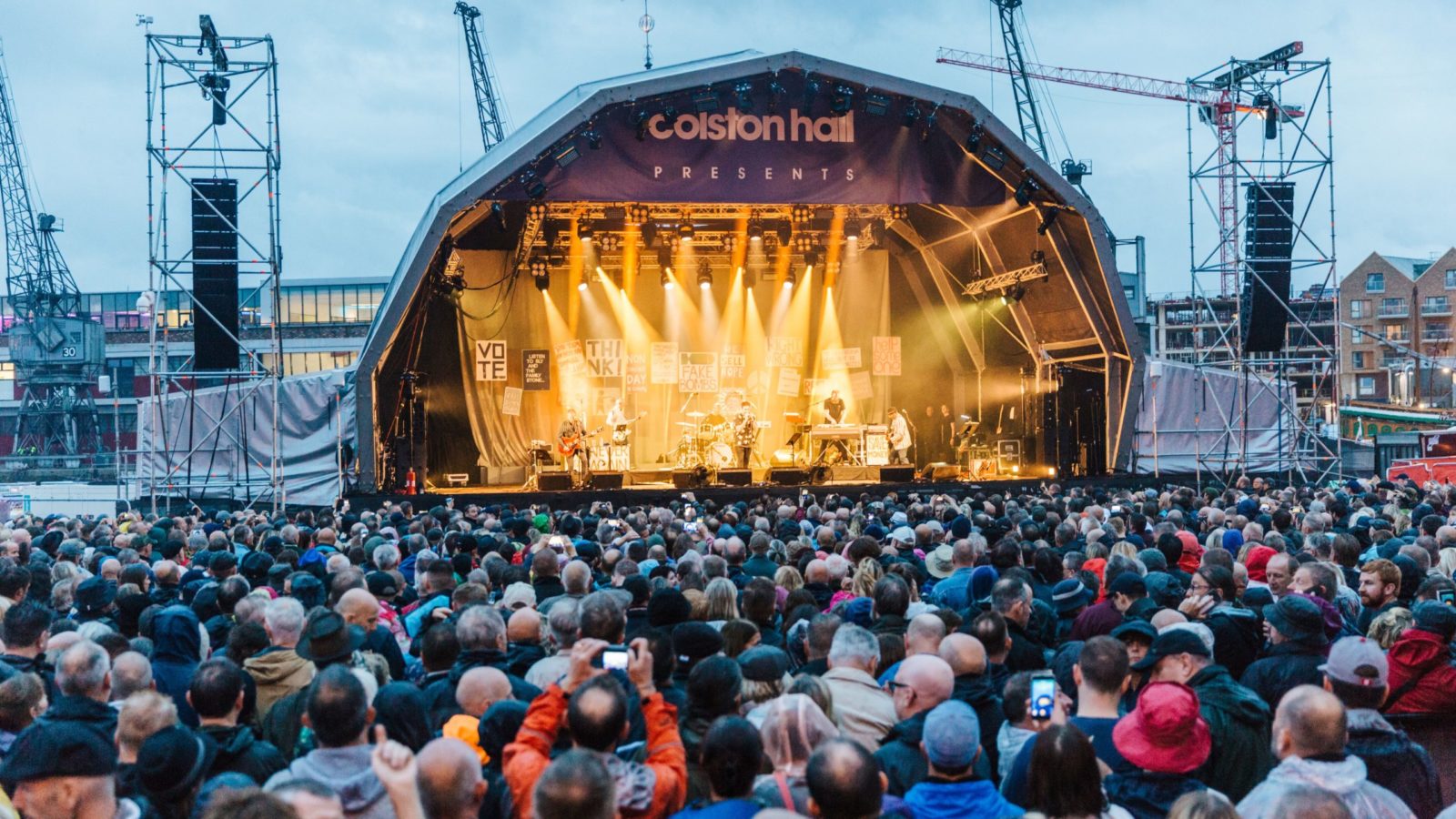 This year will see the latest installment of large outdoor gigs at the Lloyds Amphitheatre programmed by Colston Hall while their venue is being refurbished.

Headlining will be Glaswegian septet Belle & Sebastian, who recorded their first album while on a music programme for the unemployed, memorably won the BRIT Award for best newcomer in 1999 beating the likes of Steps and 5ive, and have since soundtracked films and even hosted their own festival on a boat.

The past has seen the likes of Goldie and the Heritage Orchestra, Jimmy Cliff and Grandmaster Flash entertain thousands of fans overlooking the Floating Harbour.

Belle & Sebastian have an extensive back catalogue so there will be plenty of classics and hopefully a few more obscure ones when they perform on Friday, July 17 – the day before the start of the Harbour Festival.

Joining them at the Lloyds Amphitheatre will be Django Django, who last summer joined Belle & Sebastian on their Boaty Weekender alongside the likes of Mogwai, Teenage Fanclub and Yo La Tengo.

The gig will be under the Colston Hall Presents programme, championing the city’s unique and independent venues.

Todd Wills, artistic director at Colston Hall said: “Belle & Sebastian are one of those great indie bands that have influenced countless others, with a huge back catalogue that will look and sound incredible against the backdrop of Bristol’s harbourside this summer.

“Having very special guests Django Django also on the bill will make this a gig unlike any of the harbourside shows we’ve presented before.”

Tickets will go on general sale on Friday, January 31 at 10am. Colston Hall members can access a pre-sale from Wednesday. A limited number of first release tickets will be on sale at £32.50 including booking fee, with second release tickets priced £39.50. For more information, visit www.colstonhall.org