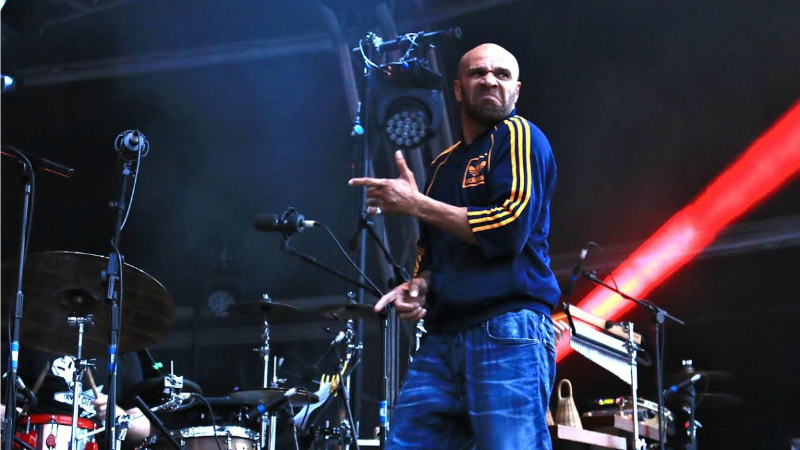 Looking around at the crowd amassing in the Lloyds Amphitheatre, there’s a palpable sense that something momentous is about to occur.

As the last rays of evening light filter into the venue, a heightened energy passes through the huddles of veteran ravers, mostly in their 30s and 40s, aware that they are about to return to a pivotal moment in their younger lives.

Almost everyone that heard the early jungle releases on Goldie’s Metalheadz label and his album Timeless, in particular, were changed in some way.

What nobody could have anticipated was that, 20 years on from its initial release, the album would be reimagined on such a grand scale.

As the first track erupts, it becomes clear that the arrangements of the Heritage Orchestra – who have previously collaborated with the likes of Amon Tobin, Bjork and Aphex Twin – are pretty close to faultless.

The components of the original album have been disassembled and meticulously reconstructed; from the soft cinematic  violins, to the ominous roars of the brass section.

The vocals of Vanessa Hayes, underpinned by a live choir, seem to elevate themselves effortlessly above the rest of the ensemble.

However, my attention keeps returning to the rhythm section, in particular, the unearthly precision of drummer Adam Betts – who also plays with hugely-talented mathrock band Three Trapped Tigers – whose frenzied, complex beats drive the performance.

The polarities of Goldies’s compositions –  a balance between fragility and aggression – are manifested on stage by the presence of conductor Charles Hazelwood, a beacon of graceful control, and Goldie himself, who prowls restlessly, often positioning himself in front of the drummers, hurling frenzied encouragements at them.

At other moments he stands facing the skies, hands clasped as in prayer.

With such a huge amount of sonic stimulation, at times it feels like the crowd doesn’t know where to focus its attention.

But as the performance peaks with Inner City Life – the most well-known track from the album – looks of stunned elation pass across the faces of many of those around me.

Far from being the contrived device I felt it might be, the orchestral arrangement felt like the natural evolution of a style of music that arrived with such furious energy out of British inner cities in the early 90s.

Almost as if the music had been designed to be played by an orchestra from the very outset.