A filmmaker who travels the globe to unearth true stories and fight for social justice has been selected as a finalist in the international Student BAFTA Awards.

Lindsey Parietti, who graduated from UWE Bristol with a master’s degree in wildlife filmmaking last year, spent just two and a half days in Liberia to shoot her 12-minute film, Blood Island, with cameras malfunctioning due to humidity on the first day.

She then spent weeks editing the footage to create the short film, which is one of only three finalists in the awards’ documentary category.

Her documentary tells the story of chimpanzees that underwent testing by the New York Blood Center in an effort to develop vaccines for hepatitis and other diseases. After three decades of experimenting, the organisation ended its research in 2007.

But before leaving Liberia, it transported the remaining chimps, which were raised in captivity and infected with disease, to remote islands in the West African country.

The film features a former lab worker, who initially joined forces with colleagues to take care of the chimps, providing them with food paid for out of his own pocket, and regularly checking up on them.

“I’m inspired by stranger-than-fiction true stories and social justice causes, so when I heard about the blood research chimps in Liberia, I was completely fascinated and knew it was a story that had to be told,” said Lindsey.

“What was really lucky was that I found such compelling human characters along the way. It’s their complicated relationship with the chimpanzees that has turned a dark story into one of survival, redemption and maybe even love.

“For me, becoming a BAFTA finalist was really surprising! I’ve poured a year of my life into the film and it’s really special when anyone finds Blood Island and the story of the chimps compelling.” 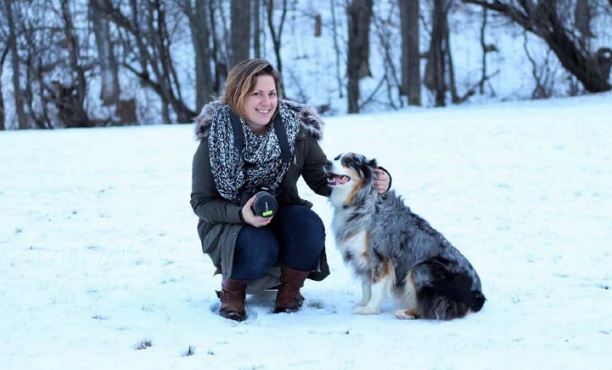 Lindsey moved to Bristol following nearly a decade of covering Egypt and Africa. Trained as a print journalist, she taught herself videography and photography amid Egypt’s revolution to help create an accurate record of what was happening on the ground and also co-founded an online newspaper with a team of local journalists.

Her articles, videos and photography have appeared in National Geographic, Al-Jazeera America, the Associated Press, Reuters, The Boston Globe, The Boston Herald, The Sunday Times and Huffington Post, among other outlets.

The BAFTA Student Film ceremony is to take place on June 29 in Los Angeles.

One winner will be announced in each of the three categories, comprising animation, documentary, and live action films. This is the second year that the awards have been opened up globally. Last year, UWE Bristol was shortlisted for two films in the documentary category.

Peter Venn, who is programme leader on the MA Wildlife Filmmaking programme, said: “We’re thrilled that Lindsey has reached the final for a BAFTA.

“Students on our filmmaking courses benefit from our links to the BBC Natural History Unit and other TV production companies in Bristol. This, along with access to our brand new industry standard facilities for film making, animation and photography, means they are in a good position to hone their skills and learn from the professionals.”

Read more: Bristol is a place where stories should be told