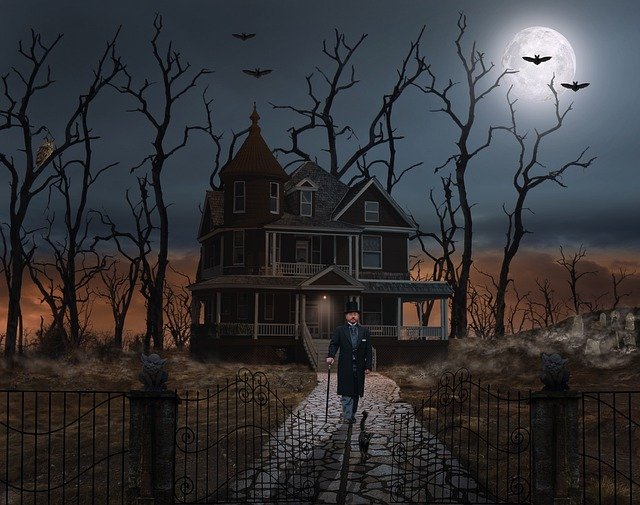 Movies make your Halloween special, and below we have selected the best movies that you can enjoy with your family.

1- It is the Great Pumpkin, Charlie Brown

It is the Great Pumpkin, Charlie Brown is a Halloween special that has been a hit for all generations. In the movie, the Peanuts gangs are planning to go trick or treating and only little Linus won’t be joining them as he intends to wait for the arrival of the Great Pumpkin, even at the expense of becoming a laughing stock among his friends. It is a story of faith played out in the pumpkin patch with sweet and innocent Linus. Sincere without being overly emotional, funny but not completely frivolous, It is the Great Pumpkin, Charlie Brown is a pure joy to watch for everyone. And while we are talking about entertainment and fun on Halloween, it won’t do without mentioning NetBet UK, a place to lose you in the rich and amazing world of online games on this special occasion.

If you are looking for a highly entertaining movie to watch with your family, then pick up the Kenny Ortega directed horror-fantasy-comedy film Hocus Pocus that first hit the screens in July 1993. It is a Halloween classic in which the villainous comedic trio of Bette Midler, Sarah Jessica Parker, and Kathy Najimy has done great acting. There is comedy, drama, suspense and just the right amount of horror to make all the viewers feel that they have been rewarded well for their two hours investment. Video sales of Hocus Pocus witness a spike every year during the Halloween season.

If you are looking for an amusing, kid-friendly movie this Halloween, then you cannot do better than Casper, the computer-generated animation film that was created by Seymore Reit and Joe Oriolo and was first released in May 1995. Though the tone of the movie is considerably darker, you will still find plenty of laughter in it. And while it is based on the Harvey Comics cartoon character Casper the Friendly Ghost, there are still some scares to be found in Casper.

A young Christina Ricci is shown as the conceited heiress who aims to get her hands on a hidden treasure after purging her house of Casper and his obnoxious relatives. However, the treasure hunt is not very simple and the ghosts are obstinate and dangerous. The daughter-father dynamic between Kat and Dr. Harvey is also a wonderful story in the movie.

Hotel Transylvania, directed by Genndy Tartakovsky, is the perfect treat for your family if you are looking for an amusing animated film this Halloween. The film stars the voice of Adam Sandler as Count Dracula who runs the famous hotel where the world’s monsters can take a rest from human civilization. For celebrating the birth of his daughter Mavis, he invites some of the most popular monsters in the world. However, a young boy named Jonathan also manages to sneak in and falls for his daughter. Now Dracula tries everything to prevent Mavis from falling in love with the boy.

Hotel Transylvania is fun and exciting, and you will know to see the quirks and eccentricities of so many monsters. The movie garnered a huge $358 million worldwide and it was also nominated for a Golden Globe Award for Best Animated Feature Film.

Death Becomes Her is a 1992 American black comedy film that has criticized those people who chase outer beauty at the cost of inner beauty. The movie is about two friends Madeline and Helen (played by Meryl Streep and Goldie Hawn respectively) who compete with each other for everything.

In Death Becomes Her, both Streep and Hawn have done great acting to make it a special movie. It became a huge commercial success, grossing $149 million worldwide. Also, it won the Academy Awards for Best Visual Effects.