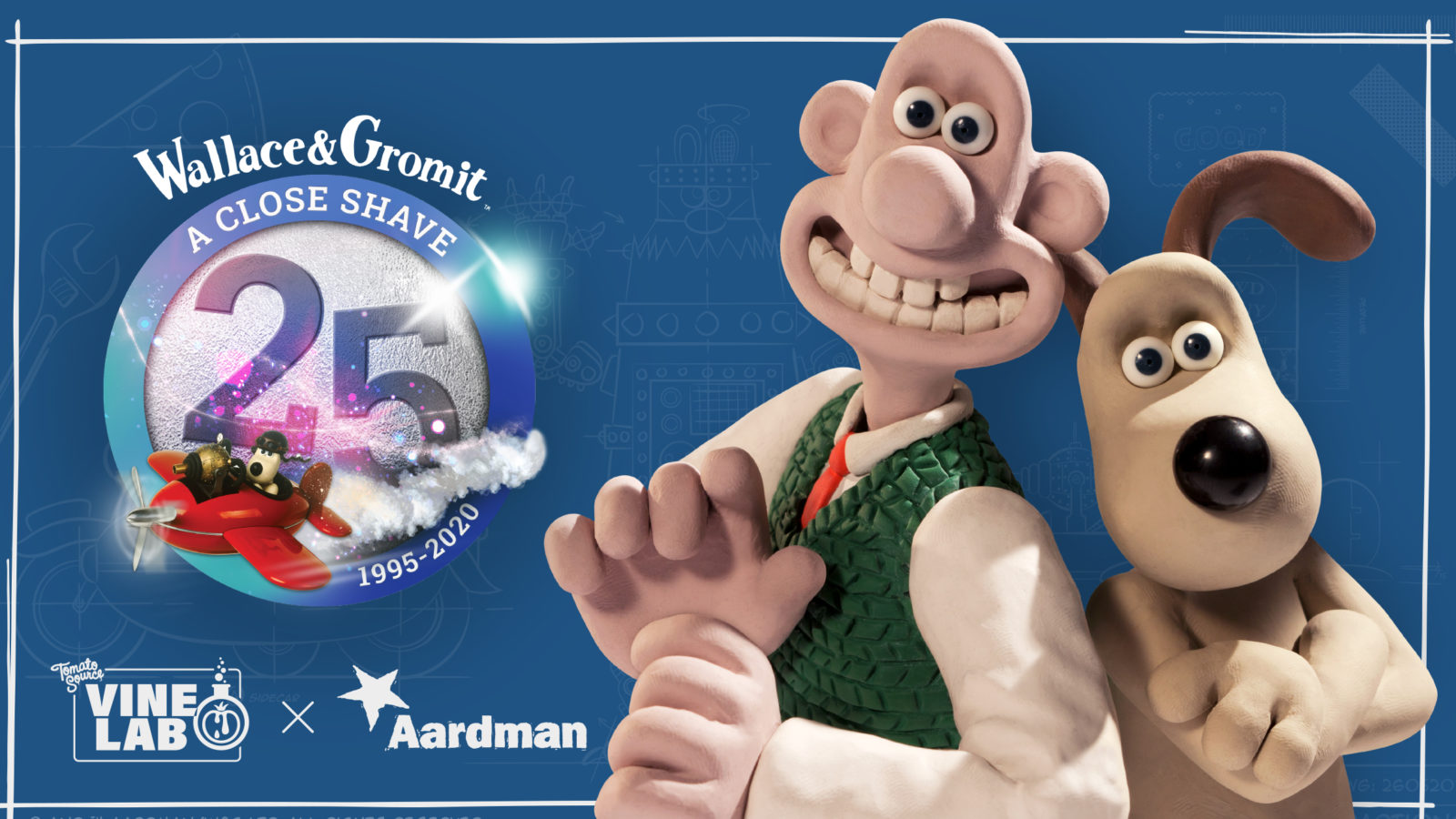 Aardman aficionados are being offered a chance to own a piece of exclusive memorabilia to mark the 25th anniversary of Wallace & Gromit: A Close Shave.

When it was screened in 1995, the Academy Award-winning film was the most ambitious project to date for director Nick Park and was the result of 65,000 hours of work and 625 shots, with the average animator completing just five seconds of film per week.

Bristol-based company The Vine Lab has teamed up with Aardman Animations to create 1,995 models which depict the scene in which Gromit flies into Preston’s dog meat factory in his sidecar plane before ultimately defeating the villain.

They are seeking pledges through a Kickstarter campaign from people interested in owning a piece of memorabilia from the city’s famous clay duo to help fund the project.

Pledgers will not only get their hands on one of the anniversary models, but they will also for the first time be invited to become a part of the product development team. Throughout the project, fans who back the campaign will be able to see how the product develops as well as gain access to never-seen-before photos and videos from the original production.

Merlin Crossingham, creative director of Wallace & Gromit at Aardman, said: “It’s obvious to us that the team at The Vine Lab are huge fans of our work and they have crammed in all of the amazing detail we expect from our models into this collectable and the packaging.

“We are so pleased to offer something truly unique to our fans and would love for them to get involved in this once-in-a-lifetime experience.” 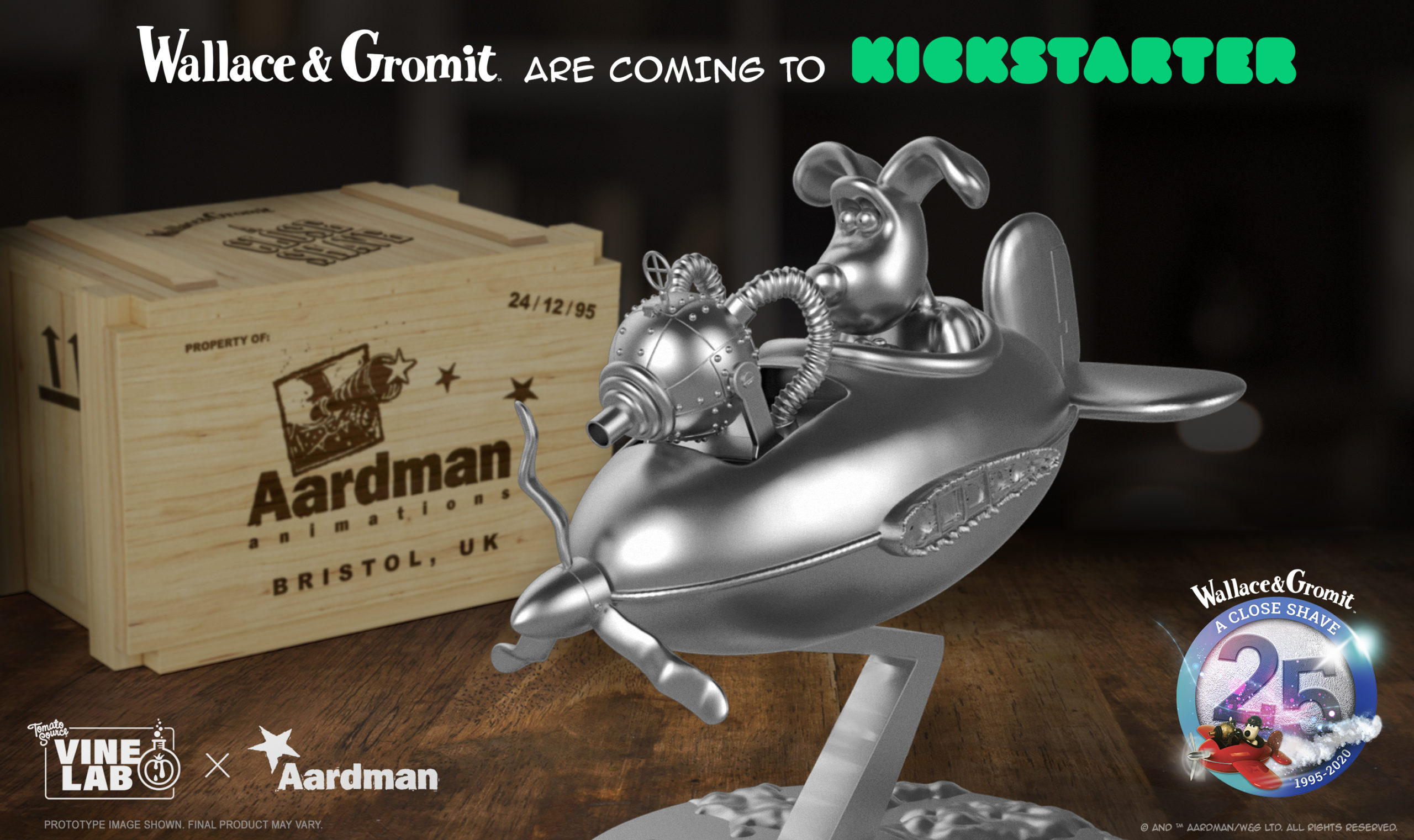 The plan is to create 1,995 of the Wallace & Gromit plane model – image courtesy of Vine Lab & Aardman

The silver effect model will be designed using rare production images from the making of the film. It includes details such as limited edition numbering and unique Aardman fingerprint signature. In a nod to the year the film was released, just 1,995 models will be made.

Talking about its creation, Emma Beeson, co-founder of The Vine Lab, said: “At The Vine Lab, we live and breathe pop culture and, being based just down the road from Aardman’s Bristol HQ, we are naturally huge fans of Wallace & Gromit.

“We have worked painstakingly and affectionately to recreate Gromit’s plane using hundreds of archived images and rare footage in order to guarantee an intricately detailed collectors’ model to celebrate a key part of Bristol’s film heritage. We can’t wait to work alongside our pledgers to create something truly special.”

There are various pledge packages available, each offering an opportunity to access original sketches and unseen behind-the-scenes content from the making of the film.

Early-bird prices for the model start at £225 and come complete with white handling gloves, a certificate of authenticity, a storyboard print, behind the scenes art cards, and an acknowledgement in the end credits.

There are also five deluxe packages available for £2,500, which include an illustration signed by Nick Park, The Making Of book signed by Merlin Crossingham, and the opportunity to receive an Aardman model of yourself, along with all of the content included within the other packages.

Pledges will be open until November 26. Find out more via www.kickstarter.com/projects/thevinelab/wallace-and-gromit-a-close-shave-collectors-model.