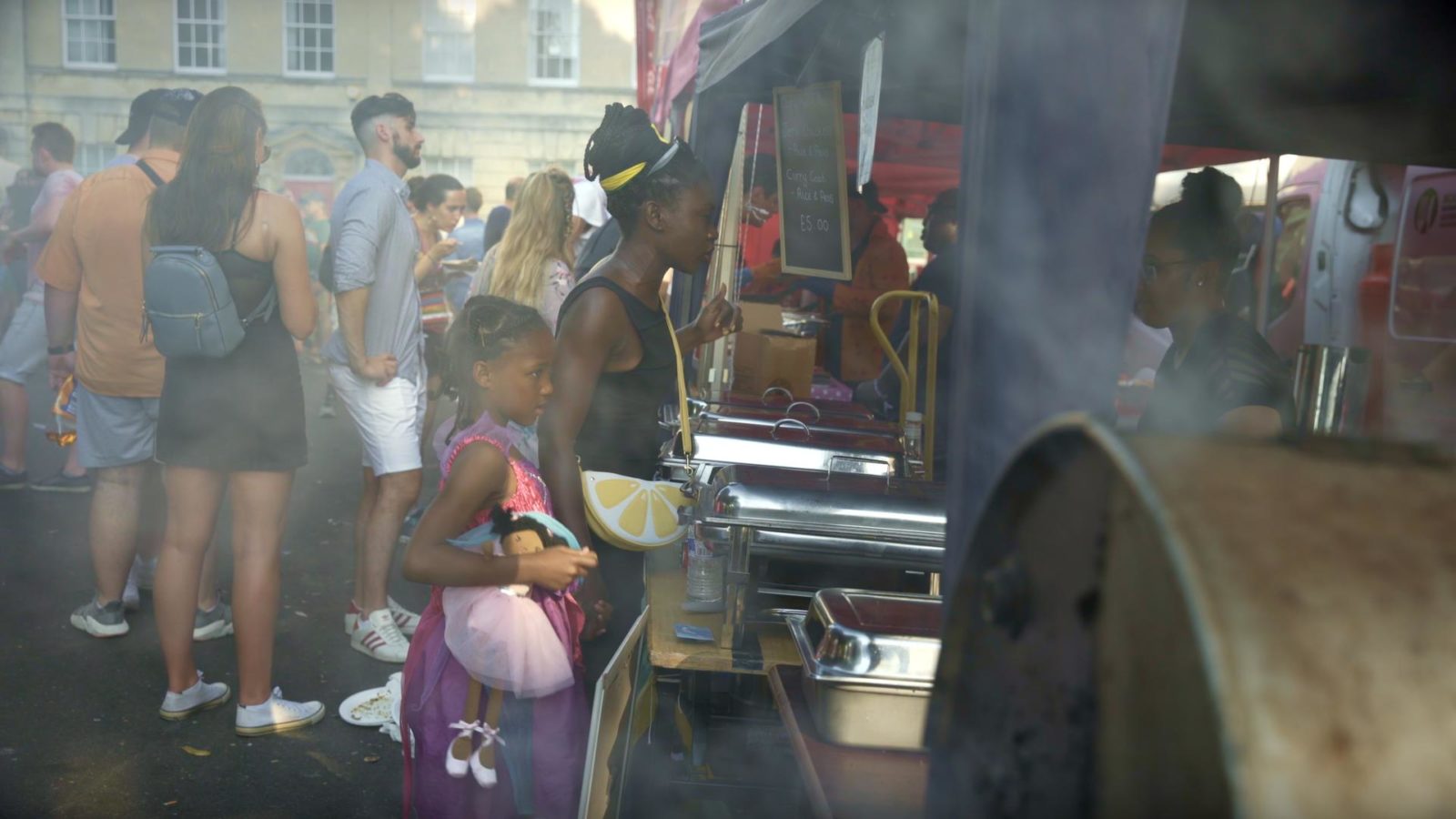 Last year, we reported on Stuart Napier’s Carnival – the first drama ever to be shot against the backdrop of the St. Pauls Carnival. Since then, the film has had its US premiere at the largest black film festival in America, The Pan African Film Festival, and has been selected for inclusion in the San Francisco Black Film Festival.

With this year’s event cancelled because of Covid-19, Stuart has decided to make his film available for viewing online during carnival week. This is completely free of charge, but you’ll have to be quick if you want to watch it as it will only be online until Carnival Day – July 4.

Shot vérité-style during the 50th anniversary carnival back in 2018, Carnival tells the story of former wild child and absent mother Rochelle, who returns to Bristol to reconnect with her young daughter, Soraya. The cast includes Nadia Williams, whose credits include Broadchurch and Casualty, Ed Browning of Poldark fame, and veteran Bristol reggae musician Dennis McCalla, AKA Dallas.

Stuart and his team also took part in an online Q&A with Roger Griffith MBE for the film’s UK premiere, hosted by Encounters and organised in partnership with the Carnival itself. You can view this above.

Read more: ‘Carnival’ is the first drama to be shot against the backdrop of St. Pauls Carnival