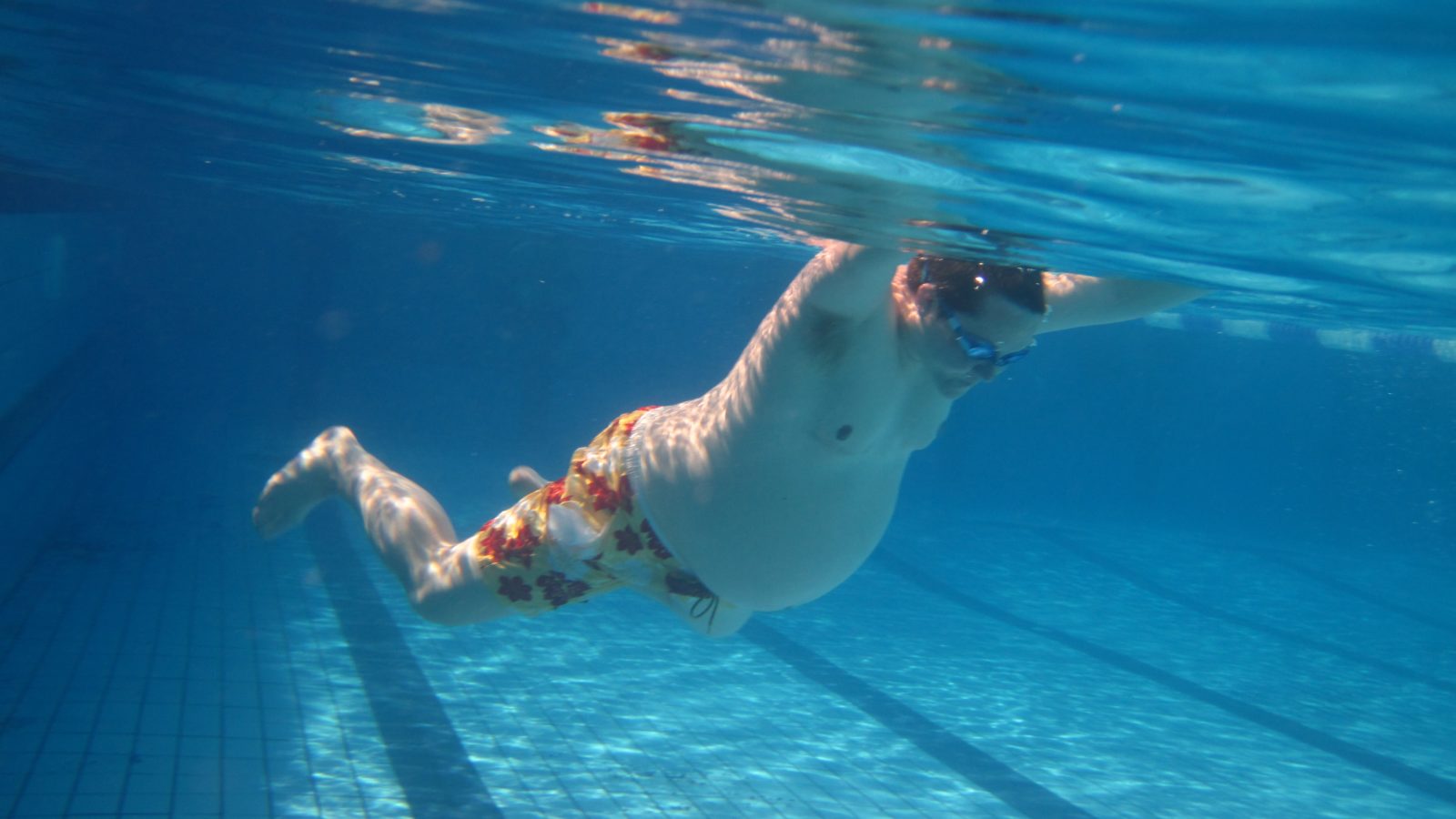 A Deal with the Universe was never intended to be a feature documentary. A BFI Flare film programmer for nine years and a member of the programming teams for both FilmBath and the London Film Festival, Bath-based transgender filmmaker Jason Barker originally planned only to document the IVF treatment he underwent with his partner Tracey. But to say things didn’t go entirely according to plan would be an understatement. Jason kept his camera rolling over the ensuing eventful 15 years and has now complied the footage into an intimate film telling the remarkable story of how he came to give birth to his child.

At a time when trans issues seem to have become highly politicised, it’s good to be reminded that there are compelling human stories behind the headlines and rhetoric. You can’t have anticipated this when you started filming, but you must be delighted that A Deal with the Universe is so timely.

When I was filming A Deal with The Universe, nobody was very interested in trans people. We ran conferences, arts festivals and film festivals that went completely under the mainstream radar. In 2012, I started to think about putting all the footage together to make a film and was invited to a documentary development programme at the Berlin Film Festival. I pitched the idea, everyone seemed very excited and then I started getting texts from friends warning me that one of the UK tabloids had issued a bounty, offering money for any information about the “UK’s first pregnant man”. Of course, it might not have been me they had in mind. There have been about six first pregnant men in the last few years! But it was enough to freak me out and put me off sharing this story for a while. And then a couple of years ago was the so-called “transgender tipping point”. Trans people were on TV and magazine covers and it all seemed to be very positive. I thought I’d better pull my finger out and get this film made because people aren’t going to be bothered about trans people much after this. And now we’re in probably the bleakest period I can remember for the trans community with negative articles about us in the press on a weekly basis. Maybe this is just the right time for a film like this.

The public perception of trans people often seems to be that of a homogenous group, and yet your film underlines the fact that this masks a diverse range of experiences, opinions and outlooks. How important was it to challenge these assumptions?

Usually films about trans people centre around the person’s transition but I think our real lives are so much richer and more complex than before and after photographs and a bit of grisly surgery footage would suggest. Some people have described A Deal with the Universe as extraordinary and ordinary at the same time and I think there’s truth in that.

Your child must have been born some time ago now. How did it feel to revisit the extraordinary, sometimes traumatic events shown in the film?

Enough time had passed by the time we started making the film that I felt ready to work with the footage in a more objective way. If it had all happened last week, I might have been more sensitive. But actually in the edit suite for three months, you need to be relaxed with your material. Nothing can be sacred!

It’s a refreshingly frank and emotionally open film. When you decided to put it together, did you and Tracey have discussions and/or disagreements about where boundaries should be drawn in terms of what you were prepared to put on public display?

Tracey and I talked about it before we began editing and both agreed that we’d have to just go for it. I wasn’t bothered about how I look in the film – there’s lots of flesh. But I squirmed at some of the things I said 15 years ago, as any of us would. Tracey was very cool and didn’t actually watch any of it until we’d finished editing. 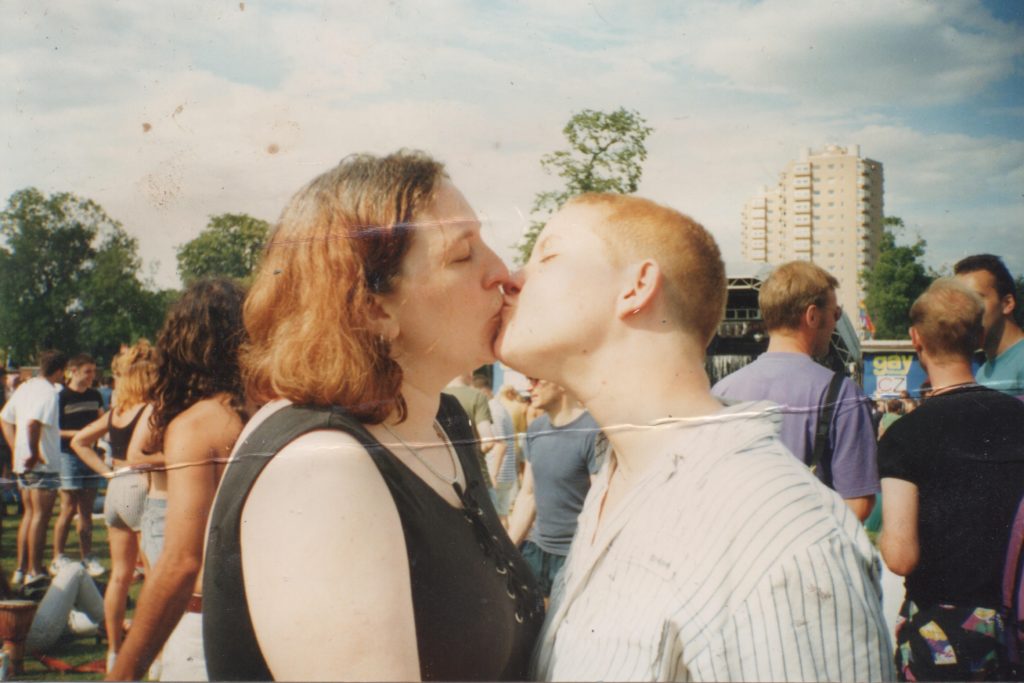 Jason Barker and his partner Tracey

I worked with a great editor called Rachel Meyrick who is a very funny person. She was excellent at cutting the footage to bring out the laughs. Humour is such a great way of bringing people in, of connecting with people. I used clips from stand up routines I’ve done because that was a way I used humour to cope sometimes, turning difficult situations into comedy.

Audiences coming to see a freaky ‘pregnant man’ film may be surprised to find themselves spending 90 minutes in the company of an ordinary, loving, occasionally bickering couple who are going through something that most of us will never experience. You’ve done some Q&As after screenings. What are the most common responses?

We’ve had some great reactions from people after the film. I think you are right; it’s a bigger story than the headline “pregnant man”. I think that’s because I’m telling the story myself. That was fundamental to the whole project. I was really lucky to work with a great producer, Loran Dunn, who fully supported that, I’ve had lots of conversations afterwards with people who have had fertility treatment who say the film really shows what that experience is like for anybody. Audiences have been really kind. I think that’s because we all appreciate authenticity and honesty in these days of fake news and viral whatnots.

Any plans for a second child? Or another film?

No plans for a second baby but lots of plans for more films!

A Deal with the Universe opens on April 26. Go here for cinemas and screening times