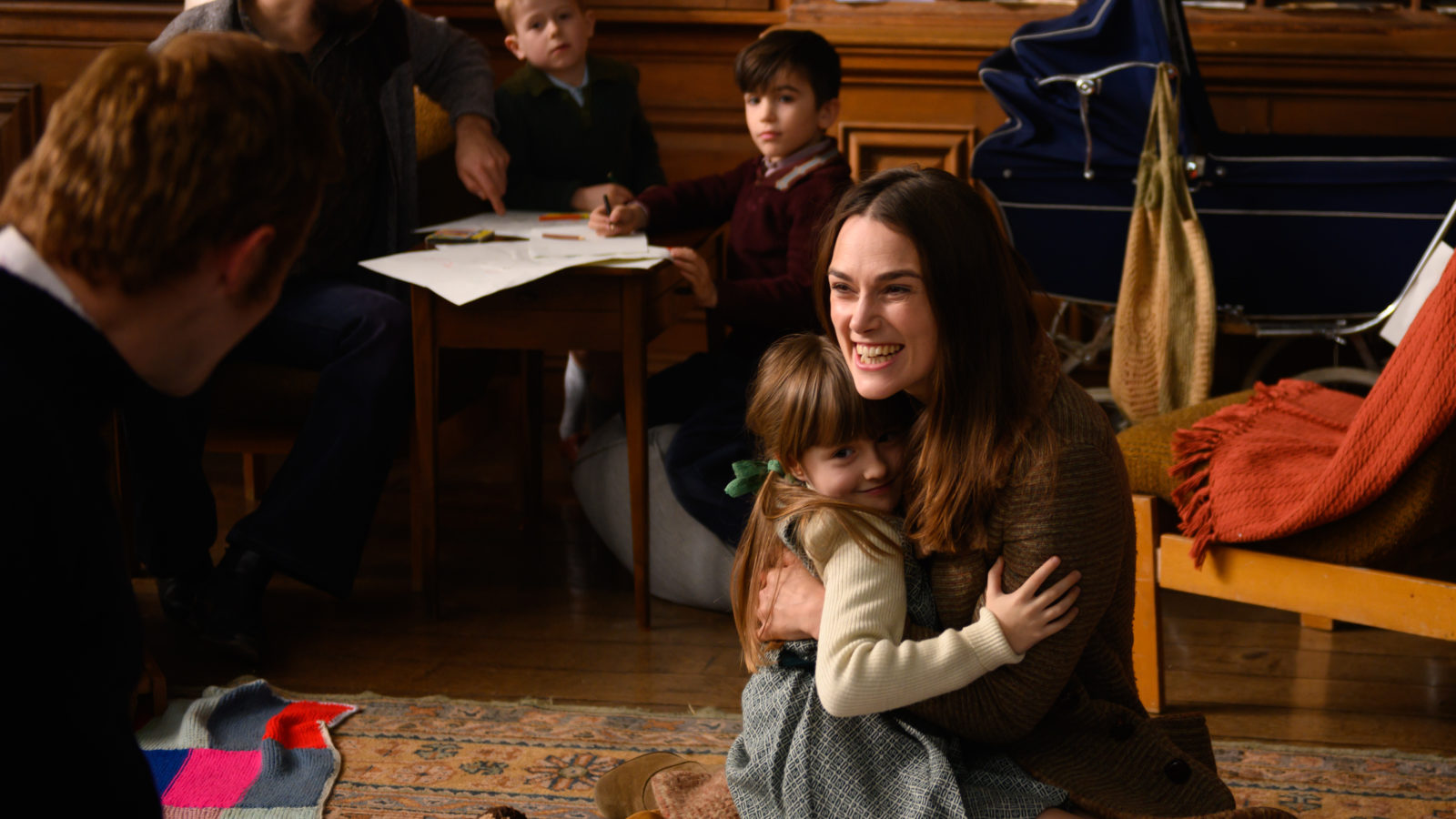 I’m supposed to be talking to Philippa Lowthorpe about her new film, Misbehaviour, but we quickly get sidetracked onto the subject of Netflix’s hugely successful The Crown. She directed two episodes in series two – the one about Her Maj’s first televised Christmas speech and the one about the Duke of Windsor being a Nazi.

So it must have been enormously disappointing to hear Peter Morgan announce that the series will end before the latest ‘Megxit’ ructions. What could be a better fit for her than those themes of race and feminism? “It would be, wouldn’t it?” she agrees. “Absolutely perfect. You never know. When they made the decision to end where they said they’re going to end, they didn’t know what was going to happen in the future, so maybe they will carry on…”

The Kingsdown-based director started her career in BBC Bristol’s Documentary Unit (“when it was really experimental and let you make authored films”) and has gone on to helm a wide variety of drama for TV, ranging from Call the Midwife (for which she became the only woman ever to win a BAFTA for Best Director) to the brilliant, harrowing and multiple award-winning Three Girls, exploring the background to the Rochdale child abuse scandal.

For the cinema, she directed the well received 2016 reworking of Swallows and Amazons. Comedy-drama Misbehaviour is her most high-profile project to date. It also boasts the starriest cast, headed by Keira Knightley, Gugu Mbatha-Raw and Jessie Buckley.

It’s a great story. Not unlike those recent royal events, the 1970 Miss World pageant at the Royal Albert Hall saw the winds of change blowing through a crusty old institution as racist and sexist traditions were challenged. While leering American host Bob Hope went through his routine, a group of young feminists (women’s libbers, in the parlance of the time) stormed the venue, chucking flour bombs and smoke grenades.

Meanwhile, growing controversy over apartheid had led to a curious compromise in which South Africa was represented by two contestants. The official one was white. Miss Africa South, Pearl Janssen from Cape Town, was black. By the time the smoke (literally) cleared and the first black Miss World had been crowned, there was no going back. 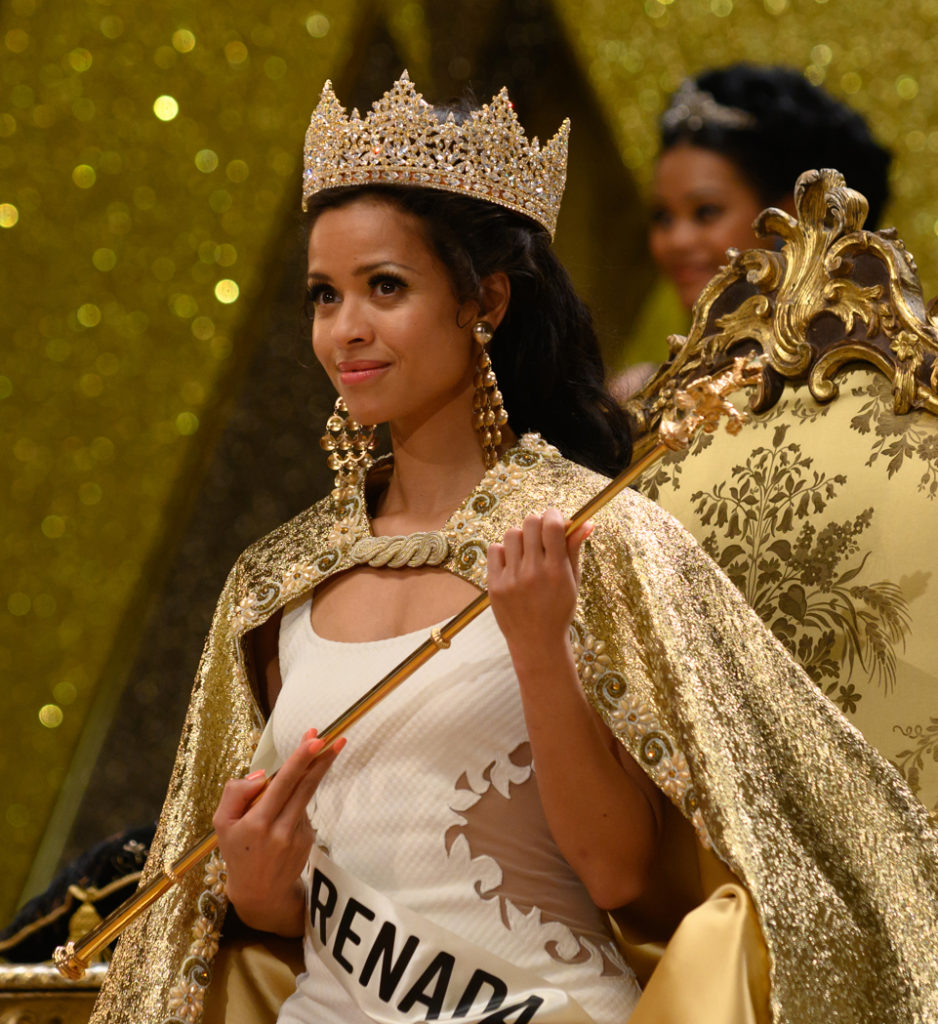 Gugu Mbatha-Raw as Jennifer Hosten, aka Miss Grenada, in Misbehaviour

Philippa was eight years old at the time. “I don’t remember that event at all. But I’ve got two other sisters and I remember us going around in our swimming costumes and playing Miss World. I don’t think I was the winner. I was always third.

“My mum disapproved of Miss World and she didn’t really like us playing it. I remember her saying, ‘This is really not a good way for women to display themselves’, and me and my sisters thinking, what the hell are you on about mum? We just really liked looking at the pretty girls. But now, of course, you look back on that and think, wow, that was not good really. . .” 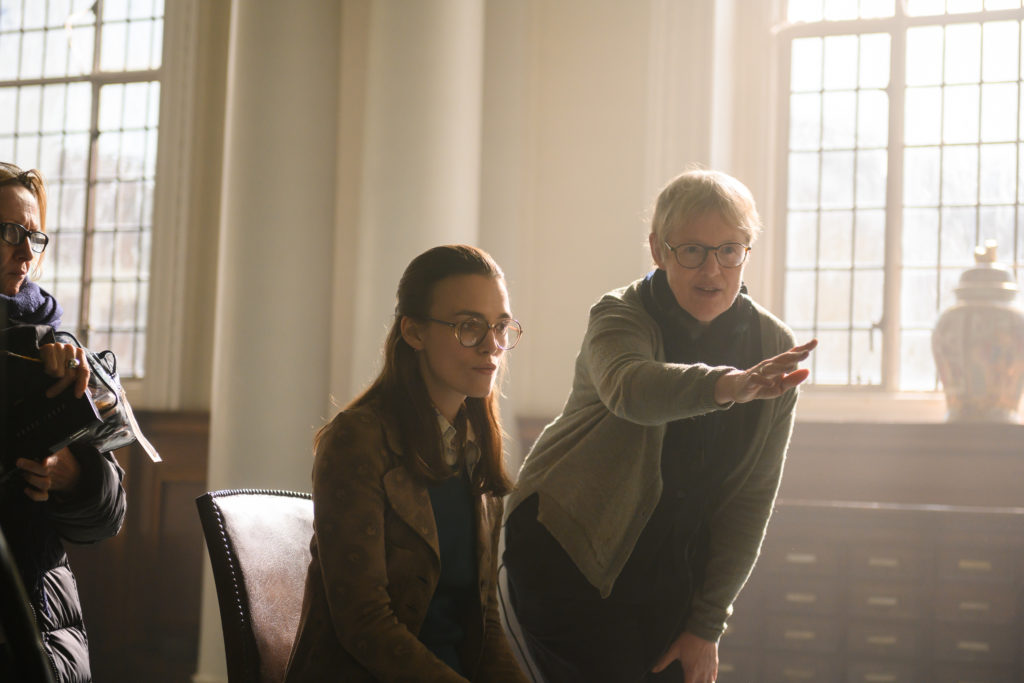 Philippa Lowthorpe directs Keira Knightley on the set of Misbehaviour

It was Philippa’s love of telling real stories, born of her documentary background, that drew her to Misbehaviour. “I just loved the fact that women who are now in their late seventies did this amazing thing when they were in their early twenties.

“The women’s liberation movement has sort of been forgotten about. I thought it was a brilliant idea to look at it again now after the #MeToo movement has raised awareness of those issues again. What they did was so brave. I wouldn’t have dared do that when I was 22 or 23. Those women thought of themselves as revolutionaries. They’re all incredible women and they all went on to do extremely interesting things with their lives. They’re still angry!”

All the women involved were consulted and have now seen and endorsed the film. But while the 50th anniversary is a good hook on which to hang publicity, isn’t it rather surprising that this story hasn’t been told on screen until now?

“It is surprising. Although [producer] Suzanne Mackie and [writer] Rebecca Frayn first heard about the story about eight years ago when it was on a Radio 4 programme called The Reunion. So it’s taken them a long time to write it and get the funding to make it. Why hasn’t it been told before? I think people are much more interested in women’s stories now, all of a sudden. A lot of cinema was very male before.” 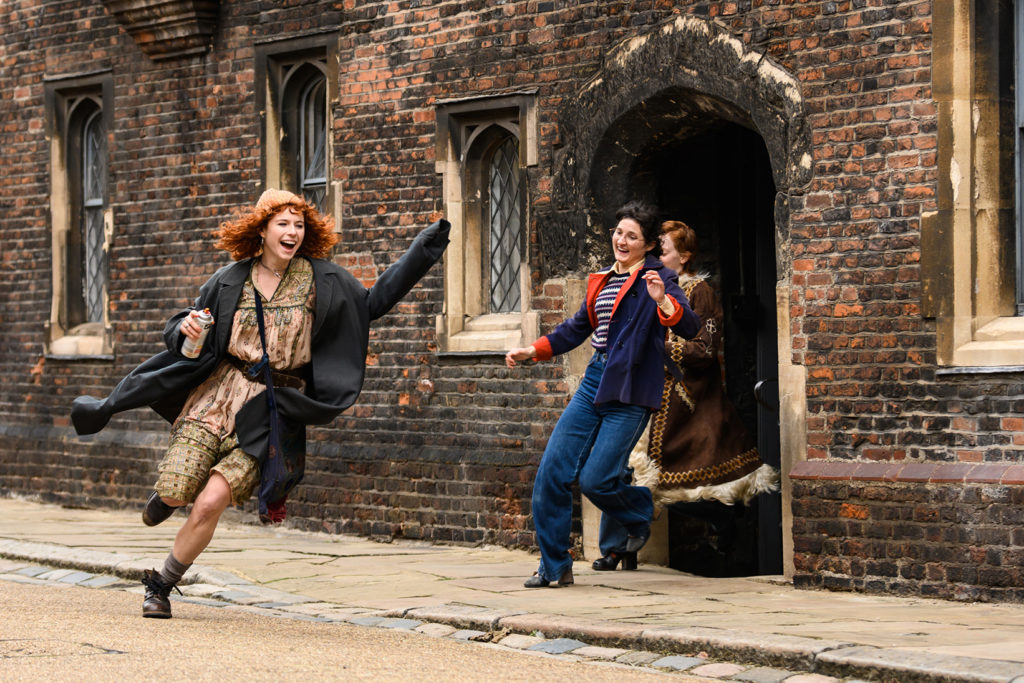 Was she at all daunted by taking on such a high-profile project? “No,” she says firmly. “I wasn’t daunted because everything I’ve made has been a big challenge. I think Three Girls was the hardest thing I’ve ever made and the most serious. This was daunting in a different way because it was really important to me that it talks to a lot of people and engages with a big audience.

“I wanted to make a film that was fresh, exciting to watch and fun, with a broad appeal. I wanted it to be a celebration of these women  – not only the women in the women’s liberation movement but also the young women who were the contestants.

“Because it was so interesting to tell their stories too. They weren’t just silly little bimbos. They were women also trapped by societies that gave them no opportunities, so they were using Miss World to do something new.” 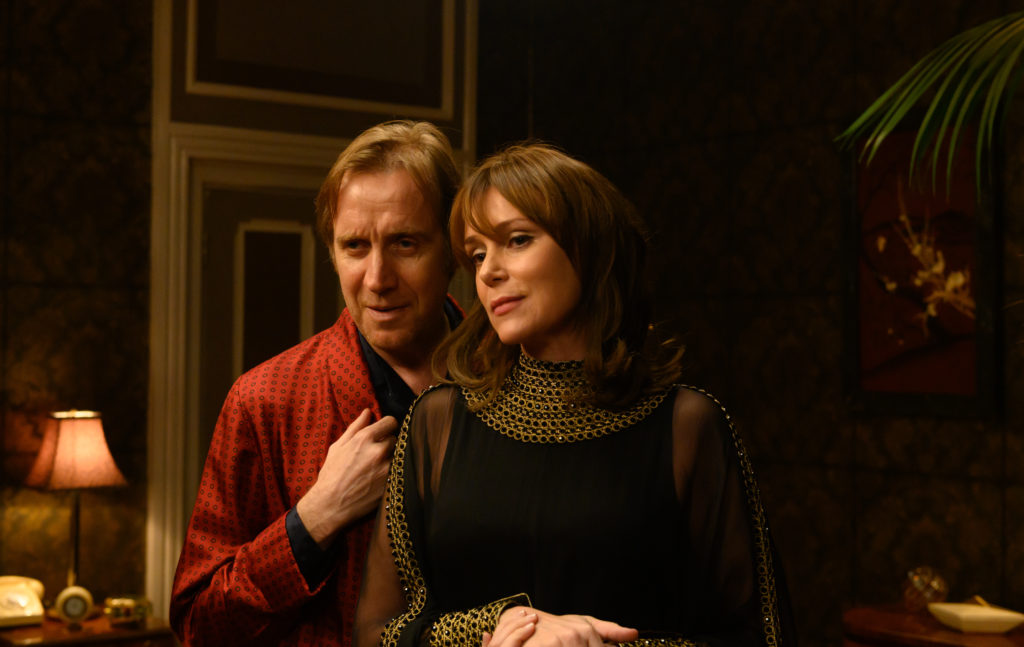 Indeed, at a time when political debate seems to be polarised through social media, it’s refreshing to find that Misbehaviour tells a more subtle and nuanced story than one of heroes and villains designated as such by the ideological purity police.

“That’s really important to us,” insists Philippa. “As a women, I really did not want to demonise the contestants. The women’s liberationists were absolutely adamant that when they did their protests it was not against the contestants.

“It was a demonstration about society. It was very, very important to me that the story showed these different points of view. And also other women like Bob Hope’s wife – an older woman. What was it like for her to be married to this man?

Read more: How one Bristol film director is taking on the industry’s ‘pandemic lack of inclusion’

“And [Miss World chairwoman] Julia Morley, who’s an incredible character. Even though she was doing Miss World, she was a businesswoman who was ahead of her time. Eric Morley treated her as an equal. Their relationship was one to be admired. I wanted to make this a really complex look at what the world was like in 1970.

“I hope it will inspire young women to stand up and take action for women’s rights. It’s one of those films that I’d like grandmothers, mothers and daughters to go and see, because I think it crosses all generations.” 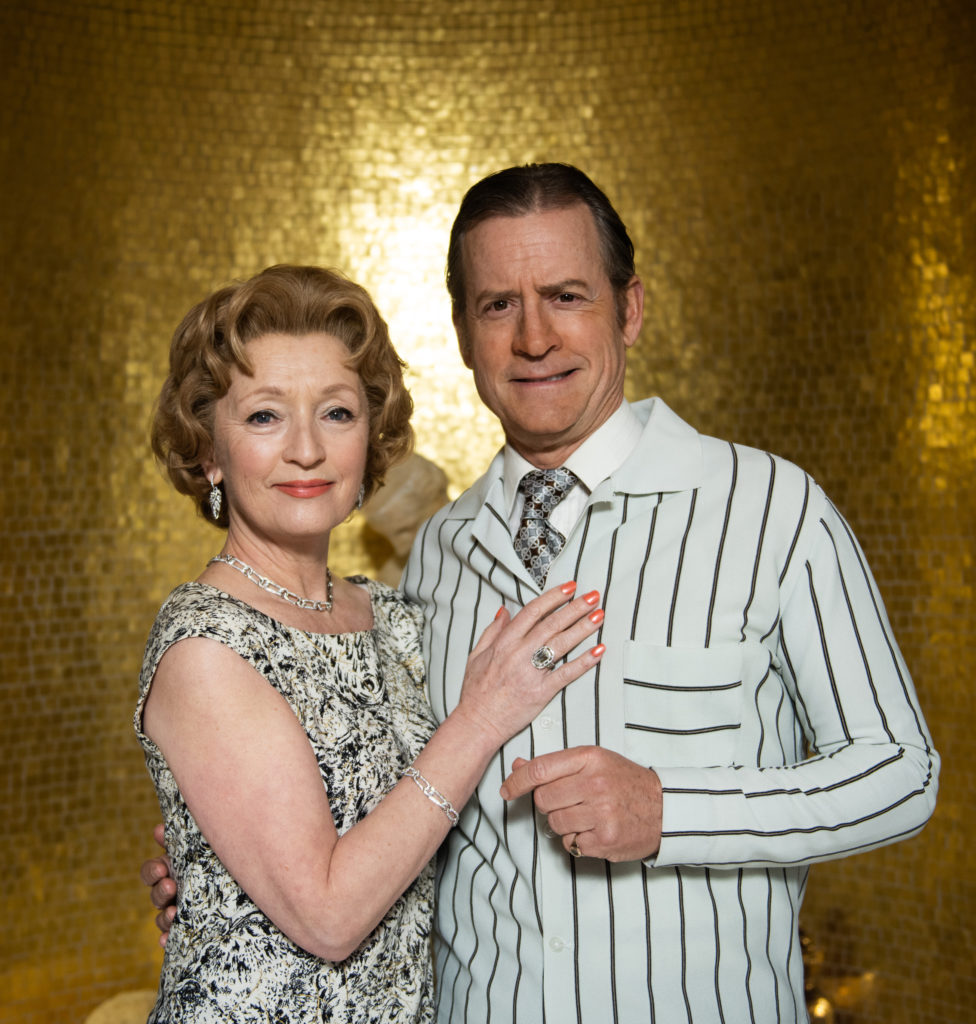 For filmmakers, there’s still a long way to go. The recent BAFTA diversity controversy has underlined the fact that it remains a challenge for women and BAME filmmakers to gain a foothold in the industry.

Even a director of Philippa’s standing eventually hits a glass ceiling. “I would love to make a really big thriller,” she confides. “Women never get asked to make something like a Bond film or the Bourne films, do they?”

Misbehaviour opens in cinemas everywhere on March 13. Philippa Lowthorpe will be present for a Q&A after the Watershed’s 2.30pm screening on Sunday, March 15.

Read more: 20th Century Flicks gets its own flick