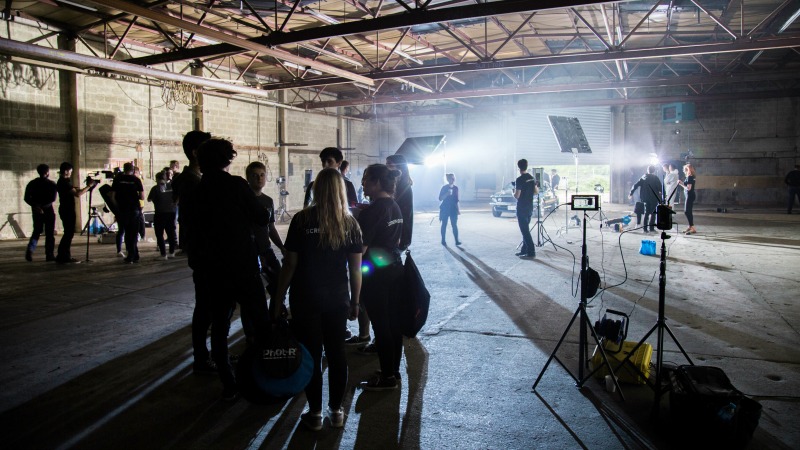 Bristol film school and production company Screenology has joined forces with the Theatre Royal Bath to embark on an ambitious local feature film project that its own ‘director of possibility’ concedes is “bonkers”.

The self-styled ‘community feature’ is a eclipse-themed ensemble drama that intertwines six stories, Crash-style. It’s entitled The Day That Broke and the official synopsis goes like this:

The various characters, on a number of timelines before, during, and after the event each respond differently to it – and indeed, those timelines become different worlds since the eclipse, mysteriously, never ends.

Work has just begun on the project, which was written by Mike Akers, Sharon Clark, Katherine Mitchell and Samuel Edward Taylor.

It uses exclusively local locations, a cast of 100 amateur actors from the South West, volunteers from the public in various roles, and a core crew of industry-based staff and their students at Screenology, based on Clare Street in the Old City.

Just to add to the self-imposed pressure, the premiere is booked at the Little Theatre Cinema on April 19, giving the team just 100 days to complete their film.

“It is bonkers, but we can make it work,” insists Tom Brereton-Downs, Screenology’s director of possibility.

“A good example of the film’s opportunities for collaboration is the massive carnival scene, during which the eclipse happens.

“We’re particularly excited to encourage Bristol’s communities to join forces, and to show on film how vibrant and energetic this city can be – not only as a demonstration of what filmmakers can achieve here, but also as a cultural collaboration for the people of Bristol themselves.”

Community producer and Screenology student Sonia Wargacka adds: “We are counting on partnerships all around Bristol and in fact we already did a similar thing last year in January.

“For the Shakespeare Festival in Bath we produced 12 short films by ten writers that took a fresh look at Shakespeare’s work through a feminist lens, and weaved them into a feature. We shot it all in a week.

“The work we do at Screenology is always a challenge, but I think if there’s one place in the world in which a community feature could work, it’s Bristol.”