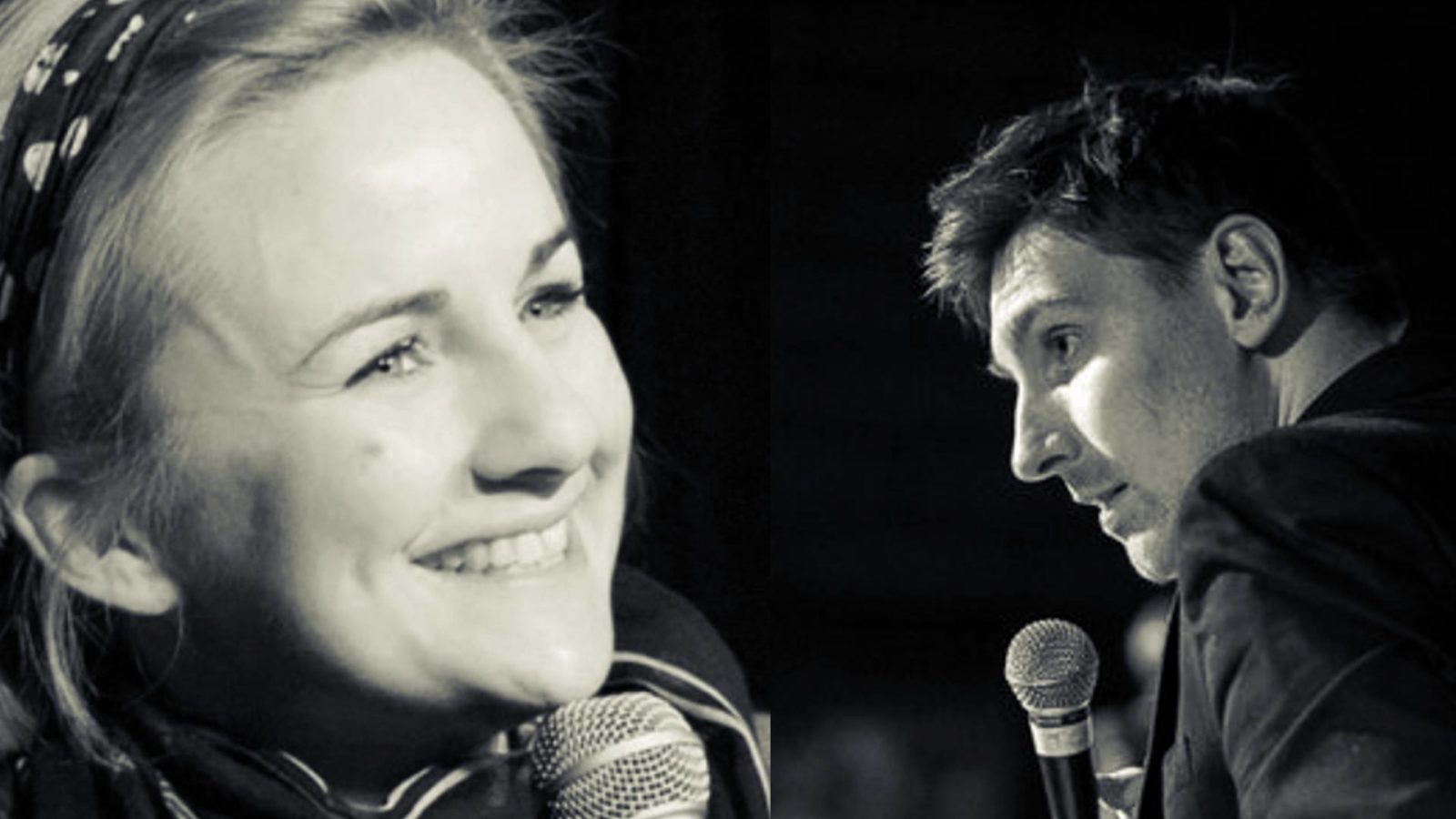 “It’s down an alleyway, then down winding, ancient stairs. There’s stone ceilings. It feels cavey…” says Tony Chiotti, as he mimes a low, parabolic ceiling with his forearms just above his head. “It’s absolutely perfect!”

Perfect, since you ask, for top-notch stand-up. Yes, Bristol city centre is about to get a brand new comedy club, in a 1741 public house beneath St Nick’s Market. The Cheese Comedy Club, which opens this month, will welcome top national and local acts to the basement of the historic Crown boozer.

Tony himself is still a recent transplant to Bristol, having moved here from his native Portland, Oregon in 2017. In that short time, though, he’s established a loyal following at his weekly comedy night, How Lazy Is He? at The Lazy Dog on Ashley Down Road. The show regularly sells out and has built a reputation among national acts as a warm and lovely mid-week room. 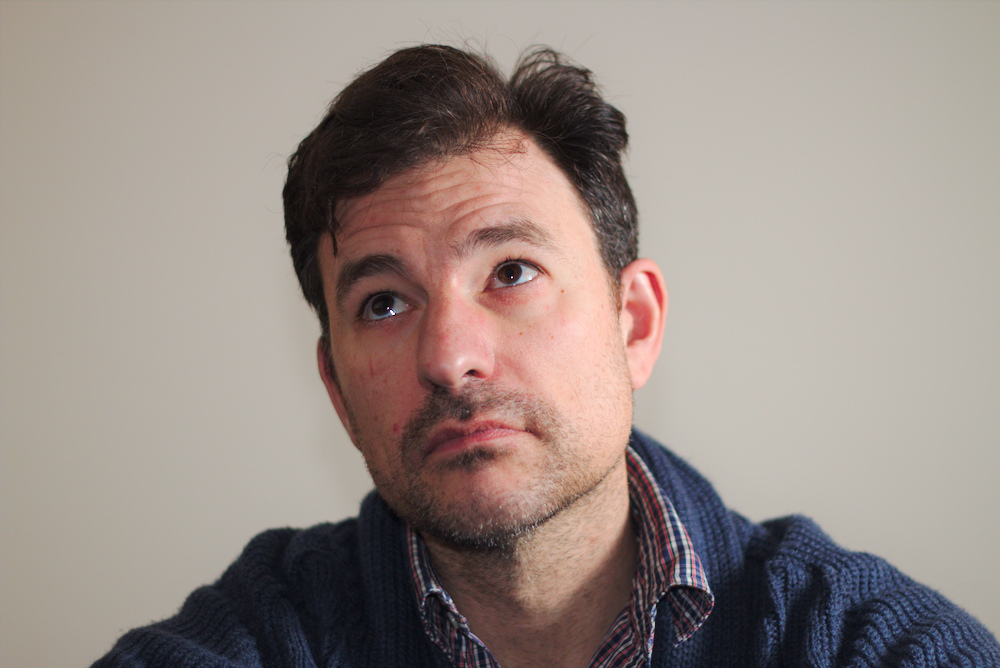 So how did the whole Bristol adventure begin for Tony? “A few years ago, I ended up in Bristol for one night almost by accident,” he explains. He wandered out of the hostel, and found himself down by the ss Great Britain, “just gawking around and taking in the touristy sights.

“A poster in a boat window led me to a comedy night at The Lazy Dog. I got there hours early, met the organizers and talked my way on for a ten-minute spot. It was a lovely gig. A few months later, two of the organizers were visiting me in Portland on vacation, going around the local open mic nights.” Not long after that, Tony received his Italian passport, with a long-term goal of eventually moving to the UK. 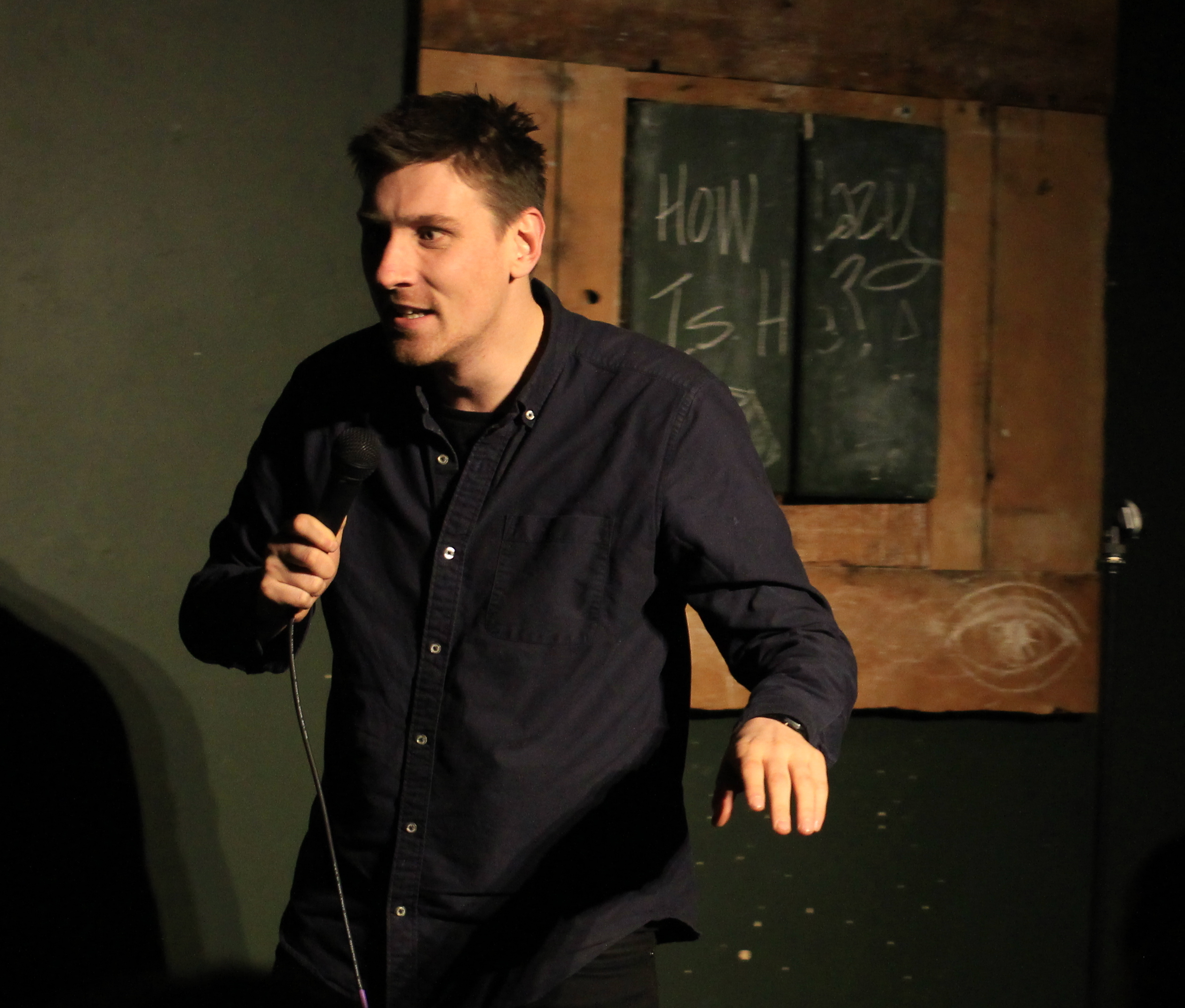 The Cheese Comedy Club launches this month with sets from (this pic) Sean McLoughlin and (below) Laura Lexx, both seen here at Tony’s other night at The Lazy Dog.
Pics: Tony Chiotti

“My plan was to wait a few years till I was funnier, but the week I got my citizenship was the week of the Brexit vote, so I ended up moving over as soon as I could. And Bristol seemed as good a place as any, so I just jumped.” Flash forward a couple years, and Tony’s now running the weekly comedy night at The Lazy Dog, which boast regular sell-out audiences, a devoted following, and a reputation as one of the best nights in the city.

And now, 2019 brings a new departure for Tony: monthly comedy at The Trap, the basement area of The Crown public house. “How Lazy Is He? is a tiny room above a cosy neighbourhood pub, which is what makes it work,” Tony explains. “But I also see a chance to do something one size up – still on a school night, still cheap, but featuring two absolute killers on every bill, and a chance for paid spots for some local acts in the middle. 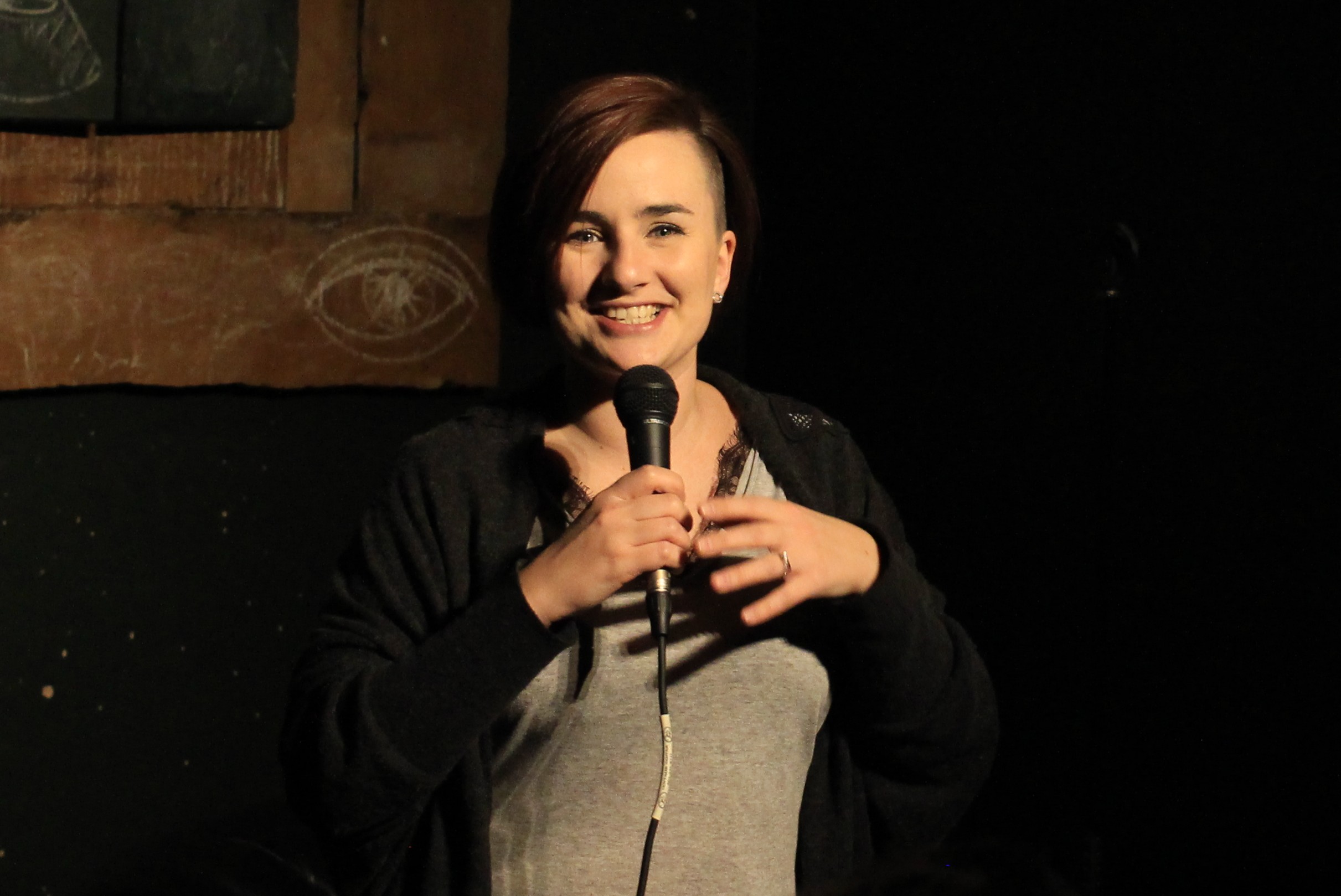 “I love the idea of people converging on this dimly-lit alley, coming down into this incredible space and finding the absolute top shelf of UK acts destroying it on a weeknight.

“I’m always looking for an excuse to walk into the old parts of Bristol at night, down stairs that are worn down from hundreds of years of drunks stumbling down them. The Trap has a low, parabolic ceiling, and it will allow maybe 100 people in the show room. When that space is full, and someone of the calibre of Sean McLoughlin or Laura Lexx get on, it’s going to be absolute madness down there. I can’t wait!”

The Cheese Comedy Club launches on Sunday, January 27 at The Crown, 10 All Saints Lane, Bristol BS1 1JH, with sets from Sean McLoughlin and Laura Lexx. For more info, visit www.facebook.com/events/282213858986243

How Lazy Is He? continues at The Lazy Dog every Thursday night from January 10. For more info, visit www.facebook.com/howlazyishe