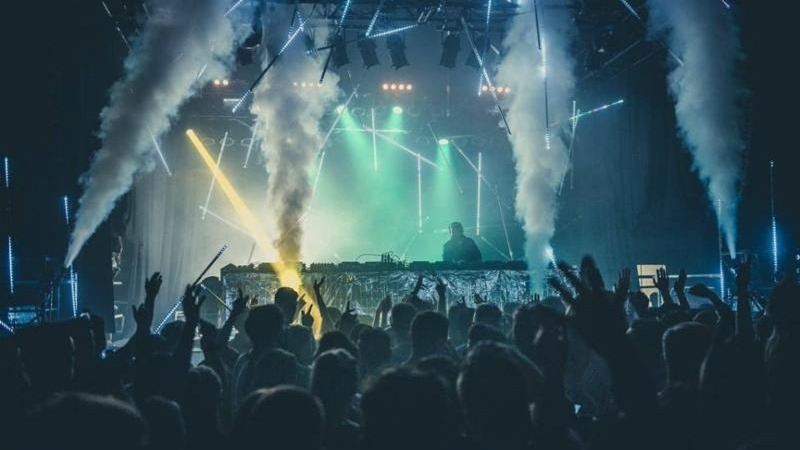 Bristol’s resident superclub Motion has announced that their flagship In:Motion series will cease after the 2019 edition.

Each year, the ex-skatepark invites a host of international DJs to play for the series, in what’s often acclaimed in publications such DJ Mag, one of the best places to party in the UK.

“With the surrounding area of the club continuing to evolve, Motion is facing certain challenges, which means there is no guarantee of another season of In:Motion,” the club said in a recent statement.

Motion faces an uncertain future in the light of new developments and the opening of Area 404, photo by Alastair Brookes

“It’s pertinent that the tenth instalment truly signifies what the series has brought to Bristol and the UK in general,” the statement continued. “This will be the last chance for dance music lovers to experience In:Motion as we know it.

“While we face uncertainty at the club, our passion towards developing high-quality events and bringing the biggest names in dance music to Bristol remains stronger than ever.

2020 will see a new wave of events and the start of a new chapter in the Motion history books. We look forward to sharing the dance floor with you for this last season of In:Motion.”

In July, the club announced 2019’s tenth anniversary series will feature the likes of Four Tet, MK and Shy FX among a host of huge names in electronic music.

Following the news that 2019’s In:Motion would be the club’s last, artists including Skream, Gerd Janson and the renowned tastemakers Boiler Room were added to the bill to soften the blow.

And while this doesn’t exactly signal the end for the club, the future remains uncertain for Motion, and not just because of development threats.

Boomtown Fair’s brand new Bristol party hub Area 404 sold out their debut shows in just one day, throwing their hat in the ring as the new superclub to be reckoned with. It looks to be a rocky road ahead for one of Bristol’s most popular venues.