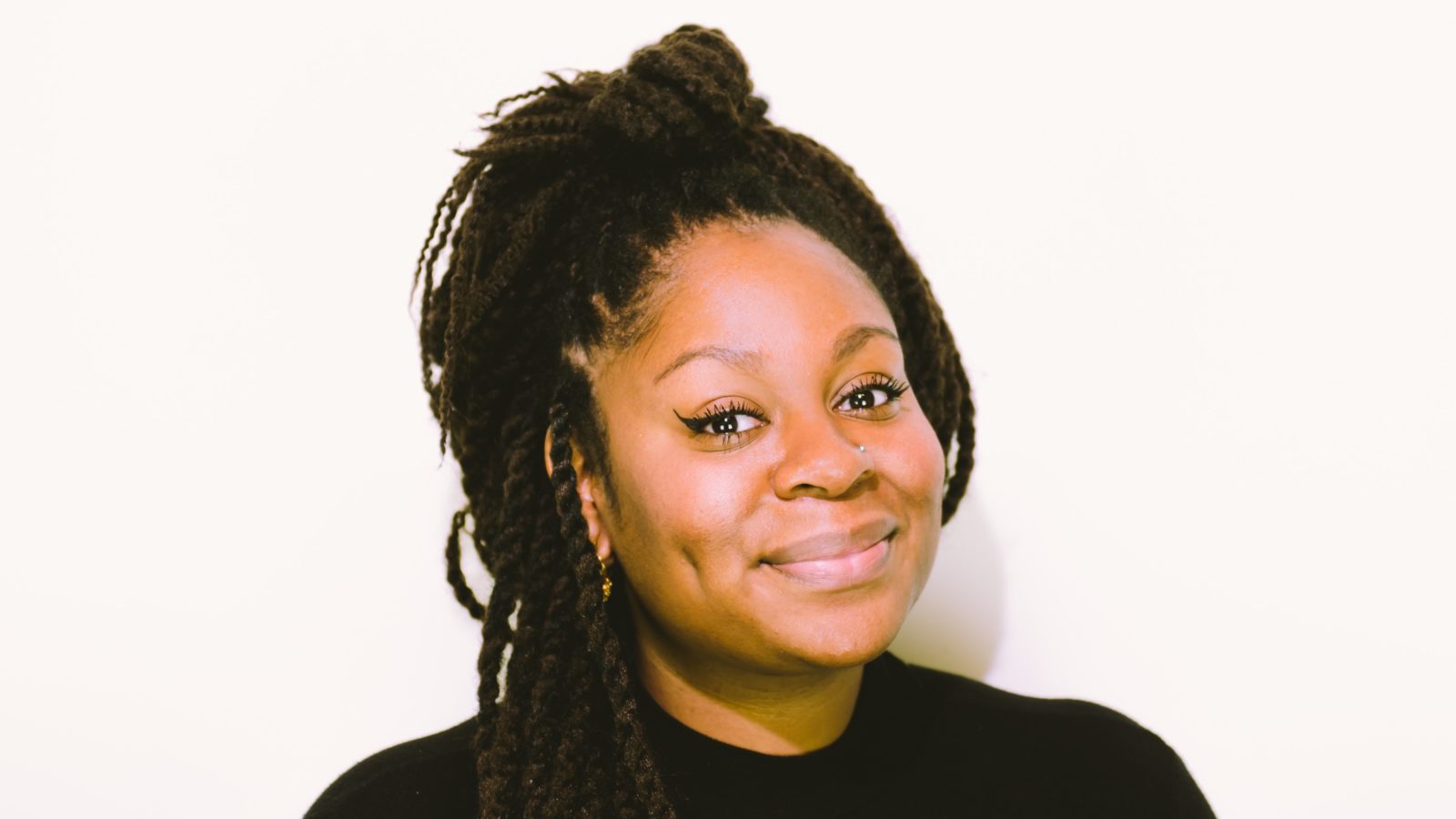 Candice Carty-Williams’ Queenie is one of the most eagerly awaited novels of the year and has been receiving brilliant reviews. Celebrated author, Kit de Waal calls it ‘Inspirational, funny and wise’, while Nikesh Shukla says it is ‘hilarious and off the wall and tender’. Ahead of her appearance at Spike Island, writer and publisher Candice tells Joe Melia more about the book, its phenomenal reception and writing about ‘now’.

What impact do you think your years of working in publishing have had on your experience of being a debut novelist?

I think it has definitely helped me with managing expectations, with understanding the market, and being able to have a complete view of how a marketing and publicity campaign can not just be formed, but how it also has to be agile. I also, more than anything, understand the timings of things. It’s been hard finishing a novel and then wait over a year for it to come out (I cannot tell you how many times I’ve been asked ‘is your book out yet?’) but I understood exactly why that decision was made. Buzz building has been so important. Plus, I knew that writing this book would fill a gap in the market; not necessarily financially, but in terms of where there was a complete void of representation. I could see the books that were coming in from agents and knew that Queenie was not one of them.

Which writers have had the biggest influence on you?

I would say Malorie Blackman for sure; Noughts and Crosses was one of the first times I felt seen as a young black woman. Then Louise Rennison basically ruled my heart and my head from the age of 15 and beyond. One line of hers from Angus, Thongs and Full Frontal Snogging that really stuck with me was a line said to the main character by her best friend: ‘Boys don’t like funny girls, Georgia.’ Georgia’s ponderings on that line, where she basically has a crisis of confidence, will always make me laugh, and made me look in on myself. Chimamanda Ngozi Adichie’s Americanah is one of the most important modern viewpoints of being a black woman that I think I’ll ever read, plus the works of Diana Evans are always a masterclass in human nature.

Queenie has received a huge amount of advance praise and has appeared on many ‘most anticipated’ lists for 2019. What has that reception meant to you and has it affected how you approach your writing?

The reception has been absolutely phenomenal. So much so that it feels like a trick, but that’s imposter syndrome for you! I definitely always felt a sense of responsibility when I began writing, and while I’ll never think I’m the voice of a generation, I appreciate that a lot of people now feel seen through Queenie and her various imperfections and mishaps. I’ve had hundreds of messages already, from women who have similar backgrounds to Queenie, and have gone through the same things and can now understand that not being the perfect woman, and not being a strong black woman, is an acceptable way to be. More than acceptable. In terms of my approach to writing, all I can do is keep going and hope people still like it! 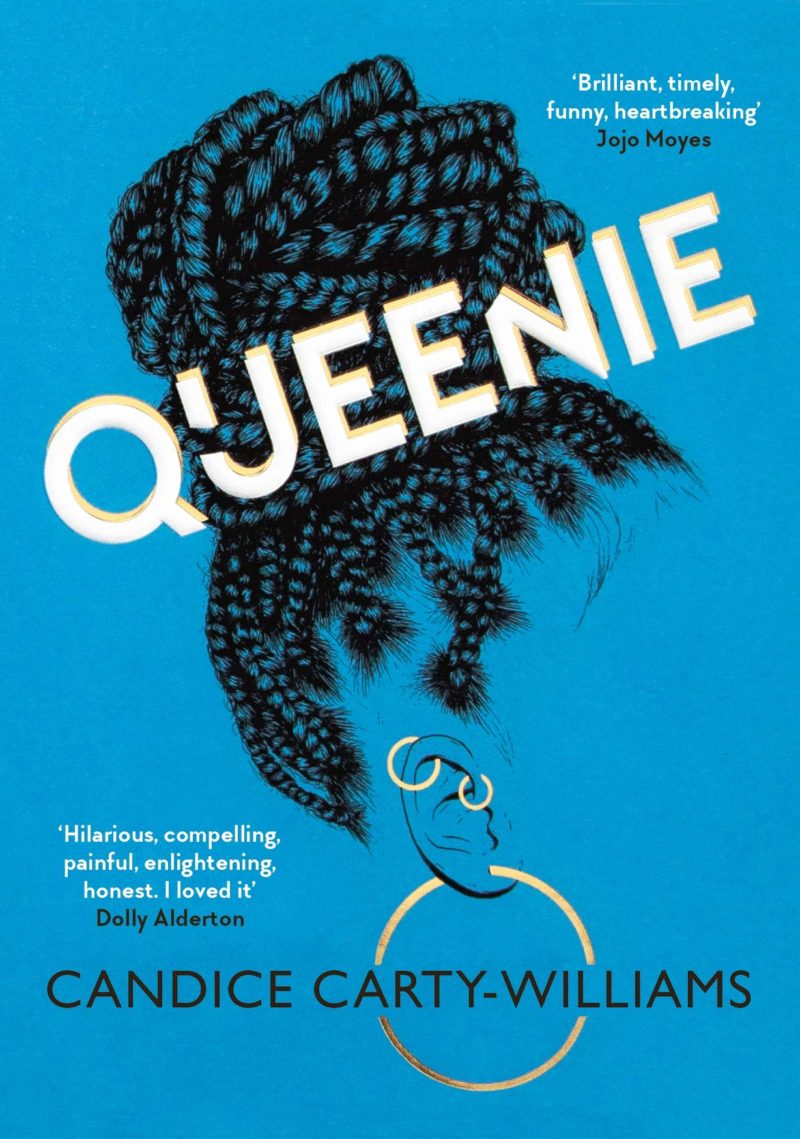 Candice Carty-Williams, author of one of this year’s most anticipated novels is appearing at Spike Island on April 25.

Queenie has been praised, amongst many other things, for being “timely”, “of the moment”, “topical”, and a “thrilling novel for our times”. How important to you was it to write about ‘now’?

As much as I’d like to go back and write about my grandparents’ generation because I just think that the time and lack of social media and that sparseness of knowledge at world level is fascinating, I think that I have to capture right now what the present moment means for young women. Thinking about how millenials are trying to navigate this current social, digital and romantic space and time is also so layered and exciting and is basically the perfect foundation for humour. I also think that movements such as Black Lives Matter and Me Too are absolutely vital, and it was important to me that I explored them through the lens of someone who is both black and a woman, as often that intersectional nuance is lost.

You said elsewhere “I’ve always been taught that if you don’t laugh, you’ll cry.” How much do you think this influenced you in balancing the serious and humorous when writing Queenie?

It completely has, but I think it also comes down to the fact that I’ll never write a “serious” novel because I don’t take the hard parts of life as seriously as I should. I think that’s probably because I’ve been able to survive the bad times. The anxiety, the depression, the heartbreak, the dating; if I hadn’t been able to rant about it and then laugh, I probably wouldn’t be the person I am. I’ll always write the way that feels true to me. There’s no point in me trying to write a big literary novel, because it wouldn’t be legit to my voice. I like to laugh, and I like to cry, and I like to write, so all of those things will always come together.

If you could change one thing about the publishing industry what would it be?

We need more underrepresented members of society in the offices, doing the work, commissioning the books, working on the books to get them into the right hands, and those people need more support than those who have seen themselves reflected in the books and the industry since the beginning of time.

Candice Carty-Williams will be discussing her novel Queenie at Spike Island on April 25. For more information, visit https://www.spikeisland.org.uk/programme/events/novel-writers-candice-carty-williams/