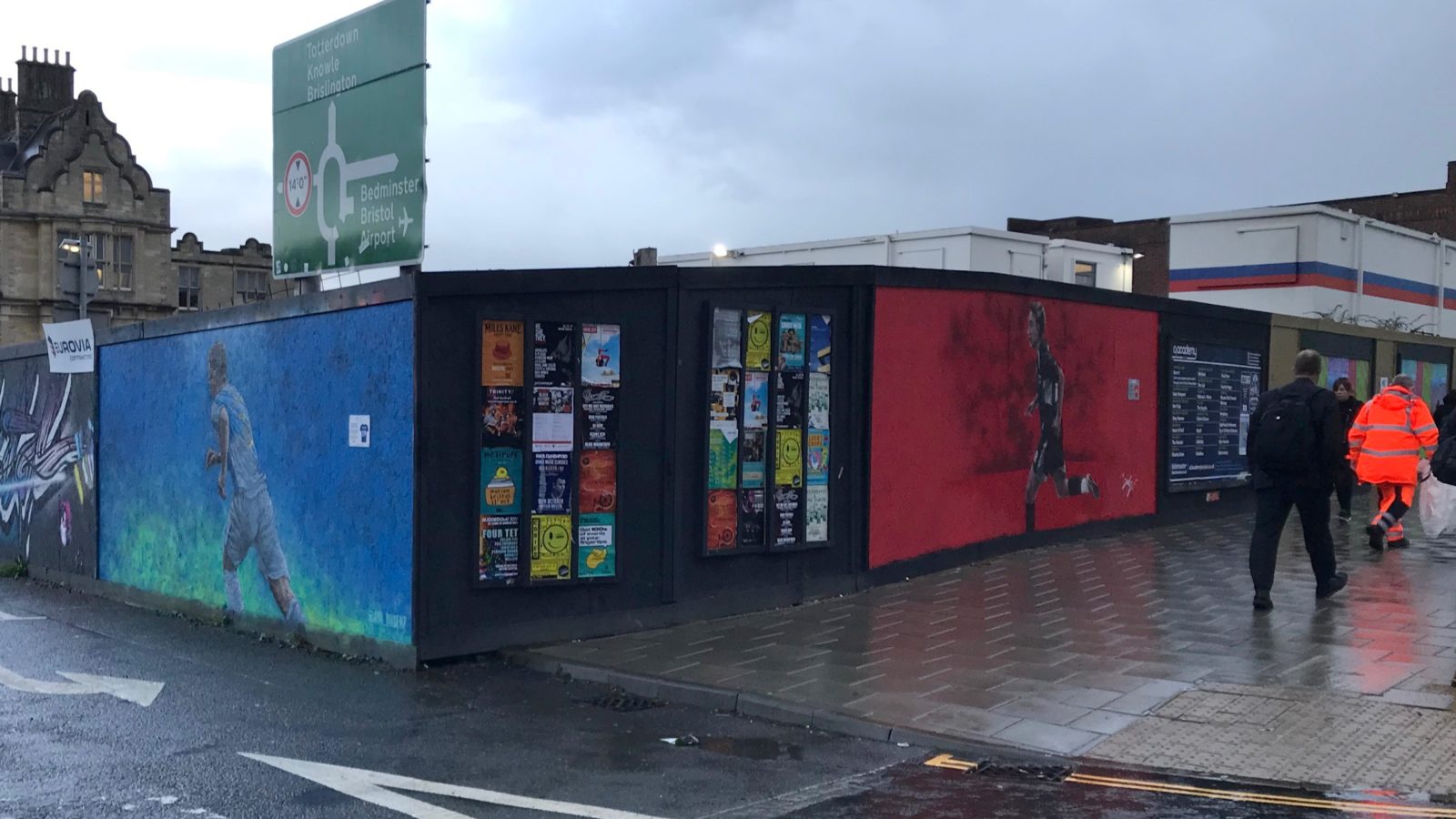 Following a public vote by fans of Bristol City and Bristol Rovers, two famous football league moments in the history of both clubs has now been created as street art.

The works near Temple Meads are part of the Goals Worth Talking About campaign from the EFL and Mind’s On Your Side.

The aim is to highlight how football is often a conversation starter and the importance of talking when it comes to mental health support. 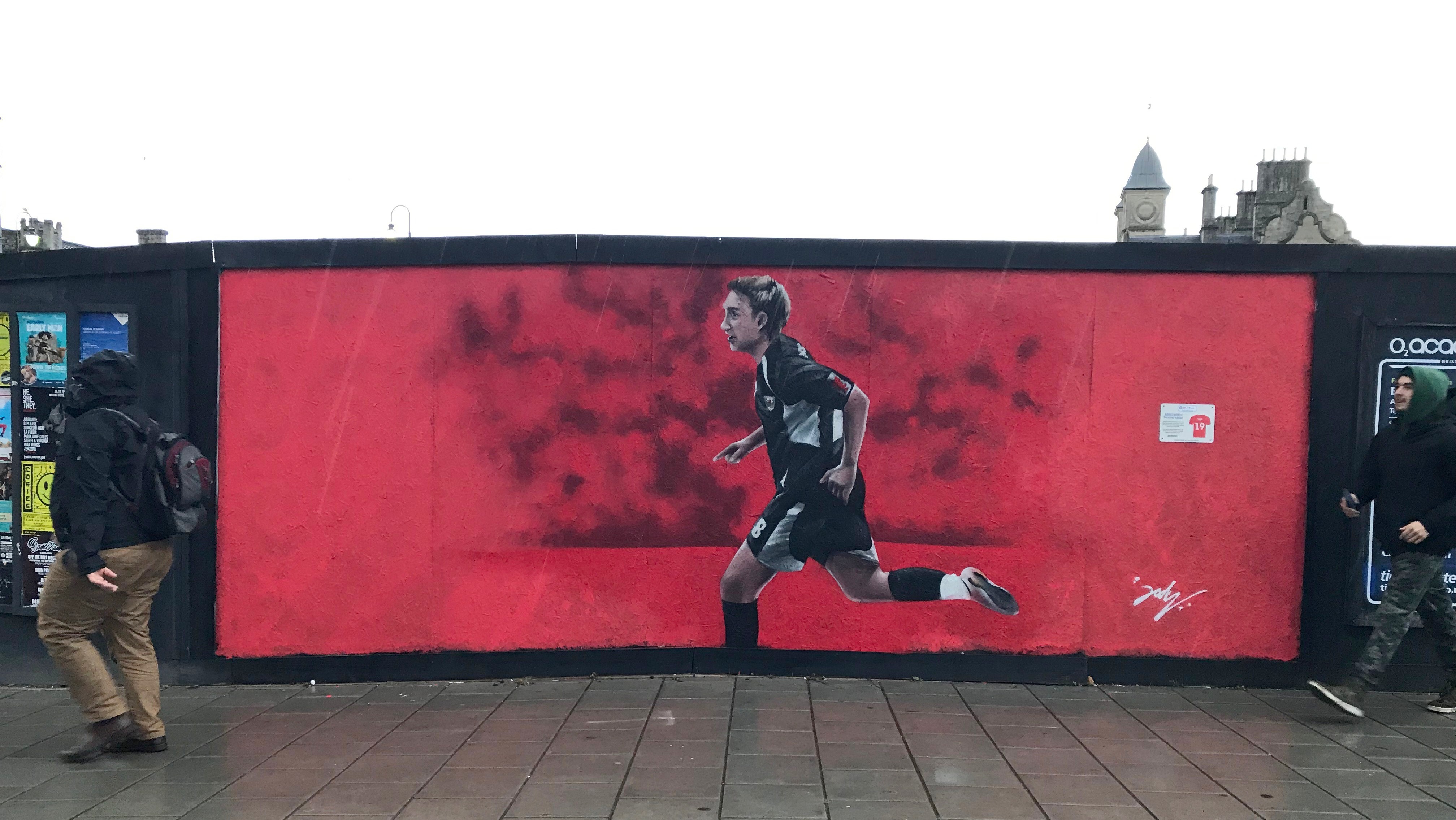 David Noble’s 30-yard thunderbolt for Bristol City against Crystal Palace in the 2008 Play-Off Semi-Final was painted by Jody.

For the blue half of the city, artist Nick Harvey recreated Lee Brown’s famous goal against Dagenham for Rovers in 2016. 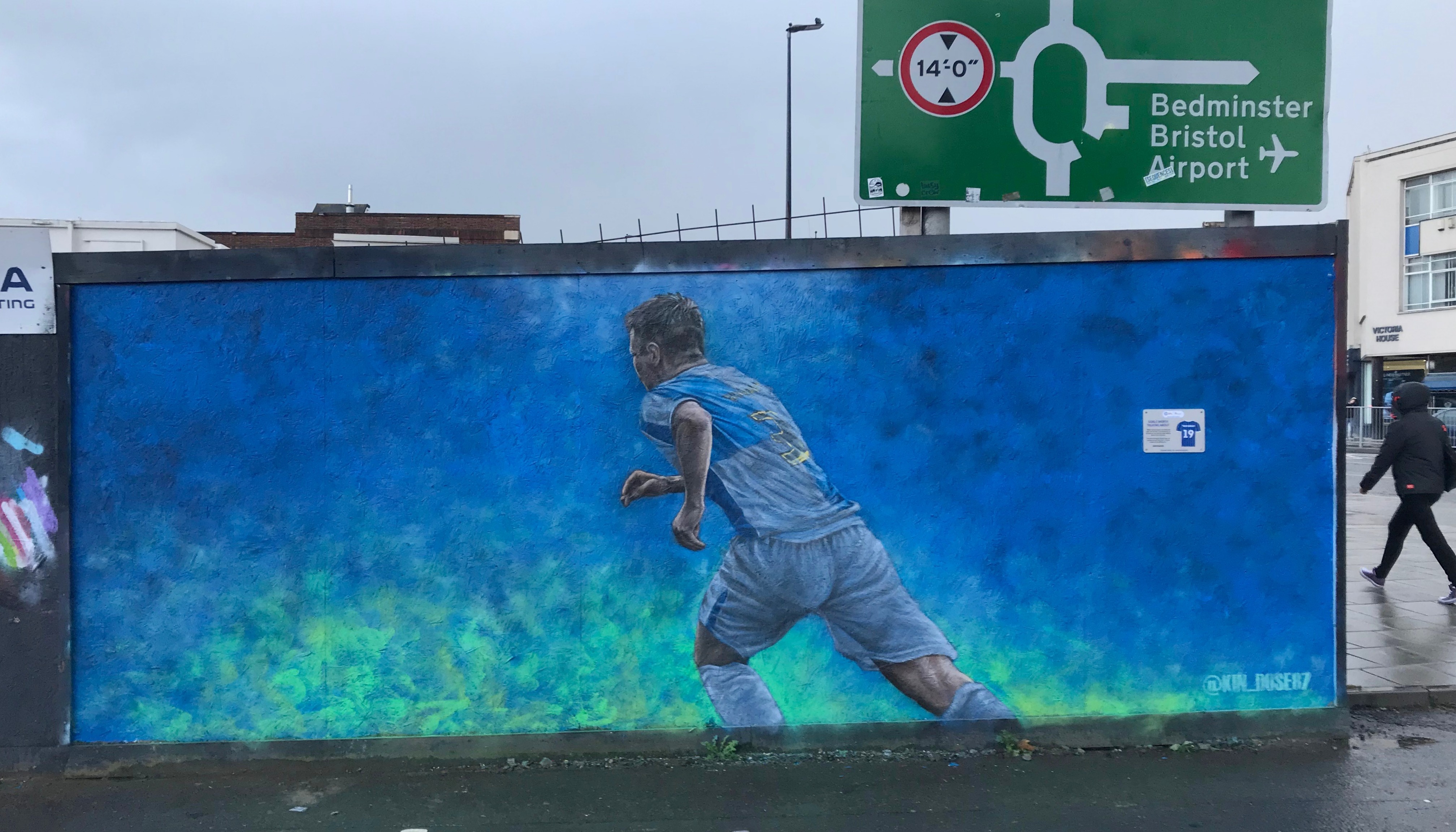 On the final day of the season, Brown’s stoppage time goal secured Rovers promotion to League One.