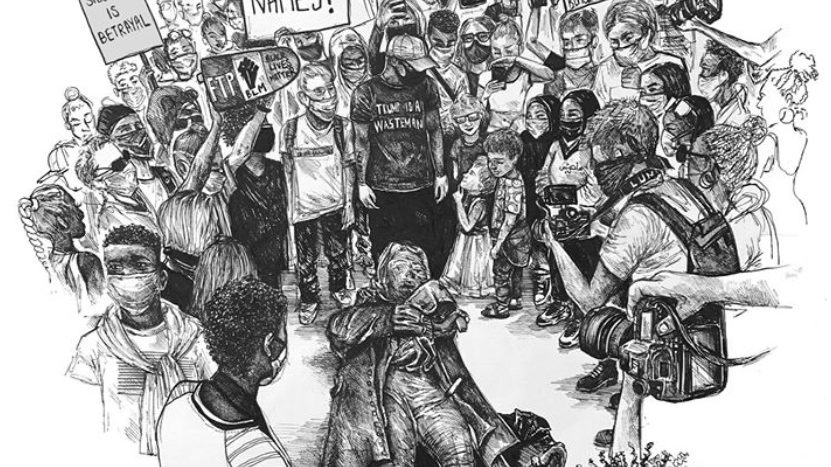 An illustrator has captured the moment that the statue of Edward Colston was toppled from its plinth.

Jasmine Thompson based her illustration on a photo taken by Marsden Murison. She drew the black and white piece in the hours after the statue was pulled down on Sunday, June 7.

“Seeing the statue come down was emotional,” said Jasmine, whose work appeared at the inaugural Bristol Festival of Light in February.

“It’s been a conversation for so long in the city, and I’m so grateful that now myself or anyone else will never have to walk past it again and be reminded of his legacy again. 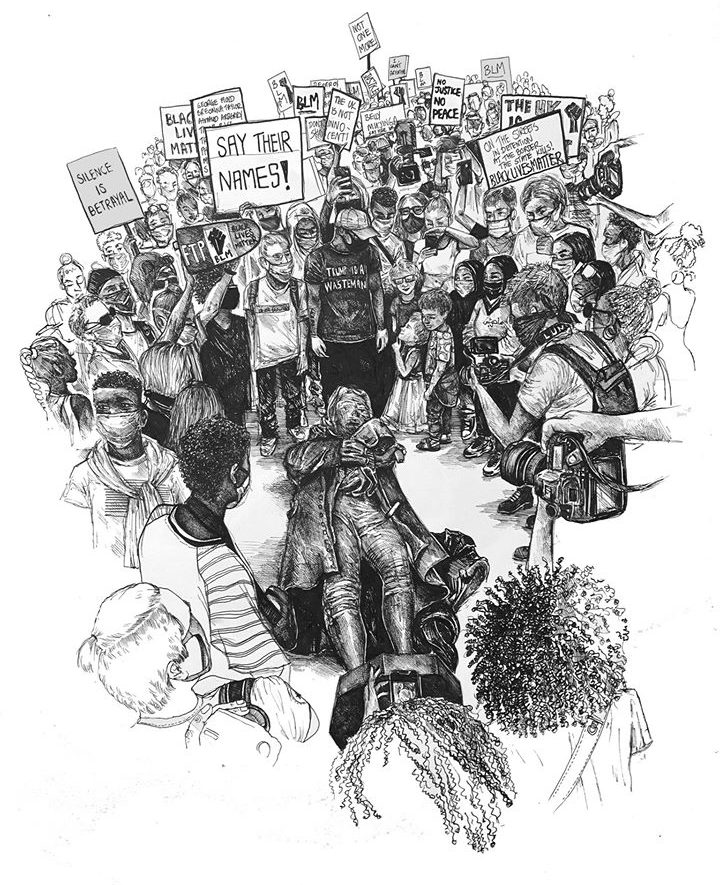 “Seeing so many people come together in force for Black Lives Matter was incredible. It feels like there’s been a shift in energy, and I hope a bigger institutional and systematic change comes about soon.

“I decided to illustrate that photo because not only was it taken by a friend, but there was a sense of power in the crowd standing over the fallen statue like that. As for the first time, he doesn’t look over us watchfully anymore.

“The small kid and man in the centre looking at each other in the midst of all that chaos is also a really great moment!” 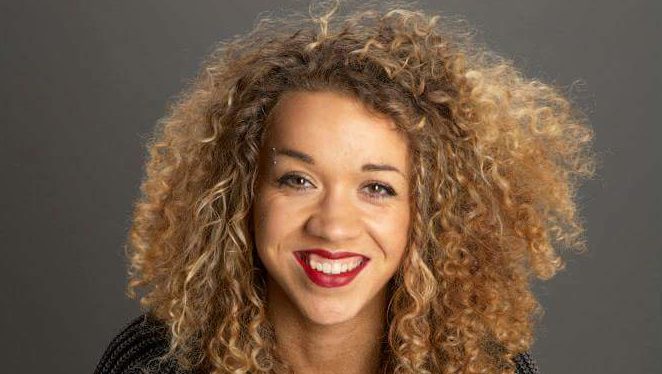 Jasmine Thompson is an illustrator, mural artist and designer – photo by Bristol Media.

Jasmine’s murals for the Royal Shakespeare Company in Stratford-upon-Avon were recently recreated in the Barbican for the RSC’s London season.

The former Rife Magazine content creator works regularly as a live sketch artist and visual journalist, is a political cartoonist, a regular workshop facilitator working with both children and adults, and is a board member for creative enterprise Rising Arts Agency.

The illustration of the statue on the floor is just the latest in a series of drawings that Jasmine has done around the theme of Black Lives Matter.