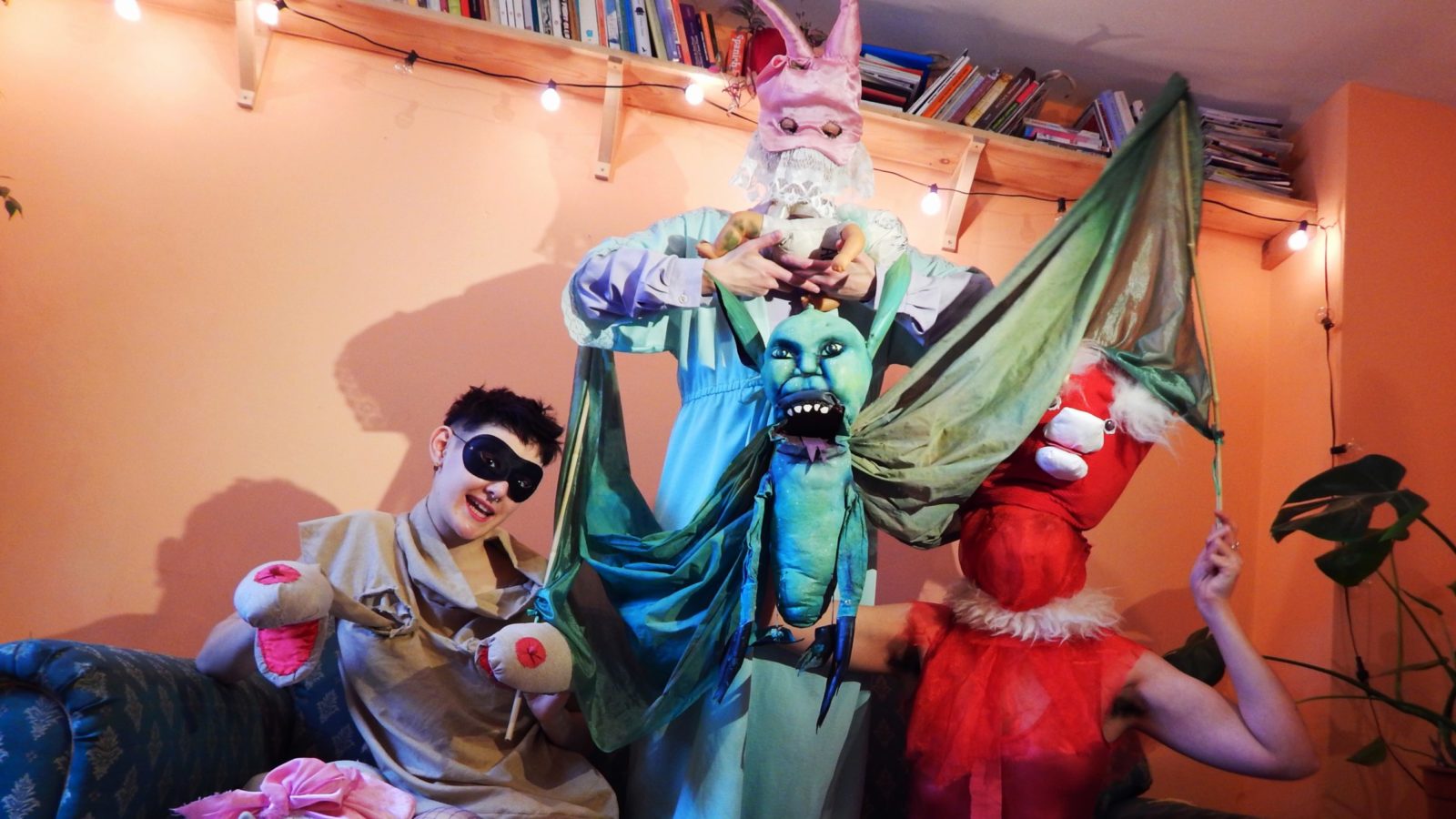 The members of Bean Pig Puppetry sit in a small studio in Easton. Having walked up many flights of stairs and walking through lots of hallways to find the artists, it really feels like entering an Aladdin’s cave of treats.

Kai, Carrot and Frankie sit among puppets, props, materials and floor-to-ceiling bookshelves. The handmade wonders surrounding give a real sense of Bean Pig’s “weird, improvised puppetry” is like.

“We’re making silly art for the fun of it,” says Carrot. “It’s very improvised and doesn’t have to make sense. It’s almost similar to performance art in that way, but it all starts from the puppets.” 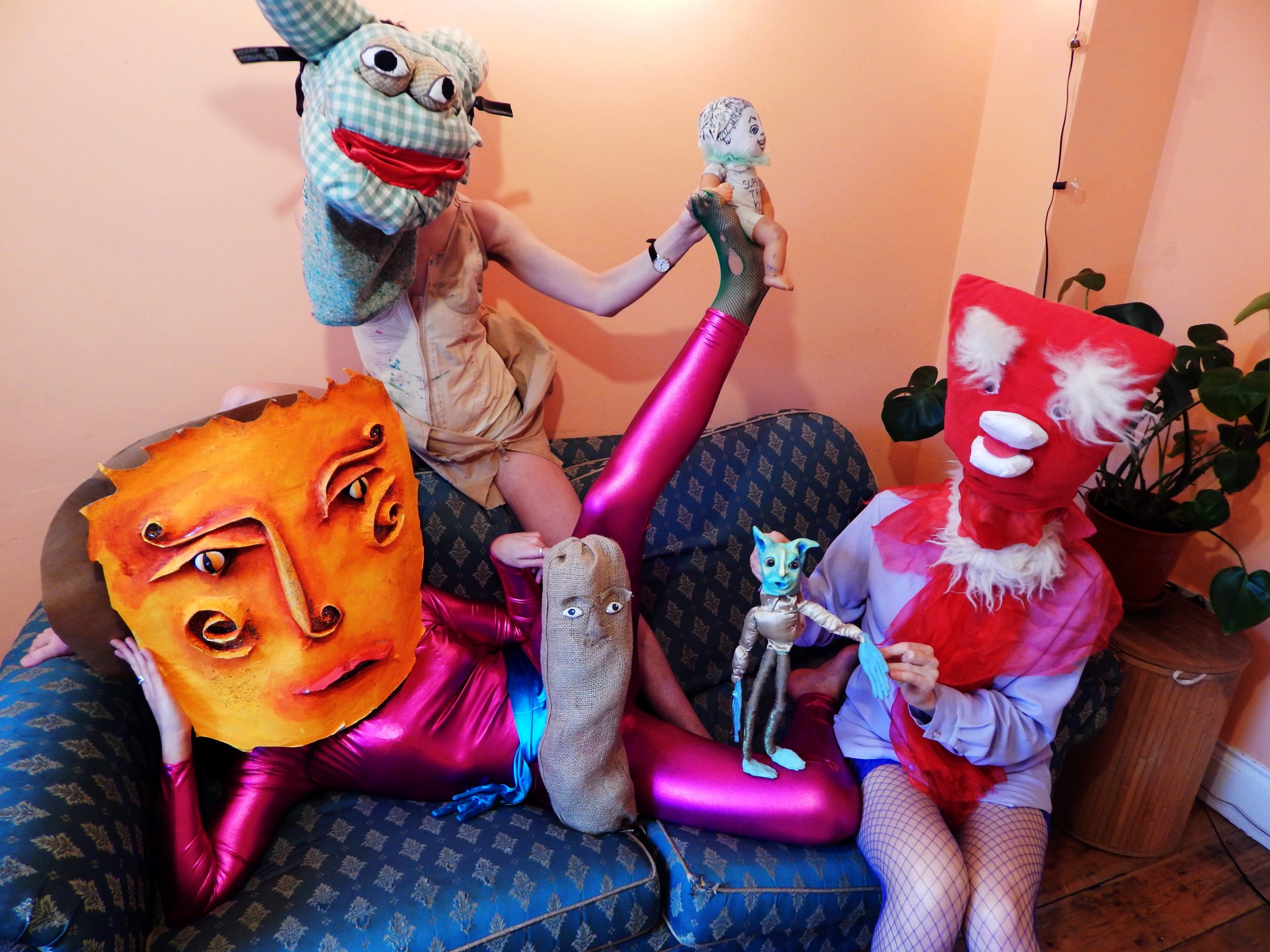 The members of Bean Pig Puppetry

Kai, Carrot and Frankie don’t have any professional training in puppetry, but the three don’t see it as a necessity: they’re making fun and accessible performance art and want to encourage others to get involved with the arts even if they don’t have formal training.

The trio’s first show was in April 2019, but they had all been practising puppetry for some time before that. Since then, they’ve held their own night twice and done shows in London, the Netherlands and at the World Puppet Theatre Festival in France.

The Bean Pig team have also performed throughout Bristol, from spooky shows at Arnos Vale Cemetery and in the old cells of The Island to performances at the Cube and Wardrobe Theatre.

“I think people engage with it because it’s weird and accessible,” says Kai.

“Yeah, in that respect, it’s quite similar to toys, which are so familiar and comforting to people,” adds Frankie. “Saying that, everything does end up looking a bit scary!” 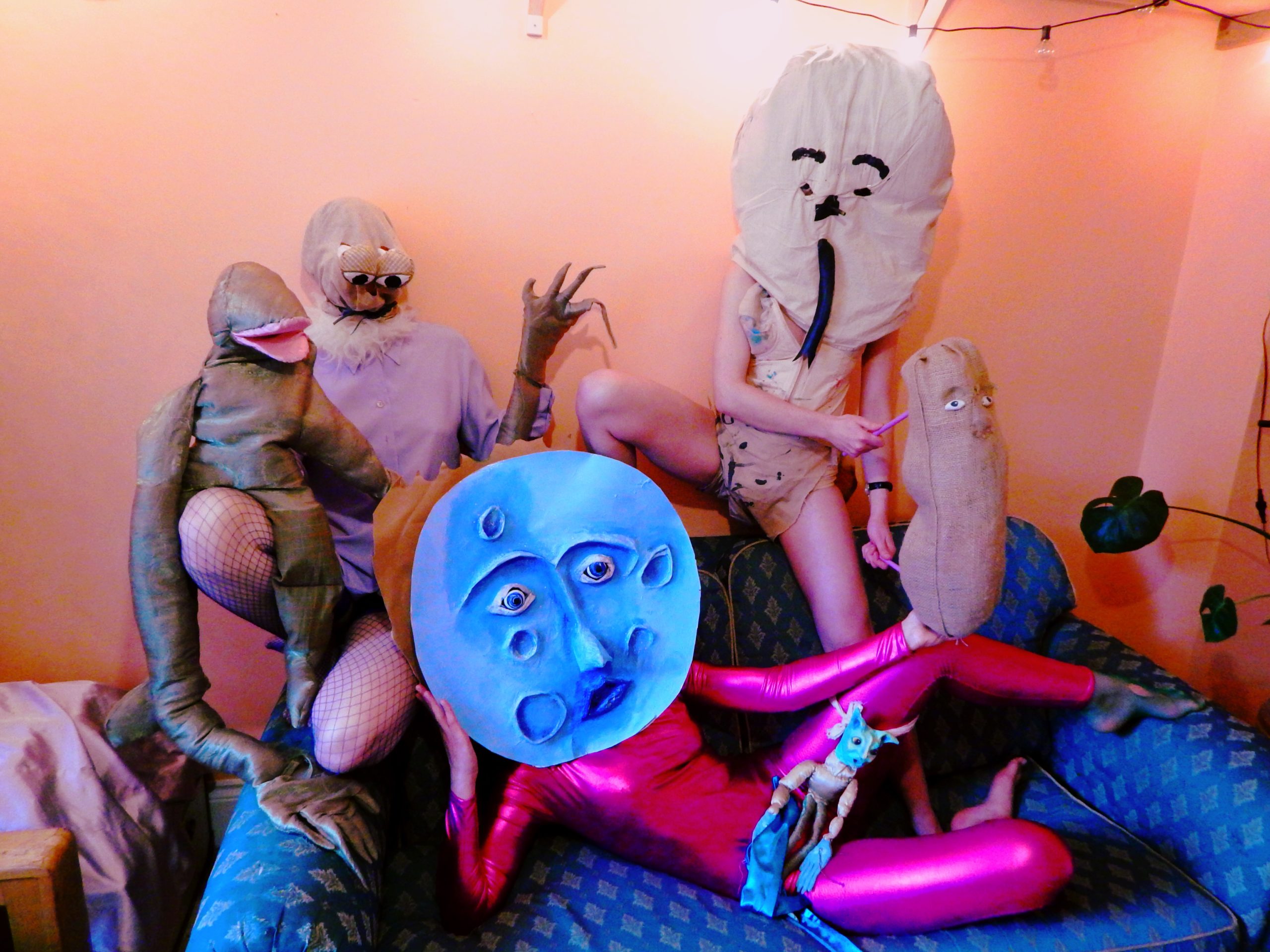 “People have come up to us after the show and said they wanted to start doing puppetry,” says Kai.

“That’s what it’s about. Not necessarily feeling like you’re part of the art world, or that you have to professional. I love that I just get to make art with people that are willing to try anything.”

Find out more and get tickets to Bean Pig Puppetry’s upcoming shows at www.facebook.com/Bean-Pig-Puppetry