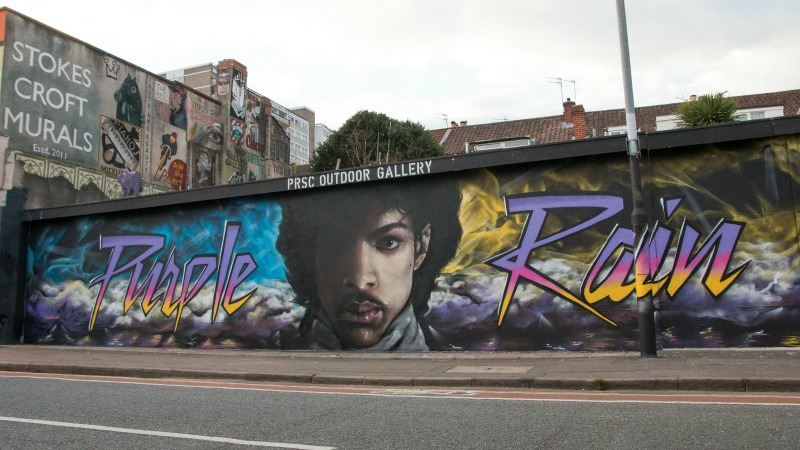 New street art has appeared on Jamaica Street to promote the centrepiece of Bristol’s contribution to BFI Black Star, billed as “the UK’s biggest ever season of film and television dedicated to celebrating the range, versatility and power of black actors”

Prepare to party like it’s 1999 as Prince is celebrated with a screening of Purple Rain alongside the ‘Jam of the Year’ at the Colston Hall on Sunday, November 13.

Stand in exactly the right place to one side of the new artwork celebrating the film and the lamppost lines up exactly with the lettering behind it, while a tree also becomes part of the late little purple fella’s hair.

The piece was deigned by Paintsmiths:

The artists were responsible earlier this year for the mural of Boris Johnson and Donald Trump on Stokes Croft.