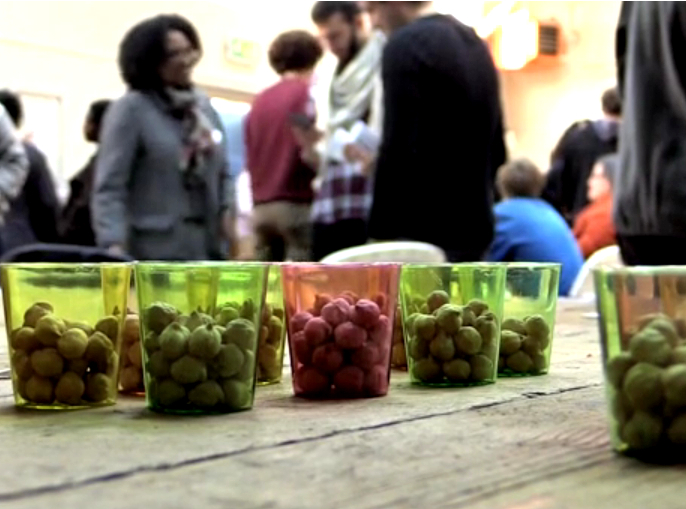 The aim of the project is to challenge the power structures created by funding streams by redistributing individual surplus wealth to small-scale projects and giving them the power to decide how funds are shared out.

The underlying ethos is that underprivileged communities are the experts when it comes to improving their own circumstances and fighting discrimination. Bristol Redistro is encouraging people who still have some money at the end of the month to support these communities by donating to the scheme.

Donations will go into a pot which currently stands at £5,000 but which the team hopes to double before April 5, when suitable applicants will be invited to an event where they will decide how the money is shared between them. Applications close for the pilot round on March 13.

Bristol Redistro hopes that, following a successful pilot, the groups receiving funding will join them to review and refine the project. Ideally, in the future there will be two or three funding rounds a year funded predominantly by individual donors looking to make a difference in Bristol.

Crucially, Bristol Redistro is not looking for applicants who may already have access to funding or fulfil the criteria for it, but much smaller groups that are community-led and perhaps more radical in their aims than traditional funding streams would like.

“We’re focused on groups who are fighting their own corners and are perhaps less likely to have access to the kind of resources that white, middle class people do,” says Sophie, one of five volunteers at the organisation.

“A lot of grant funding goes to registered charities and their work has to be charitable rather than political. There are particular types of groups that get funding – we’re looking at the ones that don’t,” she says. “These are groups that are small, voluntary, don’t have long track records and are working towards social change rather than just practical help.”

Sophie was involved with the similar but national-scale Edge Fund, which provided the blueprint for Bristol Redistro. She says previous Edge Fund recipients are the kinds of groups Bristol Redistro are looking for, including those within the LGBTQ+ migrant community trying to resist deportations based on their gender identity or sexual orientation, disabled people trying to fight the government cuts affecting them directly and a Roma group fighting discrimination.

The aim of Bristol Redistro’s events is not just to democratically decide how to share out funds, but also to create an opportunity for learning and support between different communities.

“At Edge Fund, you do get a lot of people from different backgrounds and communities that come together,” she says. “In the last meeting I went to, a Roma group spoke about new trespass laws affecting them and as we went round the circle there was an anti-fracking group that said that law was going to affect their protest camps and a group who said homeless people were not going to have the same access to land as a result of it. Understanding these connections can be really useful.”

Sophie’s background is in grant making as a fundraiser as well as giving out grants, and this is partly what drove her to set up Bristol Redistro. “I’ve always had an interest in funding particularly because I’m interested in the power dynamics going on within it and how much power funders have. I think that’s something we need to keep an eye on,” she says.

To find out more about Bristol Redistro, visit www.bristolredistro.weebly.com or contact them on 07784 771 272.

Main photo thanks to Bristol Redistro.