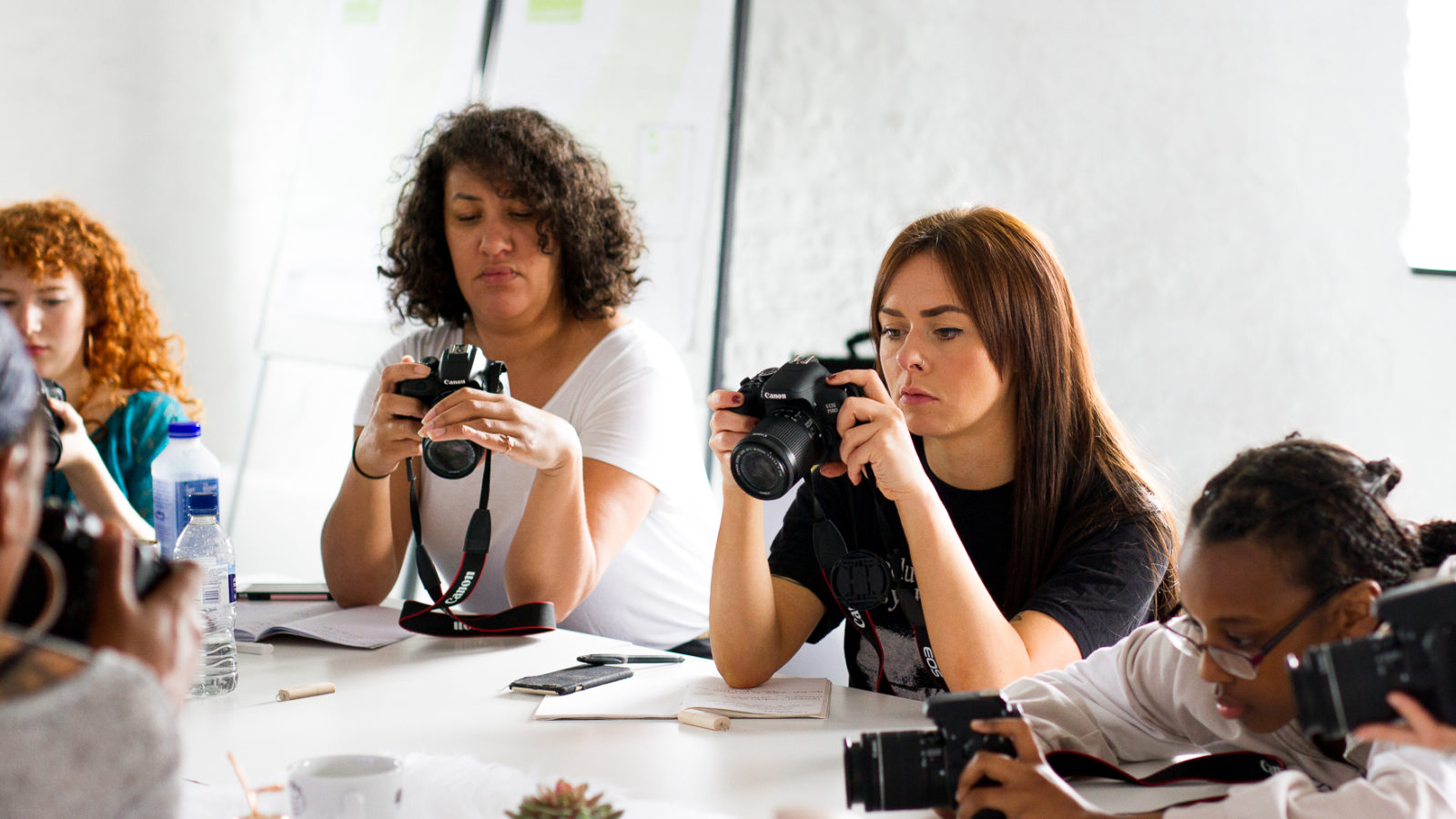 It’s not easy to stand out from the crowd in a city busting with creativity and innovation.

For Bristol’s digital and creative industries, standing still and resting on their laurels isn’t an option in a competitive market that is quick to embrace new technologies and fresh ways of reaching audiences.

“More and more I think we will be judged not by what we do, but how we do it,” says Warren Cuff, the director of Ralph Media, a company based in Temple Gate that has been providing creative and digital design services for businesses for almost ten years.

“I think ever more agencies will need to define themselves by their ethos, living and breathing what they believe and drawing new business from within their tribe of fellow believers,” he tells Bristol24/7.

The creative cluster of Bristol and Bath contributes £650m GVA to the local economy and employs 22,750 people – the highest outside of London and the South East, according to the Business West Creative and Digital Skills Statement report 2019.

The vast majority of these firms are small and medium-sized enterprises (SMEs) – 98.5 per cent have workforces of fewer than 250 people while 72.8 per cent have few than ten members of staff – proving the collective power of SMEs within a growing sector.

Cuff says his company benefits from the city’s reputation as a hub for creative talent. 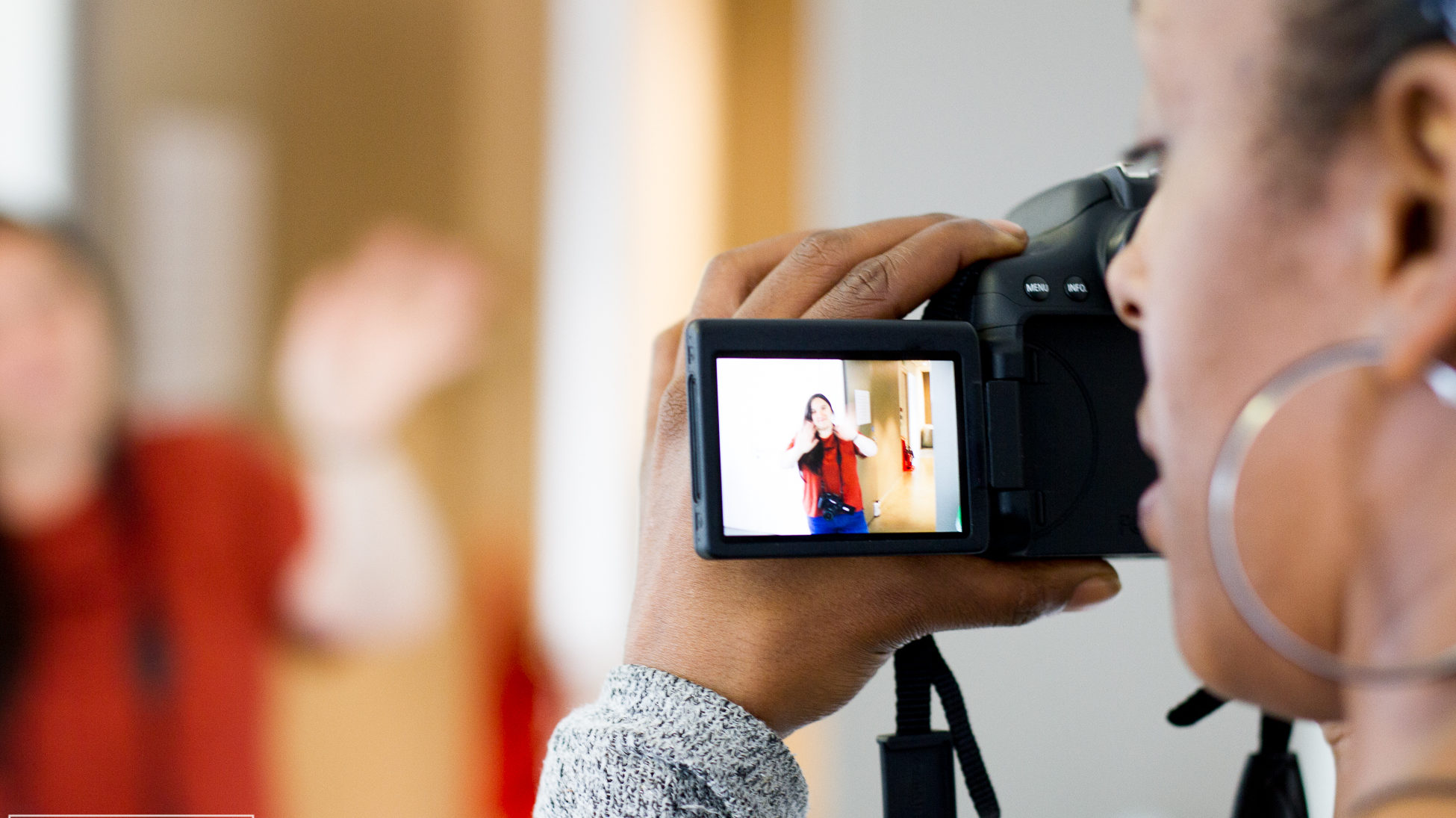 Eight, a creative agency based at Knowle West Media Centre, has been providing organisations with the tools to tell their story for more than two decades, over which time technology has been a notable disruptor in the industry.

“Digital content and production is far more extensive,” explains director Mena Fombo. “It used to be just focused on film and photography but, as access to technology has increased, so has the offer within our agency, across the spectrum of design, web and animation.

“Consuming of digital content has also changed; tools are more sophisticated, threats are greater and more complex, especially for younger audiences. People are no longer just consuming but creating so much more so the role or the producers has to be about so much more than content; it has to be about USPs (unique selling points) and values and ethical practice to stand out from the crowd.” 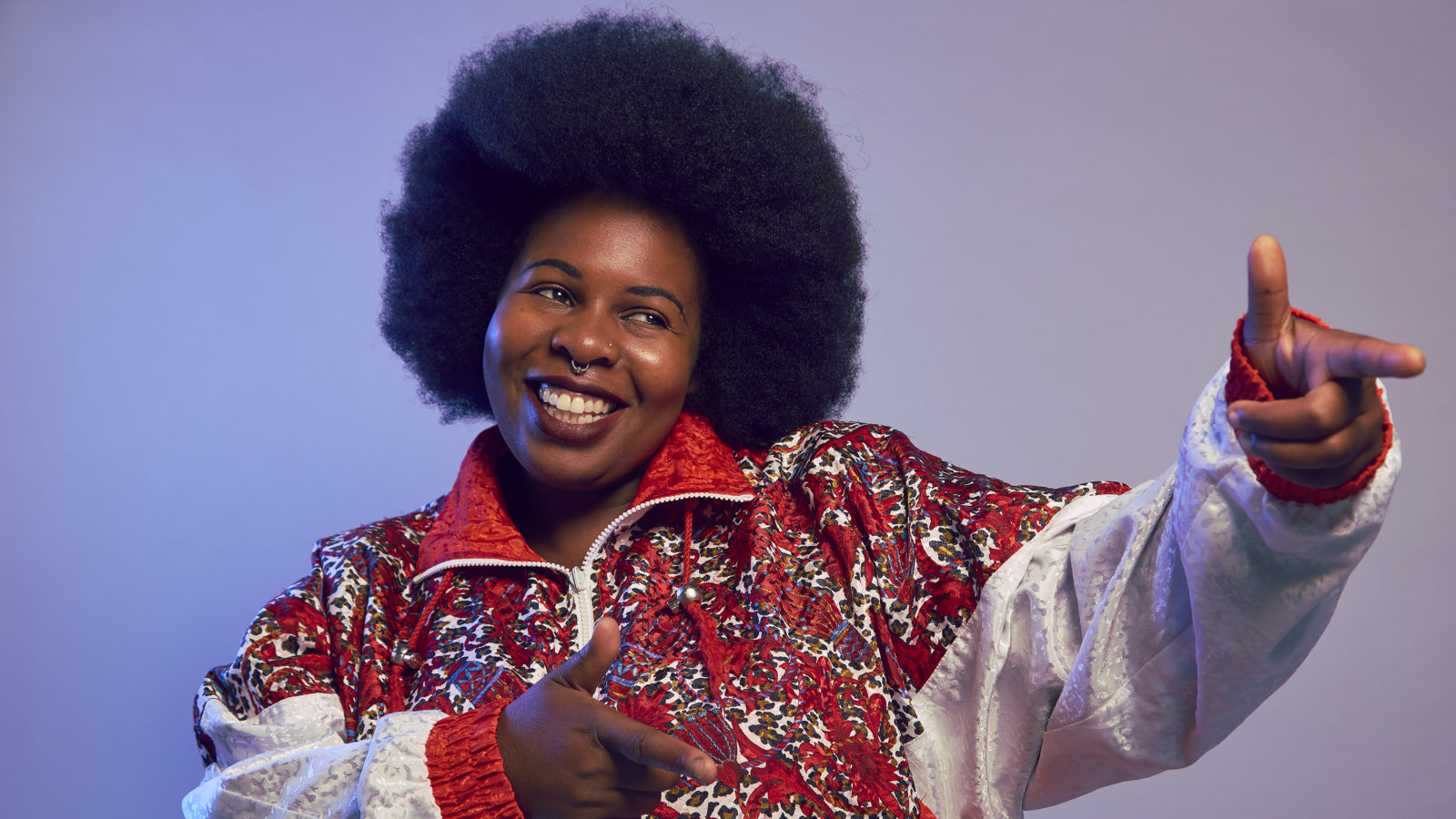 Mena Fombo says Bristol has a long way to go in terms of diversity but there is a willingness to change. Photo by Angela Dennis

Fombo believes the real strength of a company lies in the diversity of its workforce – a belief backed up with research from not-for-profit organisation CIPD, which found companies with more diverse workforces consistently perform better. The director of Eight argues the city needs to be more proactive in holding business accountable, not just in the creative and digital sector but across the board.

“As a team, we feel that intersectionality is misunderstood in the city. There are multiple layers of oppression and because ‘diversity of thought is an afterthought’ for many, if thought about at all, the intersectional approach is often lost in the few initiatives that do run.

“We still have a very long way to go as a city, but there are some great initiatives out there, so there is some hope. Most importantly, it’s about ensuring that willingness and desire is turned into actions.”

While competition is fierce in Bristol, there is also a strong collaborative ethos. Referring to this, Fombo adds: “Bristol can feel very connected, especially compared to other cities. When it does work, it works brilliantly, and we’ve really benefitted from these great relationships.

“That said, those connections can also be every exclusive, especially to some of the smaller agencies out there.” 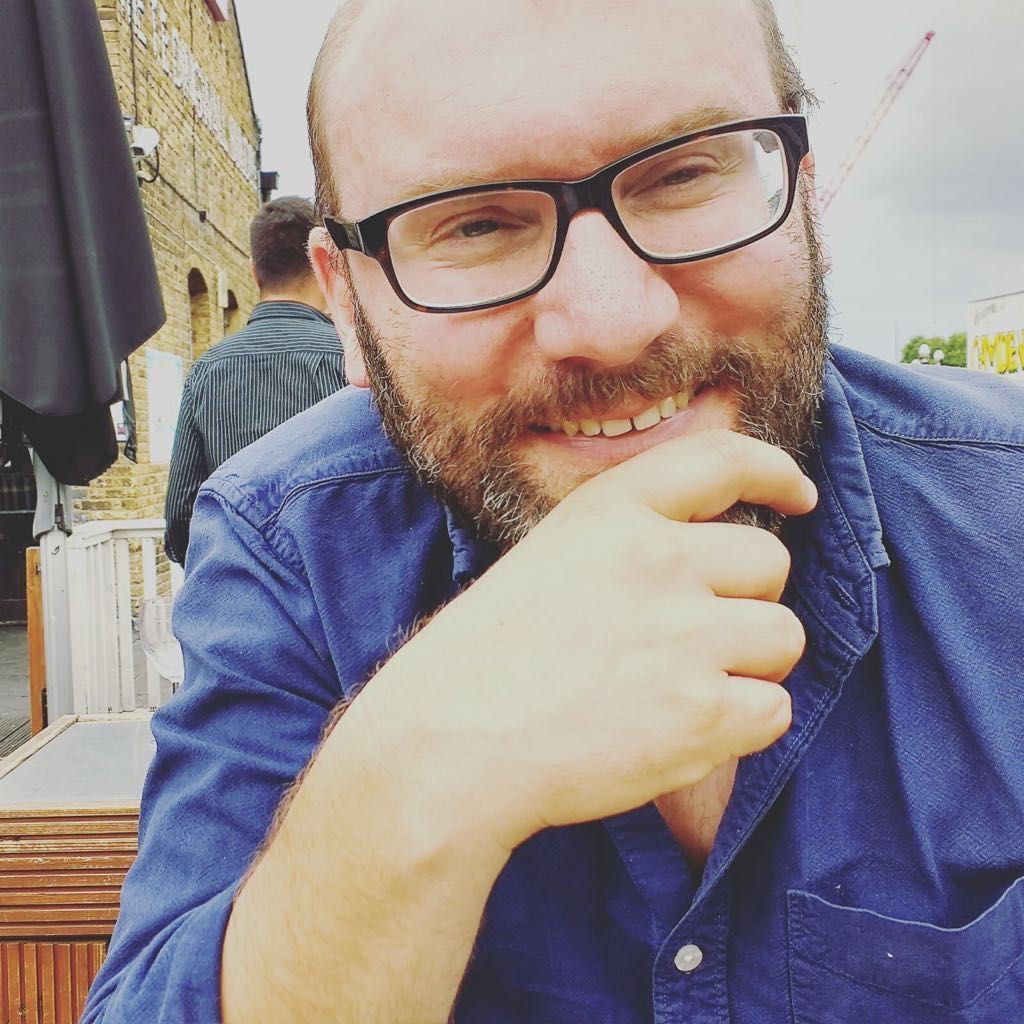 The rise of ‘fake news’, as well as advances in virtual reality (VR), augmented reality (AR) and artificial intelligence (AI), continues to impact the creative and digital sectors.

“The creative industry is a constantly changing beast,” confirms Jon Brigden, the managing director of Studio Giggle, a film and animation studio based in Paintworks, on the Bath Road.

“The work that we were doing ten and even five years ago is completely different from the work that we do now. With new technology comes new possibilities and it’s important to be on top of that. We are now working in real-time interactive experiences that only a few years ago seemed impossible.”

Like many, Brigden credits Bristol’s dynamic outlook and wealth of talent provided by its universities as factors that help creative and digital agencies thrive. But he also recognises the challenges of being based in the city.

“To get to London for a morning meeting can cost well over £200 for two of us to get an early train,” he tells Bristol24/7. “We once worked out that it was far cheaper to hire a driver to drive us from Bristol to London, all around London and then back to Bristol all in one day.” 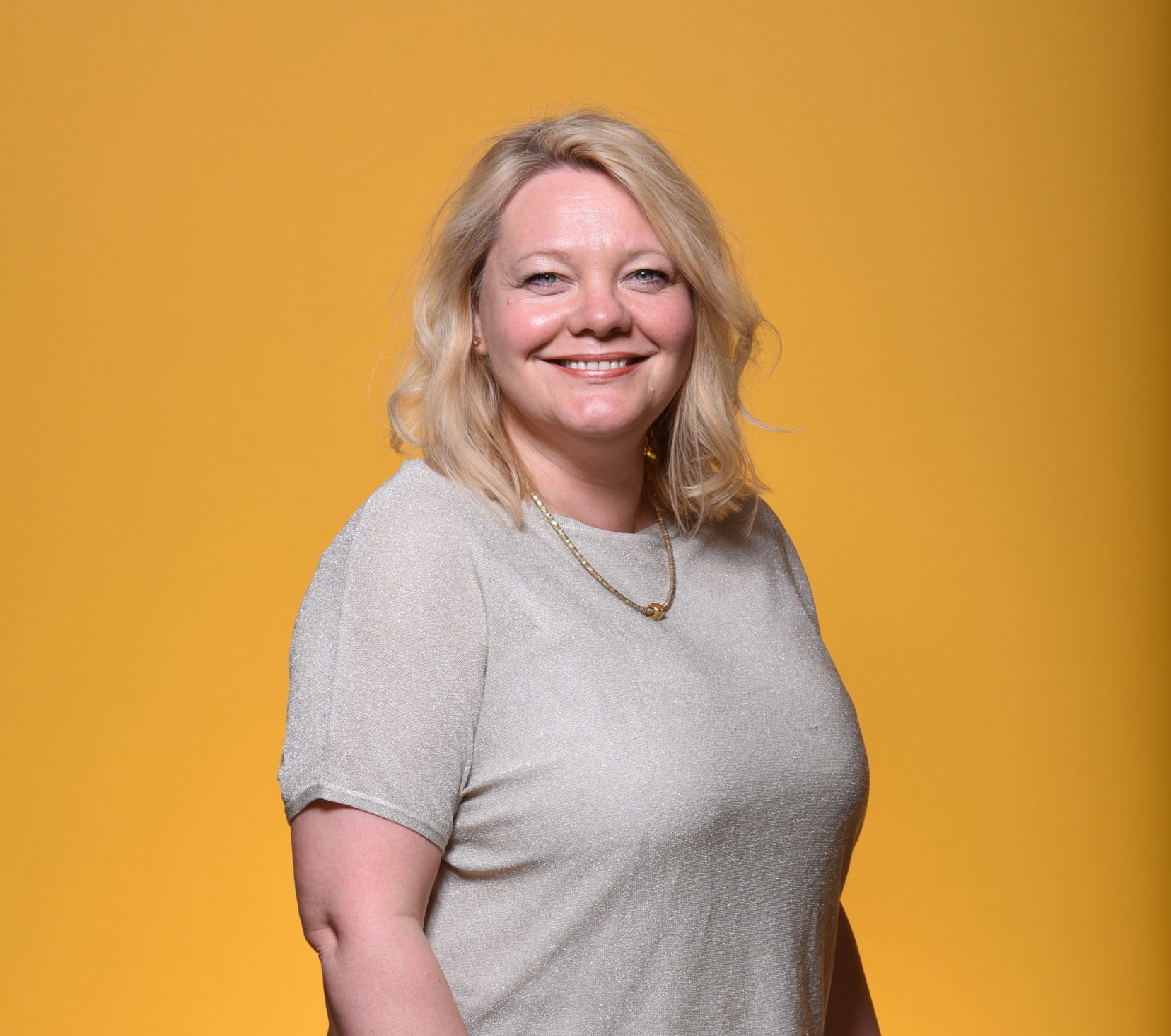 Victoria James says the biggest change in the industry is in how traditional and digital worlds have collided. Photo courtesy of Great State

Another challenge identified in the Business West report is in bridging the skills gap to enable continued growth. This is something Victoria James, business director for Great State, a company that operated in Bristol for more than 20 years as E3, before a merger in 2018, is all-too-aware of.

“The challenge is ensuring we have a strong flow of next generation employees joining the workplace, filling skills shortages in more senior or niche positions, and recruiting a diverse mix of talent to bring understanding, challenge and greater creativity of thought to our culture and work,” says James.

Based in Paintworks, Great State works to “help brands stay relevant in a connected world” and is happy to embrace emerging technologies.

Reflecting on how the industry has shifted, James continues: “For me, the biggest change has been how the traditional and digital worlds have collided and changed all areas of life.

“As a result of this shift, we have gone from performing a marketing function of sorts to the more important and exciting work we undertake now, creating real change to the foundations of a business – through its internal systems, how it recruits, what it sells and to whom.

“Our employees love working on projects that actually make a real difference.” 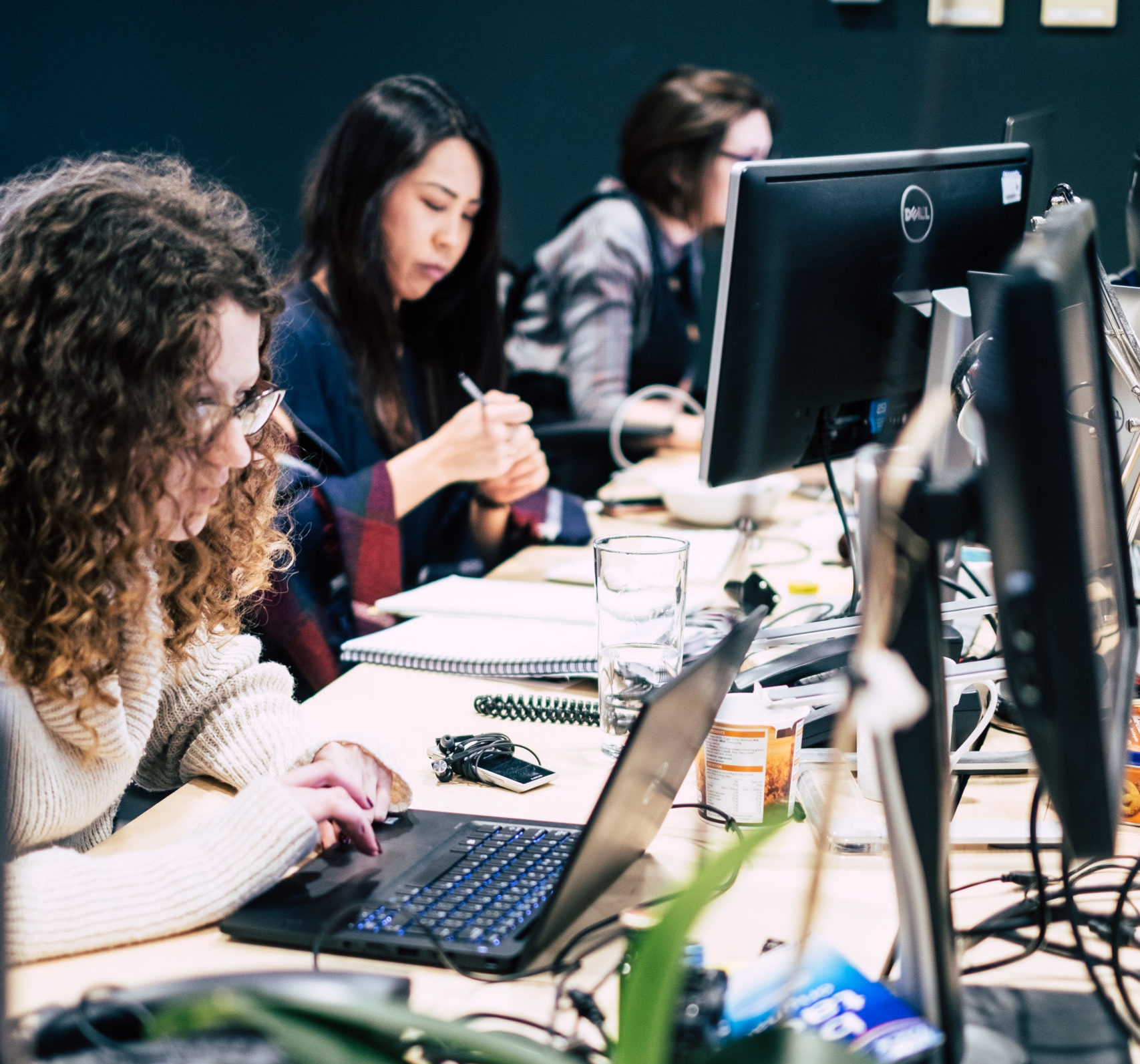 Great State has changed the way it operates in the face of emerging technologies. Photo courtesy of Great State

SIM7, a creative agency based in the Tobacco Factory in Bedminster, is a relative newcomer on the scene, having been established three years ago.

Founder and director Simeon de la Torre acknowledges the digital landscape has changed the sector considerably, with companies embracing new and innovative ways of communicating. But he argues what hasn’t changed is the value of a good idea.

“You can spend a fortune on a marketing campaign across any and every channel, but if the idea behind it doesn’t grab the audience by the eyeballs and speak to them in a language that they can engage with, it’ll fall flat,” de la Torre tells Bristol24/7.

SIM7 is growing and, in three years, has moved into a bigger studio, taken on new people and landed a major contract, but de la Torre is wary of growing too fast in an industry that relies on the ability to react to the changing business landscape.

Looking to the future, he adds: “The driving force behind the creative industry is change; it’s about sideways thinking and embracing new technologies as they come along. Stand still for too long and you’ll sink.

“While there will be a raft of technologies that will have an impact on the way we do business in the coming years, there will always be plenty of room for those maverick, guerrilla ideas and approaches that get companies noticed.”

Simeon de la Torre says the importance of a good idea must not be underestimated. Photo by Paul Ward Smith

AI and other emerging technologies are hailed as potential game-changers for creative and digital agencies, which must also adapt and plan for external factors that could impact their business.