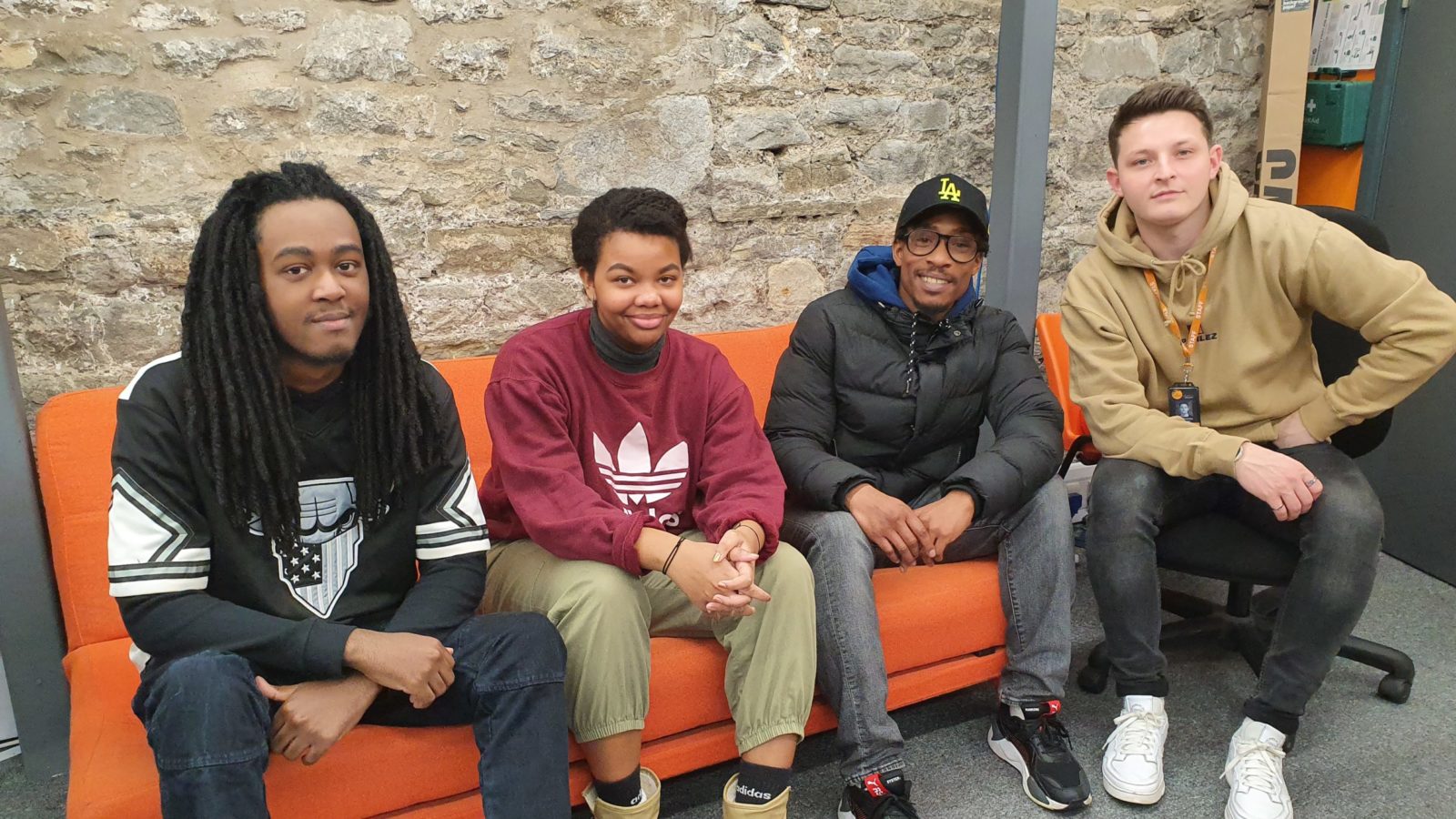 From the history of Bristol’s music scene to inspirational role models and untold stories, young filmmakers are uncovering new and different narratives of the city.

It was September 2019 when Bristol24/7 first teamed up with boomsatsuma to give people currently underrepresented in the industry the opportunity to participate in a project designed to help them get a foot in the door.

With the Stories From Our City programme now reaching its final stages, participants are busy doing the final edits to their films – each one written, directed and produced by them under the guidance of boomsatsuma’s team, who have delivered arts and culture opportunities to more than 5,000 children and young people in the South West.

“I’ve always had an interest in filmmaking so it was a no-brainer when I saw the opportunity,” says Collins Suleaudu, 30, a filmmaker from Easton who’s making a film on the history of music in Bristol – from his perspective.

“Music has been a big part of my identity and I think it’s a bit harder doing a film on something you’re really passionate about.” He adds that the course has helped him know more what he wants to do and develop the skills to achieve his ambitions. 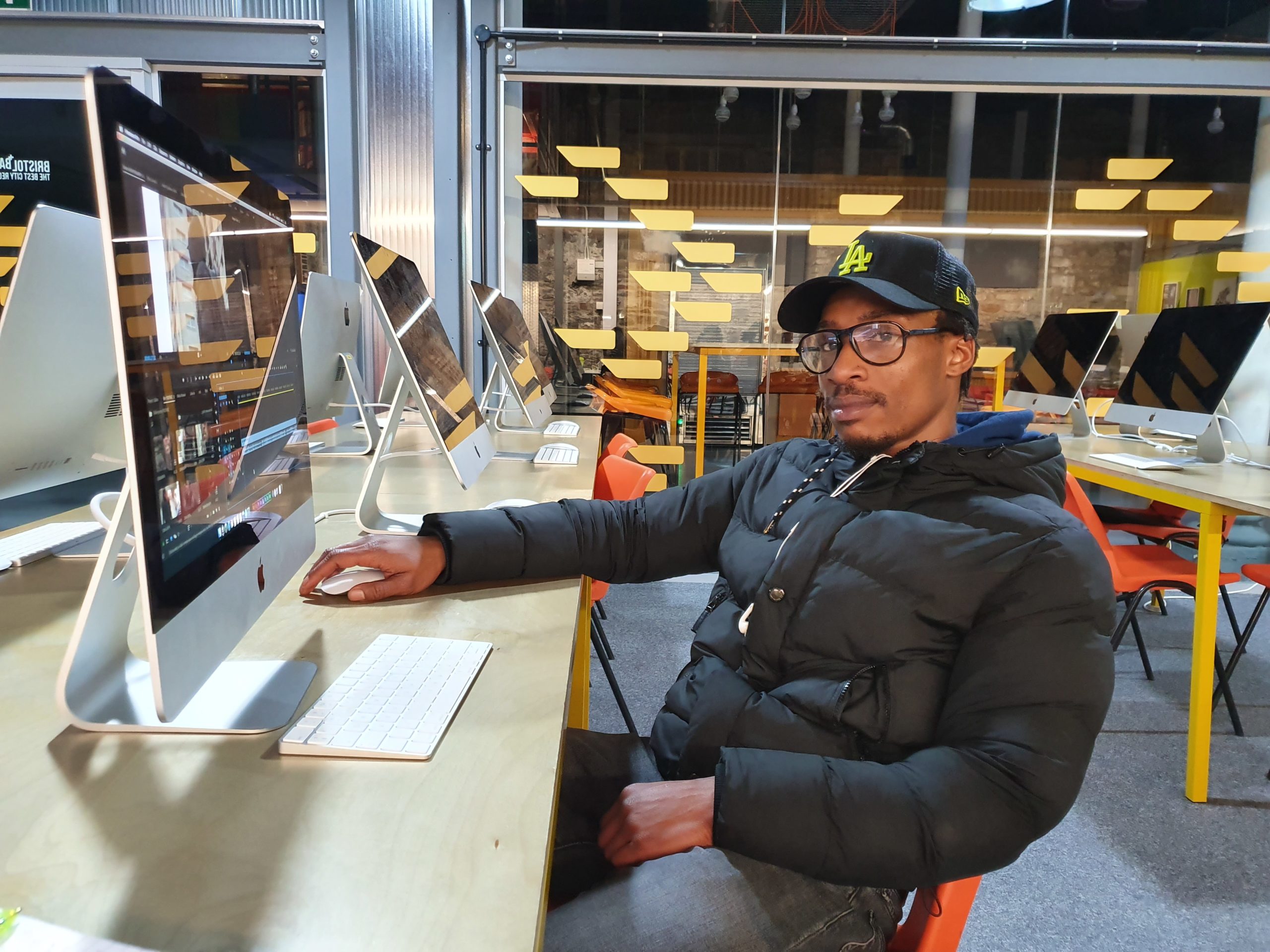 Collins has made a film about the history of music in Bristol from his perspective. Photo by Ellie Pipe

The course has been taught through a series of workshops run by boomsatsuma, with additional mentorship from some of Bristol’s leading filmmakers. It covers everything from narrative building to film production and each participant has their own mentor.

Raokwon Graham was finding it hard to get a foot in the door before enrolling on Stories From Our City. “Hopefully this will help,” says the 21-year-old from St Philip’s, who says having a mentor within the industry is an amazing opportunity.

Another filmmaker Kendra Adrien, 18, applied for the course after a friend read about it in Bristol24/7. “She sent it to me because she knew I wanted to get into film and I don’t regret enrolling,” says Kendra, who lives in Fishponds and is making a film about her friend Nasra and her untold story.

“The course has made a big difference; I’ve never had this freedom to work on your own idea and do what you want to do.” 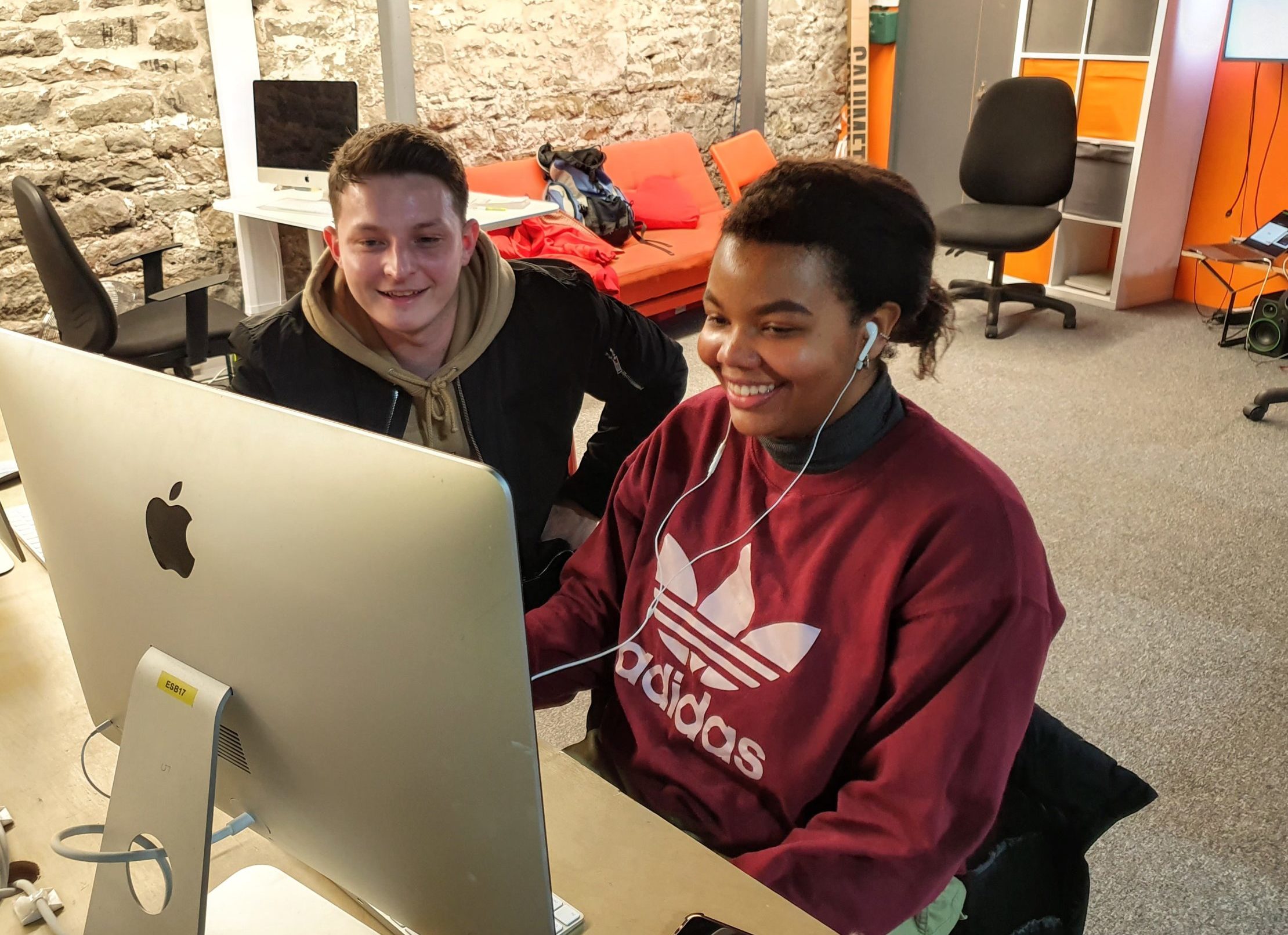 Tom helps Kendra with some of the final edits. Photo by Ellie Pipe 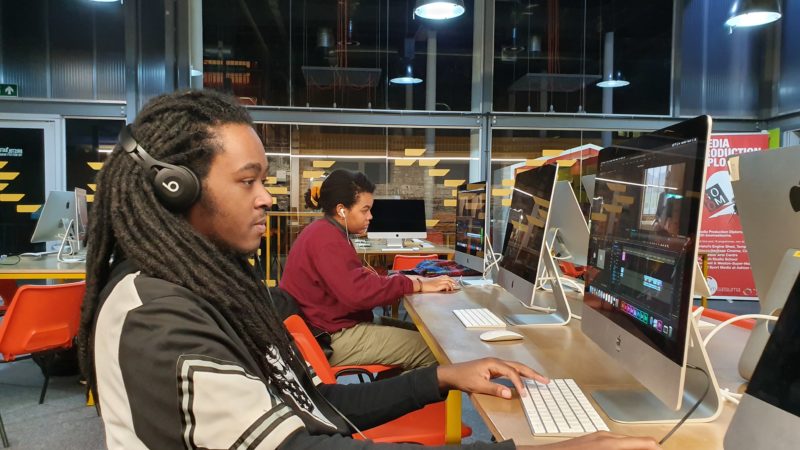 Raokwon Graham says having access to a professional mentor is a big help. Photo by Ellie Pipe

The people on the course will continue to be supported to find further opportunities in the industry once the course has ended.

Tom Churches, 26, a filmmaker for boomsatsuma who has been working with the group, says the course has been a fantastic process and, at the end, each filmmaker will have a really strong piece to add to their portfolio. 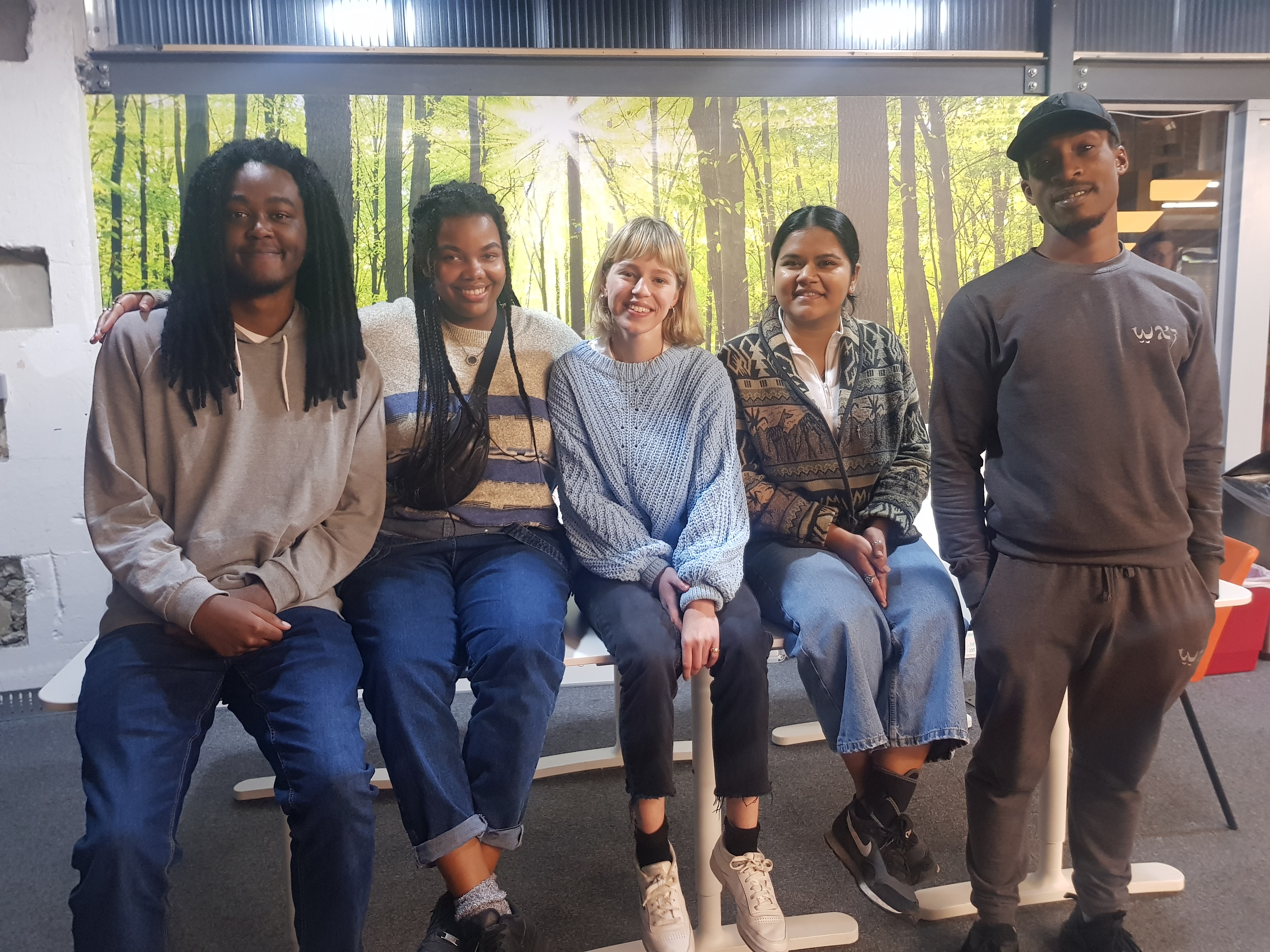 The full Stories From Our City cohort. Photo by Hannah Cornford

The course will culminate in a grand showcase event on Wednesday, February 26. Hosted at The Royal Photographic Society HQ in Paintworks, this will be a chance to meet filmmakers, as well as industry professionals, and see their final work.

For further details and to register, visit: www.eventbrite.co.uk/e/stories-from-our-city-finding-new-routes-to-creative-jobs-tickets-93128456721?aff=ebdssbeac

Read more: Stories from our city is helping creatives get their voices heard