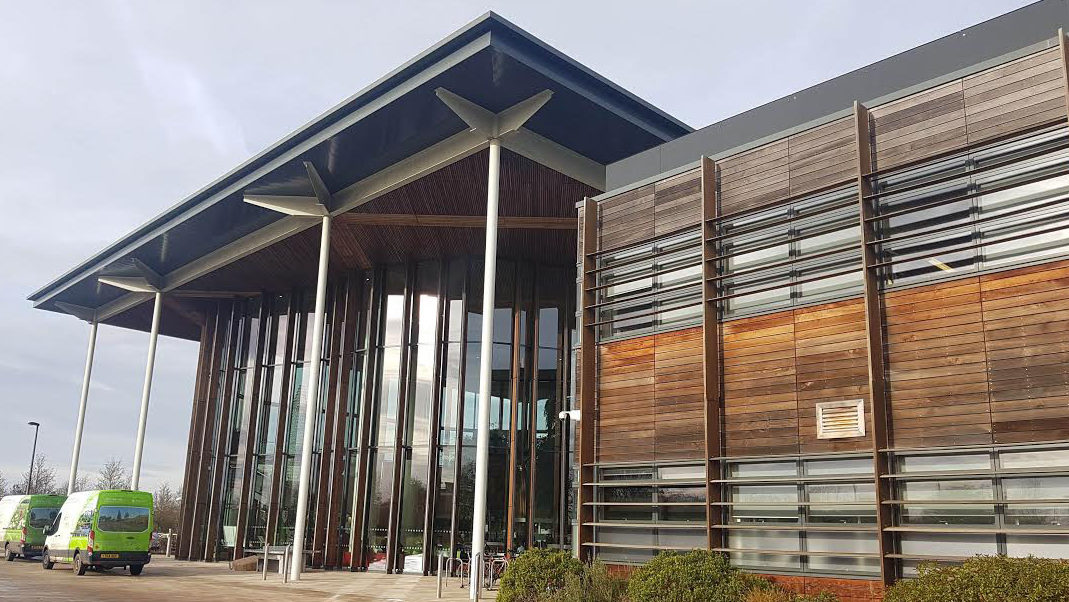 Mounted on a stand within Bristol & Bath Science Park, a ground-breaking prototype of a snowboard destined for the Paralympics is on display.

Made especially for Darren Swift, known as Swifty, a former soldier who lost both of his legs above the knee in a bomb explosion in Northern Ireland, the board incorporates the world’s first 3D-printed bindings and stands to revolutionise the sport for amputees.

This pioneering design was created by teams at the Centre for Modelling & Simulation (CFMS), a not-for-profit company that specialises in digital engineering capability, from its base in the science park.

The unique bindings were made using a 3D printer at Airbus in Filton and are the first to be able to absorb shock and adjust to different user’s positions, potentially forging the way for a whole new generation of athletes.

“It was a totally digital process,” says Ian Risk, chief technology officer at CFMS, adding that the first time the board was tested was by Swifty on the slopes. 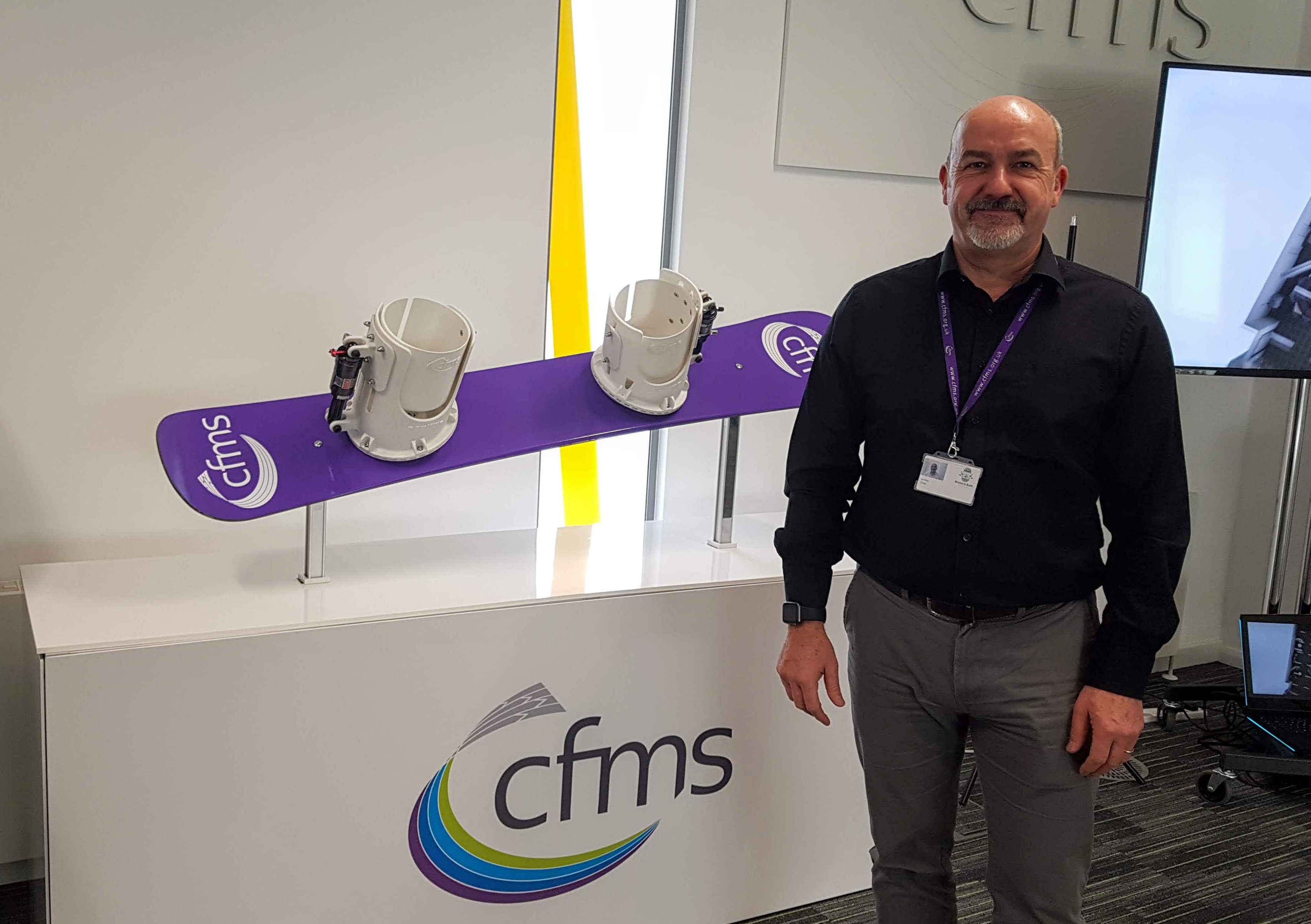 Ian Risk with the pioneering snowboard designed by the team at CFMS. Photo by Ellie Pipe

A former Airbus employee, Ian has been at CFMS since its inception and was one of the first tenants in the science park. The aim of the organisation is to provide common access to high-performance computing to improve efficiency for engineering companies.

“It’s a very collaborative industry,” explains Ian. “Everyone is in the same space of having to get products to market faster, but they also have to be more reliable, secure and environmentally-friendly.

“Most companies need to move away from physical testing so need good simulations. A lot of the challenge is around how we accelerate the development of products and trying to compress time down. So, exploring how we can use the likes of artificial intelligence (AI) to imitate aspects of design.”

Part of the CFMS remit is to communicate to the wider industry and host events. Within the vast space, a number of sleek prototypes and simulation machines are displayed.

With increasing awareness of the impact of climate change and the resulting emphasis on carbon neutrality, Ian says there has to be a huge step-change in the industry. 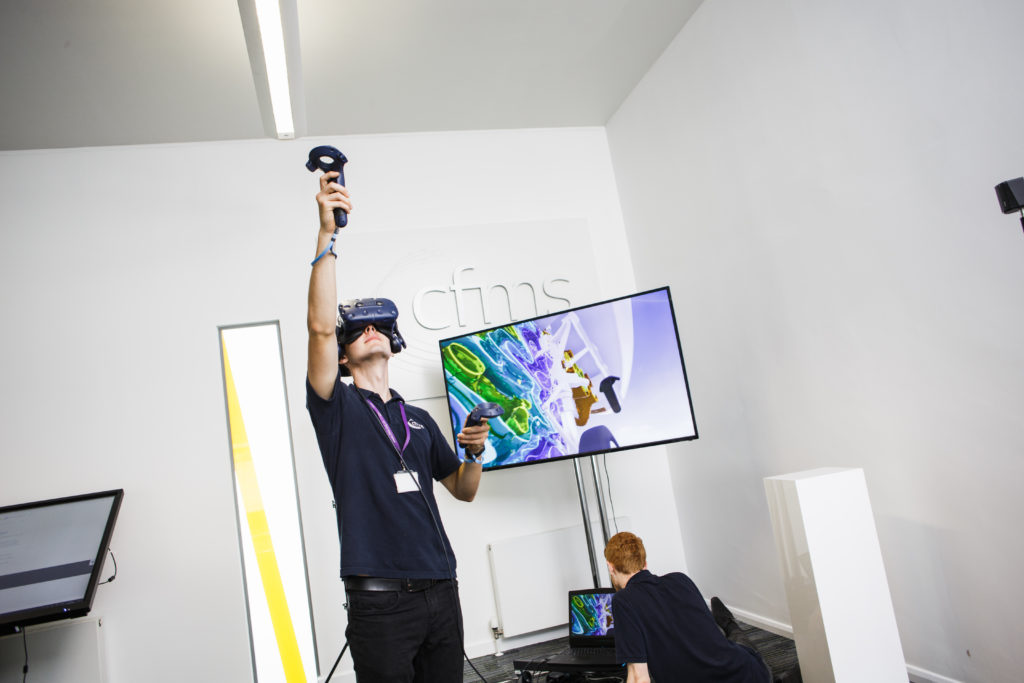 The team at CFMS uses AI to increase productivity and efficiency in engineering. Photo courtesy of CFMS

CFMS already works with the National Composites Centre (NCC), located in the grounds of the science park, and is seeking to forge bigger partnerships in the region and beyond.

“We have been discussing how we take the science park model to a national agenda,” adds Ian.

This spirit of collaboration and seeking shared solutions to common challenges lies at the heart of Bristol & Bath Science Park.

Bristol has been one of six UK government designated ‘Science Cities’ since 2005, tasked with leading the development of deeper links between business and science in a bid to ensure science, technology and innovation succeed in becoming the engine of economic growth for the country.

The science park opened at Emersons Green in 2011, providing a purpose-built space to foster innovation and talent within the region. Originally run by a private company, it was decided in 2016 that the full potential of the park was not being realised and new ownership was sought.

In September 2018, the science park was jointly purchased by South Gloucestershire Council and University of Bath. 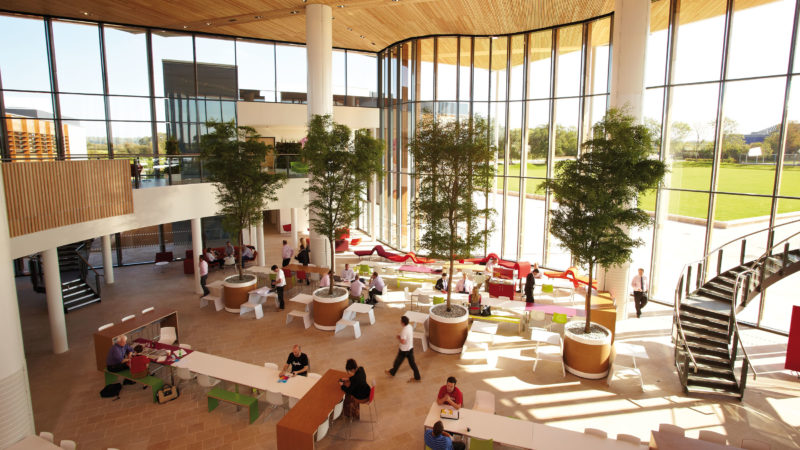 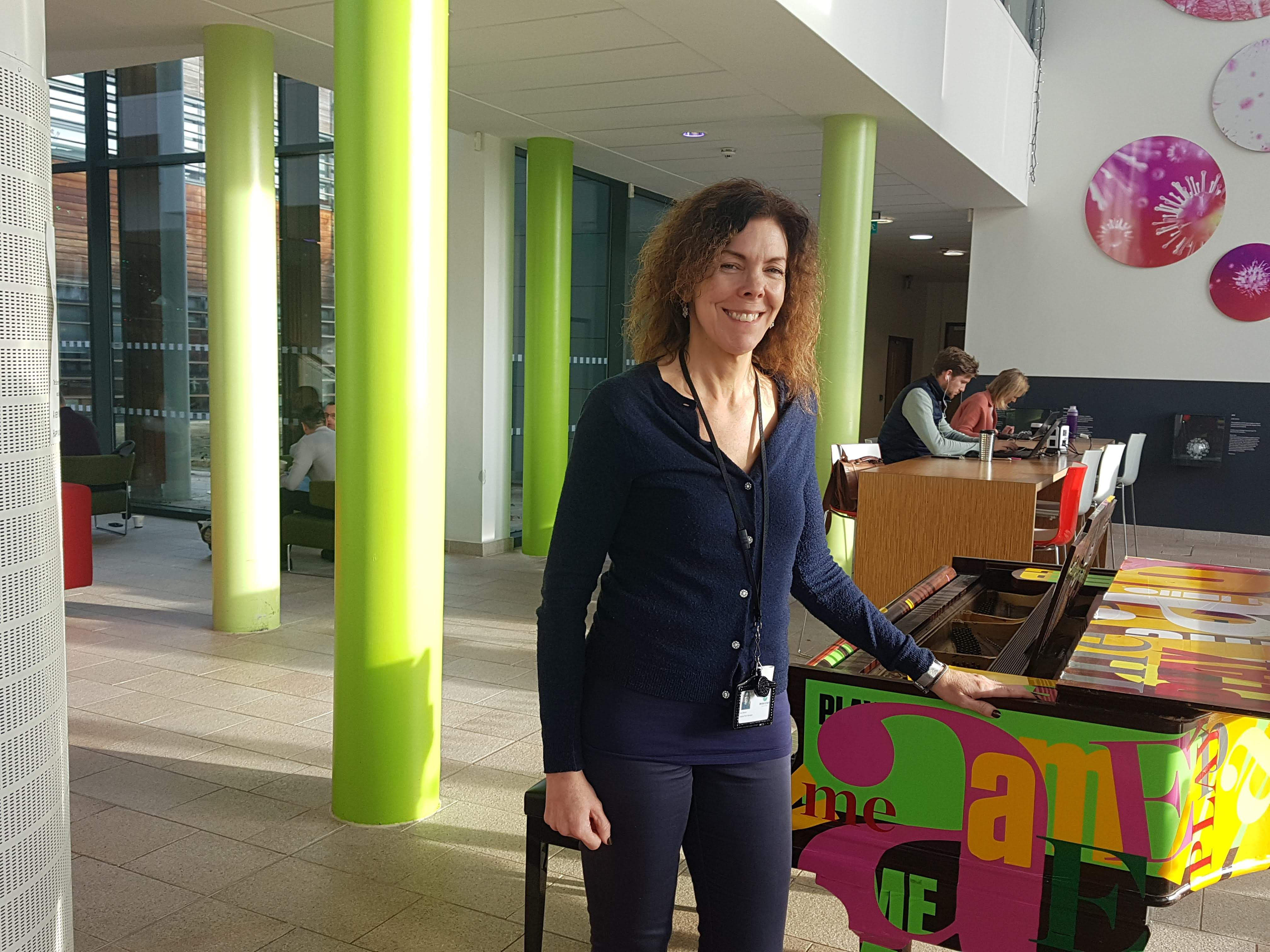 On a recent Thursday morning, signs of growth are evident to see on the 59-acre site, a section of which is fenced off ready for construction to commence on a new innovation hub.

Due to open in the spring of 2020, the new building will provide an additional 75 desks, and science park manager Julie Marvin says there is already a lot of interest in the space from prospective tenants.

Sitting down with a coffee in the bustling atrium of the park’s main building, Julie greets a few tenants as they head to get their caffeine fix from the in-house Friska. She works closely with companies and the South Gloucestershire Council’s economic development team and says proudly that some 68 per cent of businesses within the park have collaborated with another firm based on site.

Up the winding staircase, a mezzanine level hosts several small meeting pods and desks, as well a series of ‘living walls’ of plants.

Julie points out a bike hanging near the reception desk. It is the result of a ‘creative collision’ between two different companies, HiETA Technologies Ltd and Altair Engineering.

A chance meeting of the two science park tenants led to collaboration on a product that is now available in the marketplace – the cogs and frame of the bike have been printed using simulation software, so each bike can be custom built to the exact specification of the rider.

It is opportunities such as this that is one of the main strengths of the science park, according to Elena Brivio, a project manager for N-AND Group Ltd, a company with a HQ in Bristol and premises in Italy and Hong Kong that specialises in design and development of touchscreens, human machine interfaces and software platforms for different industries and sectors. 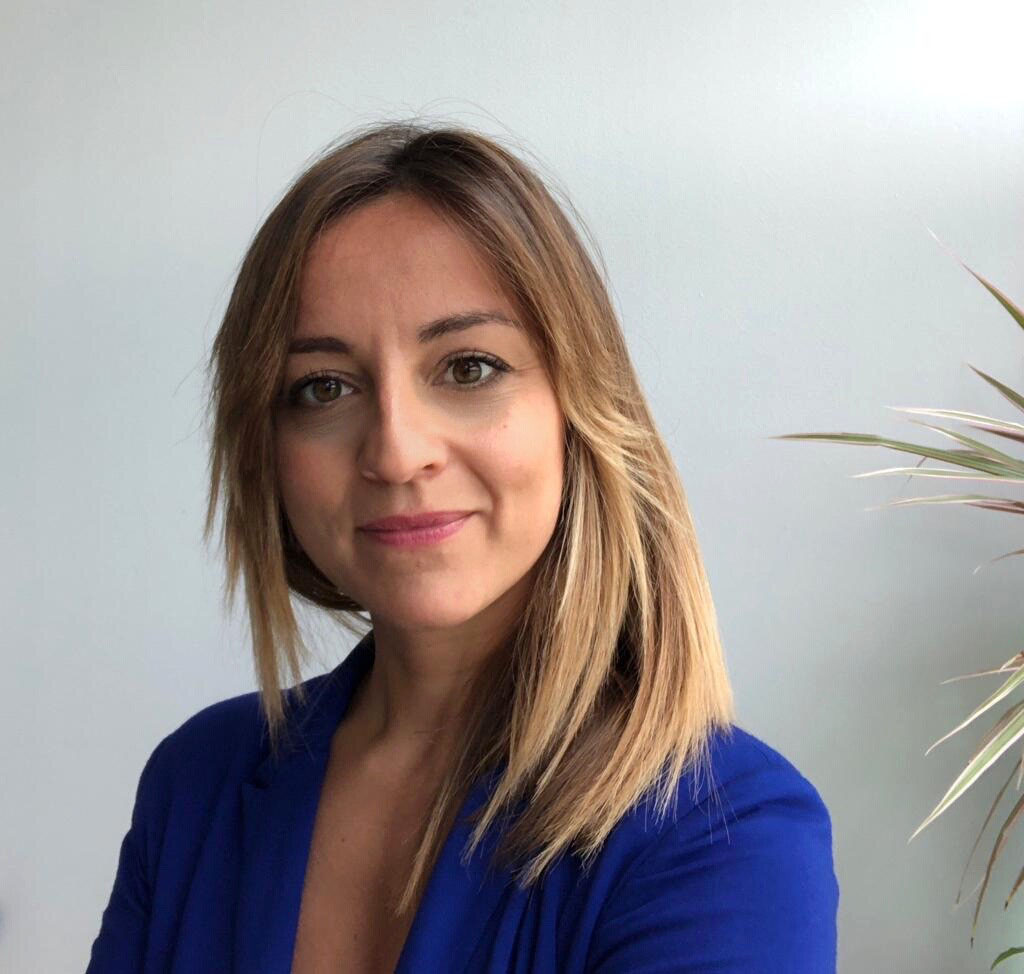 Elena Brivio, says the opportunities for collaboration are a real strength of the science park. Photo courtesy of Elena Brivio

“The science park provides a modern and sustainable environment where to connect and grow with other like-minded businesses,” says Elena.

“It is a place that also fosters creativity and out-of-the-box thinking, where expertise from well-established companies meet the rising talents of the region through collaboration between universities and businesses.

“As technology enablers, we really enjoy being part of this hub for innovation, collaboration and entrepreneurship and to contribute to its activity.” 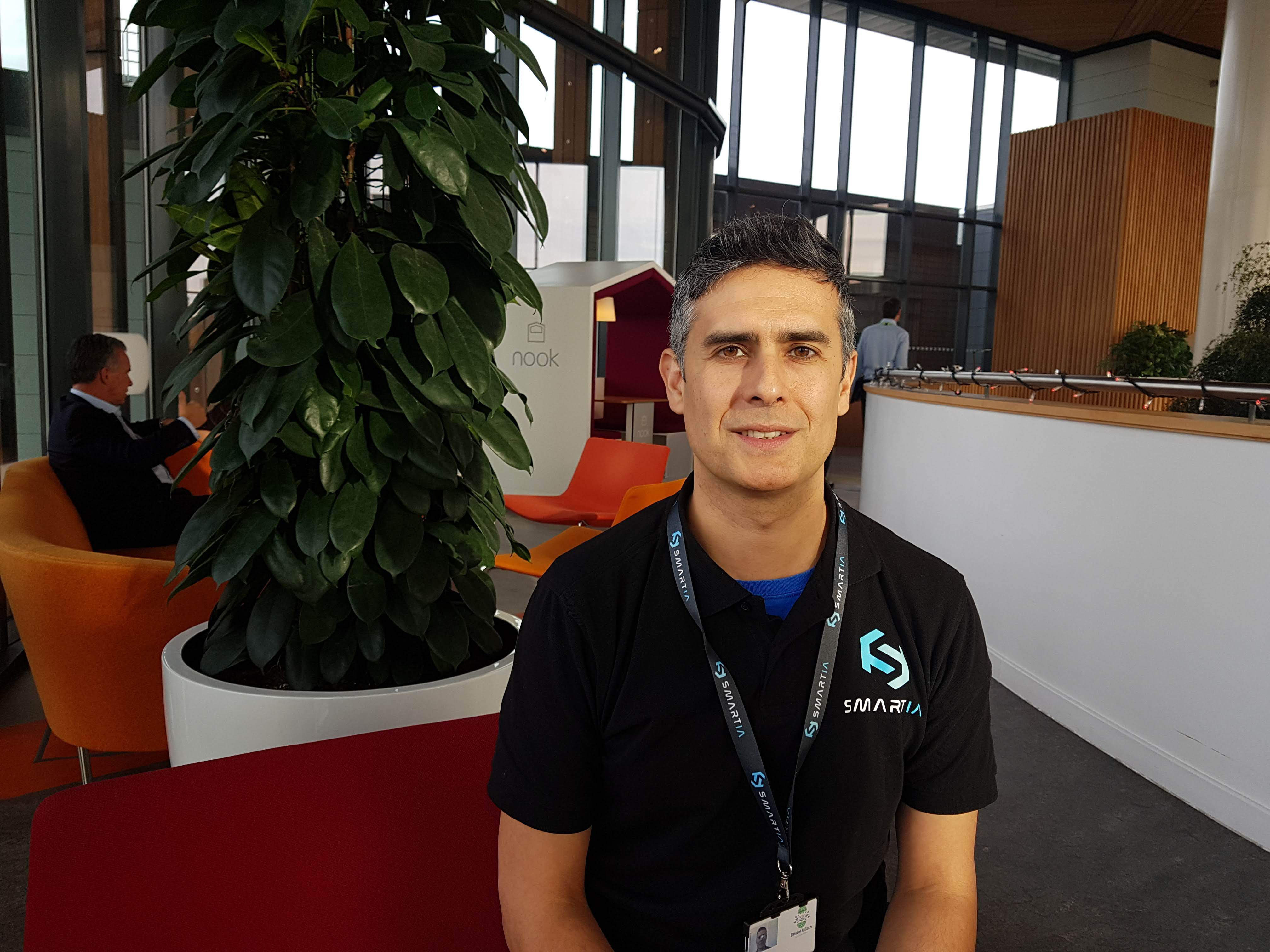 The park has a gateway policy, requiring tenants to be in the field of science, technology, research and development. It aims to provide room for growth and Dr Mauro Aruda is co-founder of one fast-growing startup, Smartia, which specialises in AI solutions to help optimise production lines in industry.

“We started here as virtual tenants,” he tells Bristol24/7, settling down at a small desk on the mezzanine level.

The chief executive officer for Smartia worked all around the country for Qinetiq, a global defence and security company, before working at Airbus. He set up his first company in 2010 and sold it in 2018.

Since launching Smartia in May 2018, Mauro and his team have increased the company’s workforce to 12 in just 18 months. They have just closed their first investment round, which will enable the business to grow to 30.

The company was shortlisted as a trail-blazing startup for AI by Digital Catapult Platinum Awards and, earlier in the year, came top three in a government competition for AI, which saw the Smartia team travel to Canada to work on a project using AI to detect ice on the wings of aircraft.

Mauro says Bristol is particularly strong in aerospace and the vibrant tech ecosystem, combined with the work/life balance in the city, helps startups and entrepreneurs to flourish.

“Location is key for us because we work with organisations like the NCC,” says Mauro. “This is becoming the city for high tech manufacturing and engineering.”

He adds: “The biggest challenge is that people still see London as the place to go, so we have to show that Bristol is the place to be.” 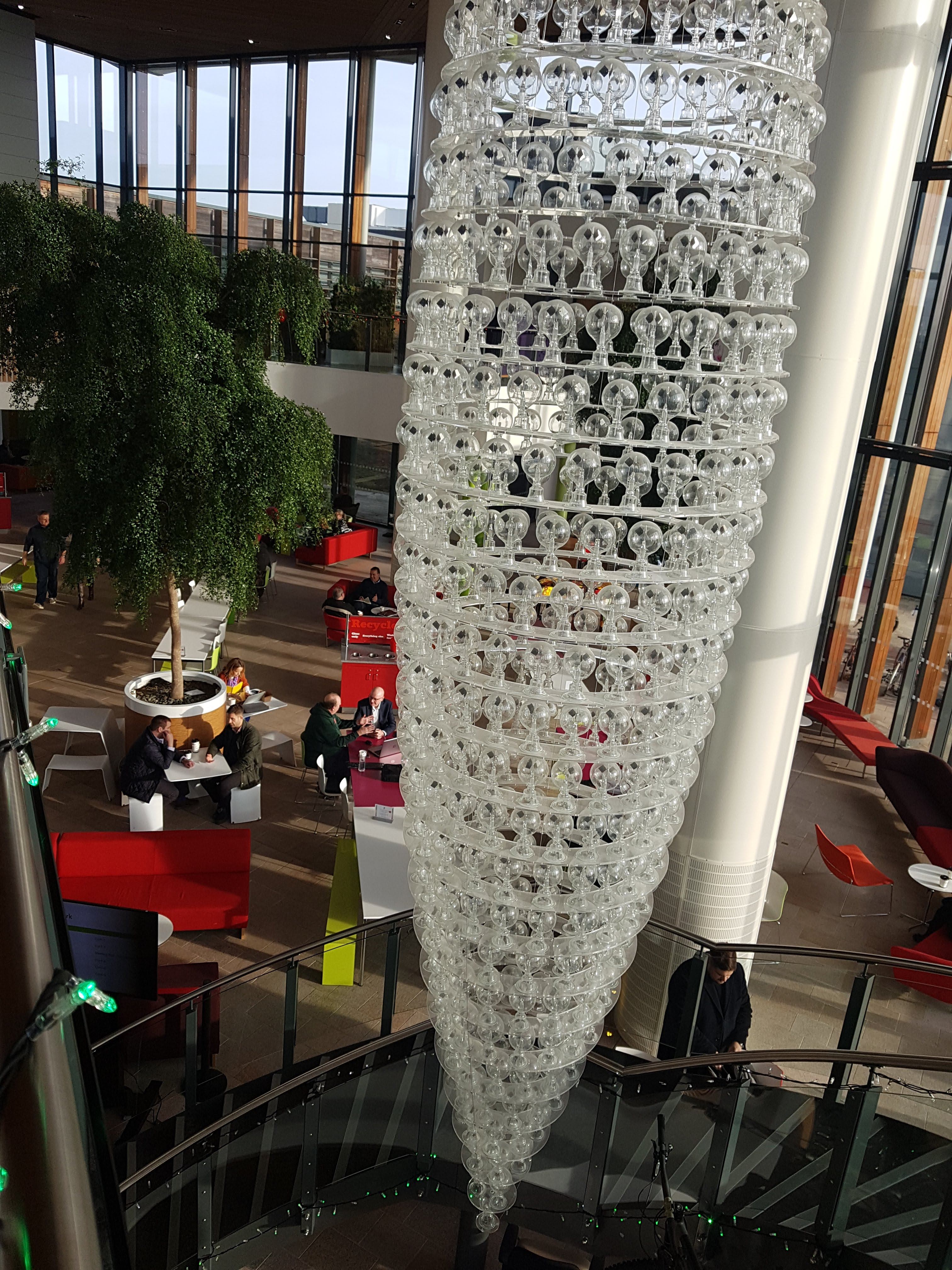 The chandelier created by Luke Jerram. Photo by Ellie Pipe 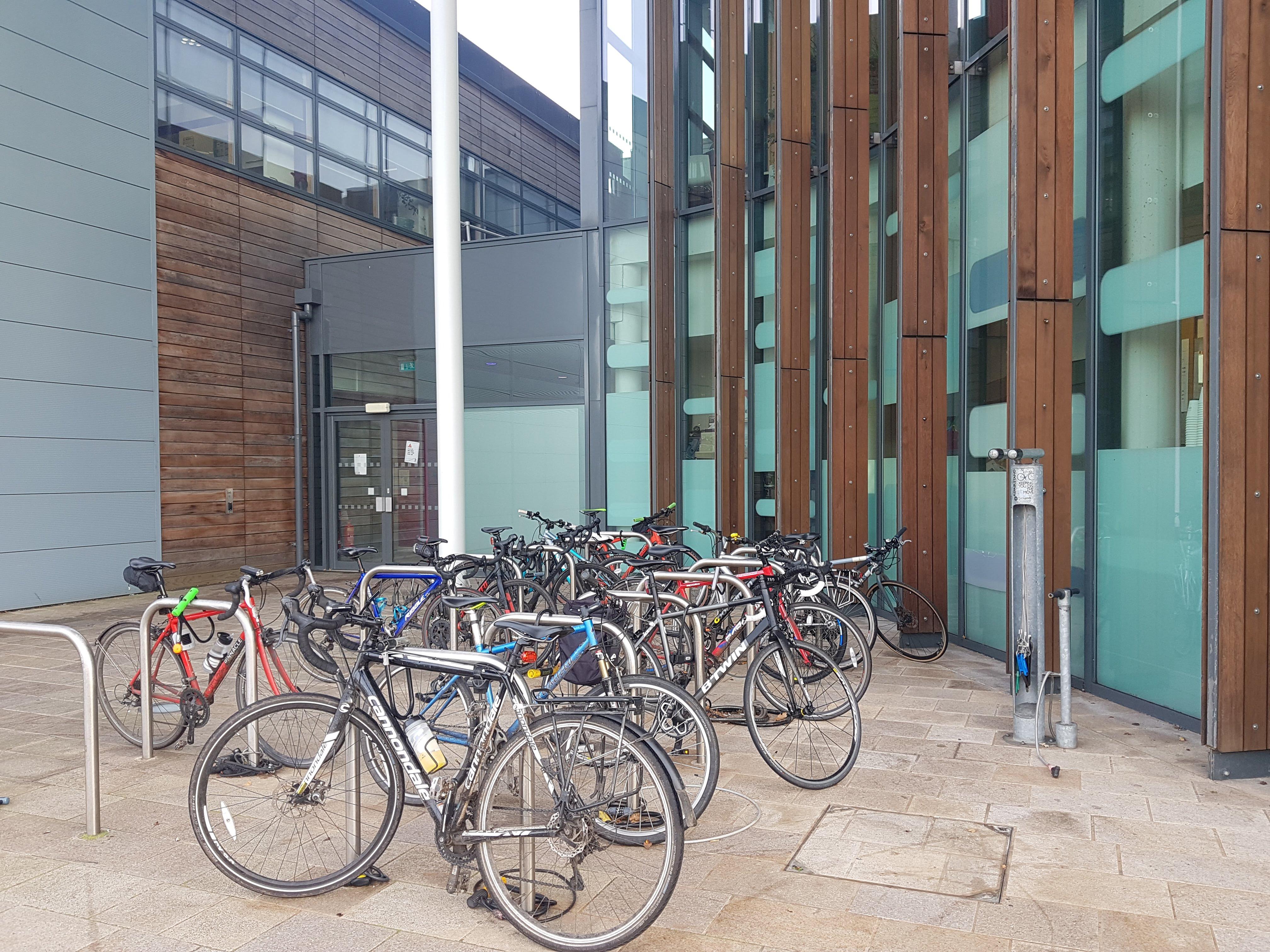