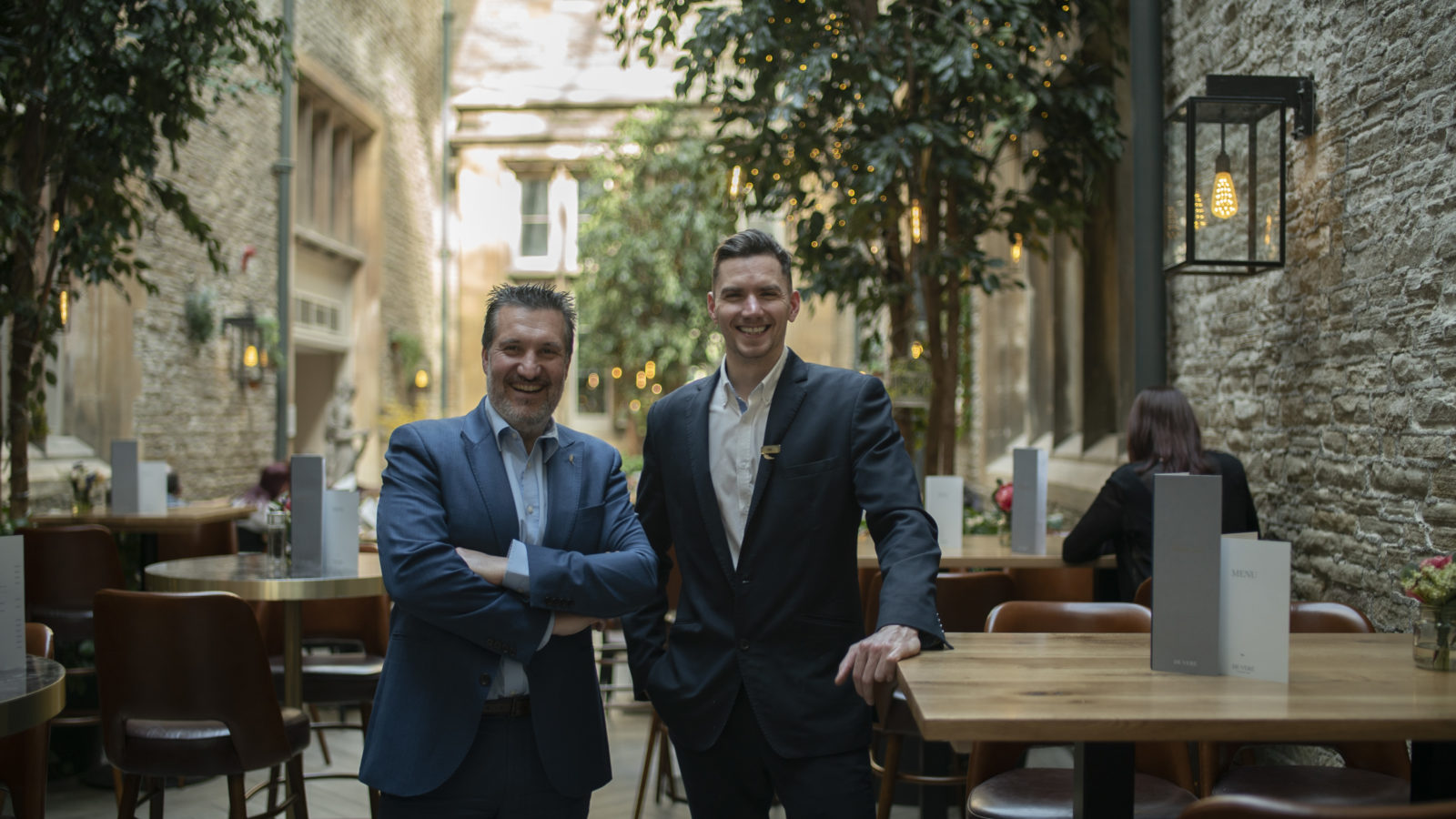 What makes a skilled worker? The UK can’t seem to agree. The Government has designed a new immigration system where criteria such as speaking English to a certain level, having a job offer from an “approved employer” at an “appropriate skill level”, and earning at least £25,600 will help applicants towards the 70 points which will make them eligible for a visa.

This new points-based system, similar to the one that currently applies to non-EU migrants, will apply to migrants from both Europe and beyond starting on January 1, 2021.

A YouGov poll published in March shows Brits think chefs (92 per cent), butchers (84 per cent), and construction workers (77 per cent), among a host of others, are skilled workers. Yet under the new system, the Government is likely to reject applicants in these occupations due to their perceived low skill level.

All in all, some doubts remain over how Britain’s economy will cope with the changes.

With less than a year until the new system is introduced, employers in Bristol are concerned, with farming, construction, and hospitality likely to be hit the hardest.

Bristol hoteliers are calling the new system “unworkable”, stating that it would have a “devastating” impact on the industry. Raphael Herzog, chair of the Bristol Hoteliers Association, says, “It will have a massive impact on how many hotels, restaurants, bars will be able to operate, and will likely cause some businesses to close.”

Bridget Anderson, professor of migration, mobilities and citizenship at the University of Bristol, takes particular issue with the system’s way of measuring skill by earnings. She believes it is not only outdated, but fundamentally wrong.

“The question as to what counts as skill is tricky,” she says. “Outside of immigration, there are skills for life and recognition of soft skills and so on, but when you get to immigration the ideas about skills and earnings become old-fashioned. If you talk to employers, they’re very loath to say they employ unskilled workers.”

True to form, Mark Payne, general manager of The Bristol Hotel on Prince Street, believes all of his staff – regardless of wage – are skilled. “A lot of the roles within hospitality are deemed as low-skilled,” he says. “But I would challenge anybody to clean a room in 30 minutes or make a New York Sours cocktail and try and see how they get on with it.

There is also concern that the new system will disproportionately affect women. Roles which are often dismissed as “low-skilled” in sectors like social care and hospitality are often carried out by women on low wages.

“It creates a vicious circle,” Bridget says. “These kinds of programmes are gendered very negatively.”

Radoslav Tapsak came from Slovakia to the UK to work in hotels and improve his English. He worked his way up from housekeeping and is now restaurant and bar manager at the De Vere Tortworth Court Hotel in Wooton-under-Edge, Gloucestershire.

“We rely on European and non-European workers,” he says. “The majority of the workers in the basic roles at the bottom of the structure are Europeans. Within my department, two full-time colleagues are from the UK and the rest are Europeans.

“From my experience, I was really shocked that the UK government is even willing to think about this. I couldn’t believe what I was hearing. It just doesn’t make sense.”

So, how are hospitality businesses expected to fill vacancies come January? According to BBC reporter Chris Morris, home secretary Priti Patel says companies need to train more British workers to fill vacancies after the introduction of the new system. She views the “economically inactive” eight million 16- to 64-year-olds in the UK as a dormant potential workforce. But Chris notes that many of these are students, carers, or suffer long-term illness.

The other problem is that some British people simply don’t apply for housekeeping roles at hotels. For Mark, this is primarily because we are a prosperous country that is accustomed to employing foreign workers in non-managerial roles within hotels. Simply put, hospitality has an image problem.

“Somebody has to fill those roles and unless we find somebody from Europe, they’re difficult to fill,” he says. “UK Hospitality (the trade association) is lobbying the Government about this, but we also need an image change. We need parents to tell their kids that working in hospitality is a career choice. And that’s going to take time.”

Bridget believes that UK nationals avoid lower-paid roles within the hospitality industry simply because she believes they rarely lead to higher salaries.

“Employers will say it’s because British people are lazy or they’d rather go on the dole or whatever, but what you actually find is these jobs have very limited career progression,” she says.

And yet, on this point, Mark could not disagree more.

“Our food and beverage manager, Barbara, came from Poland eight years ago to work in the bar,” he says. “The hospitality industry has to do more to show the Government and young people that it’s a decent industry to work in. It’s not low-skilled.

“It’s not just washing dishes: a hotel is a £10m business and I don’t think we shout about that enough. There are some really great roles and salaries within the industry. And there is progression, but we don’t talk about our industry enough in that sense.”

The news on the new immigration system is a blow which comes after Mark noticed that job applications from Europeans had fallen “astronomically” since the Brexit vote in 2016.

“We used to get eight applicants for every role within the first two weeks and that dropped to three.”

This problem is compounded by the fact that there are nearly always positions to fill. “It’s a constant churn. Any hotel in the city will have roles they’re looking to fill but they are not filled by UK nationals, generally speaking.”

For Bridget, the new system will not necessarily invoke British citizens to pick up the housekeeping tools that EU migrants have downed and take on the roles themselves, but instead the change is likely to result in greater undocumented working.

“In sectors like hospitality, employers need the workers and there are workers available,” she says.

“It’s also about illegal working by British nationals on welfare benefits,” she adds. “Profit margins can be quite low, so some employers genuinely can’t afford to pay above a certain wage without going bust, in which case if they can’t get migrant workers in then they might find other ways.”

Mark is similarly concerned about shrinking profit margins for all of Bristol’s hospitality industry, but especially for the smaller businesses if they need to suddenly offer much higher salaries in order to employ immigrant workers.

“Look at the amount of restaurants that have closed in Bristol over the last year or two,” explains Mark. “With a chef in the kitchen, rent, waiting staff, a kitchen porter and management, a restaurant is lucky to pull 5 or 6 percent out of the cost of their meals.

“Come January 1, if you have a small restaurant and two waiting staff, and now you need to pay them over £25,600, your percentage is going out the window and you will have to reflect those extra costs in the price of your meals.” 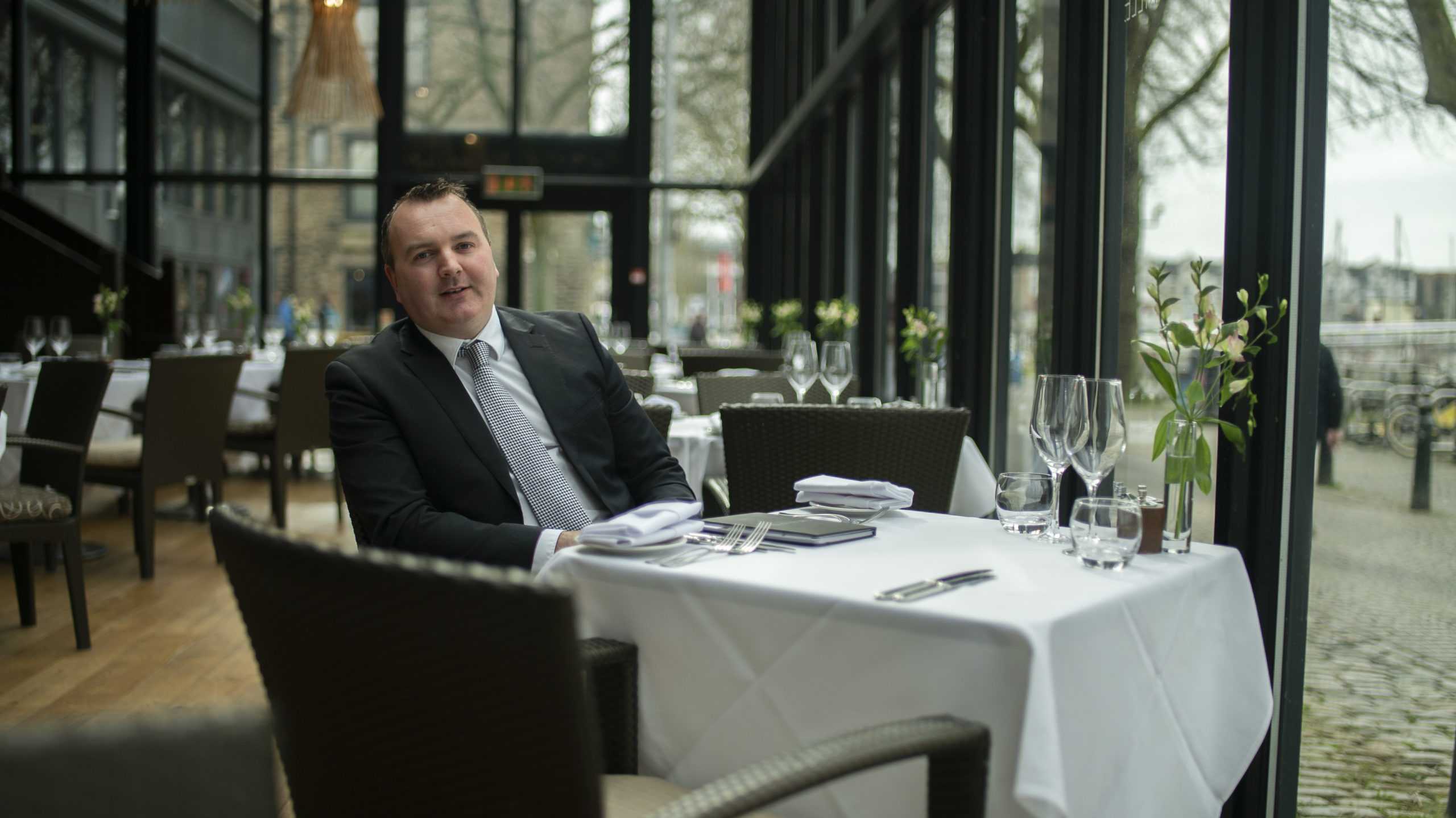 He believes that as the new system is phased in, these small businesses in particular will start shutting down or increasing their prices – which might lead to them shutting down anyway.

The figures are stark. 60 per cent of the workforce at The Bristol Hotel is non-UK. The hospitality industry average is 50 to 55 percent turnover of staff every year. For The Bristol, the vast majority of that turnover comes from that 60 percent.

As things stand, the numbers simply don’t add up.

“The first nine months of 2021 will be interesting,” Mark concludes delicately. “Those people who leave will need to be replaced and that’s the bit the Government hasn’t come out with good guidance on yet.”

All photos by Aphra Evans

Read more: Recruiting the next generation of hospitality professionals