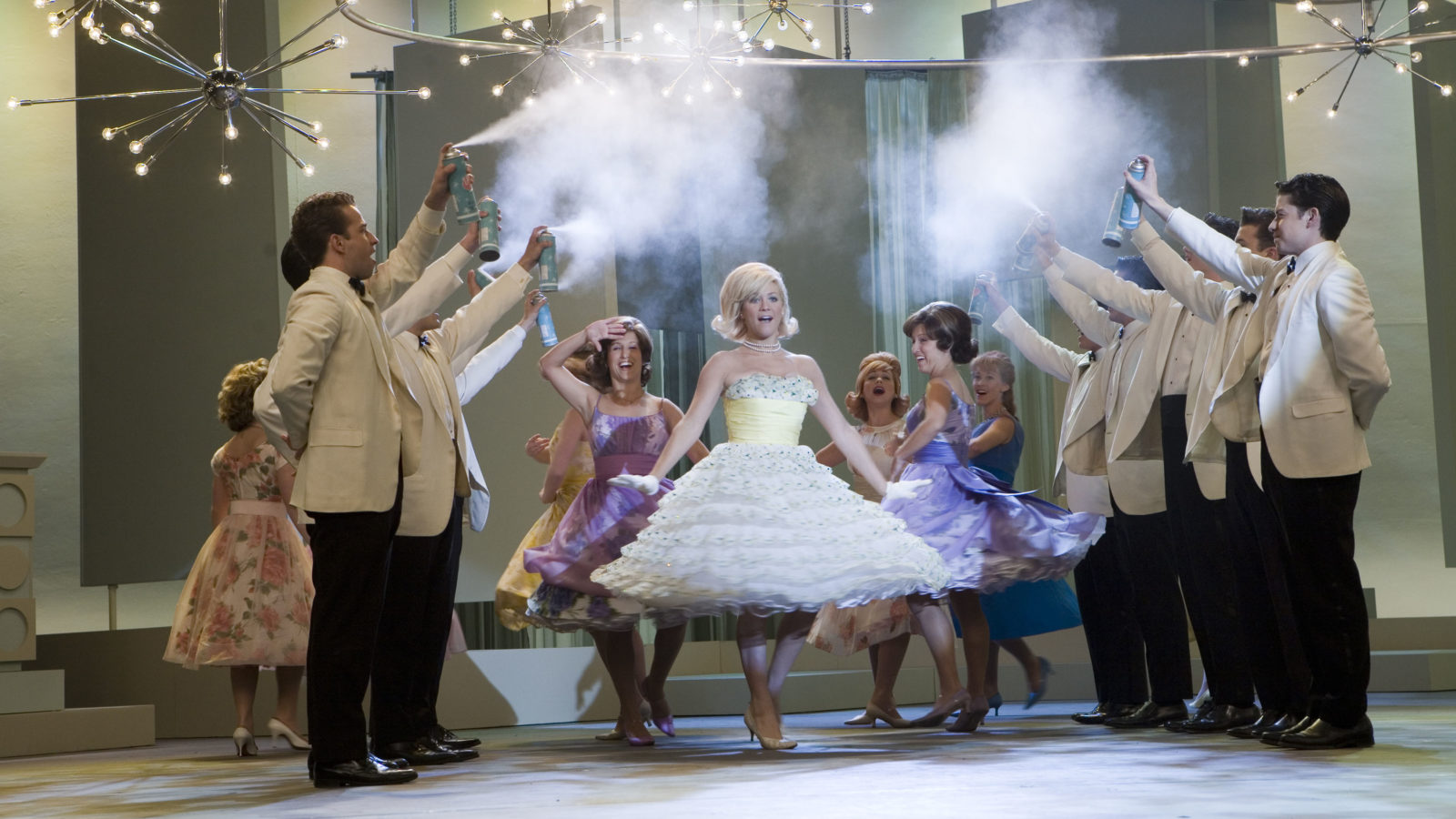 There was much to alarm musical-haters about Hairspray, from choreographer-turned-director Adam Shankman’s CV, which comprises undiluted crap stretching from The Wedding Planner to Cheaper by the Dozen 2, to that running length. Against all expectations, it turned out to be enormous fun from the moment original director John Waters appears in cameo as a flasher during opening song Good Morning Baltimore, as if to endorse Broadway’s inevitably toned-down song’n’dance version of his 1988 Divine-starring classic. Sure, it’s relentlessly – nay, exhaustingly – camp, but Leslie Dixon’s screenplay achieves a well-calibrated balance between hoofin’n’hollerin’ and zingy one-liners, and the end credits are so epic you can slice a good ten minutes off that running length. Best of all, the performers really rise to the challenge, ranging from the stunt casting of a fat-suited John Travolta in the Divine role to sparky newcomer Nikki Blonsky, who amply fills Ricki Lake’s shoes, and Amanda Bynes, proving once again that she was always a considerable cut above her tweenie rivals (Lindsay Lohan, those aptly-named Duff sisters).

A reminder of that plot: in early ‘60s Baltimore, tubby teen Tracy Turnblad (Blonsky) is addicted to hip local TV dance party The Corny Collins Show. With her father’s (Christopher Walken) backing and despite her roly-poly mom’s (Travolta) misgivings, enthusiastic Tracy wins a place on the show and a chance to compete for the Miss Teenage Hairspray crown. Her blonde, all-American rival Amber (Brittany Snow) is not best pleased by Tracy’s burgeoning popularity, nor is Amber’s TV station boss mom (a performance of splendid, scheming, fluffy white cat-augmented villainy by Michelle Pfeiffer). But Tracy’s already got bigger fish to fry, being outraged at the segregation that limits black kids to Maybelle’s (Queen Latifah) Negro Day. “I wish every day was Negro Day,” she opines. “It is round at my house,” quips Seaweed (Elijah Kelley), who’s enjoying a taboo relationship with Tracy’s enthusiastic pal Penny (Bynes) under the nose of her scary, god-bothering mom. Waters’ non-hectoring pro-tolerance message survives intact and, yes, Travolta and Walken do get to perform a bizarre romantic duet.

It’s back on screen in the Musicals, Rewritten? series, which also forms part of the BFI Musicals season.The Watershed’s screening includes a spoken word performance introduction inspired by the film with Malaika Kegode and Caroline Teague.