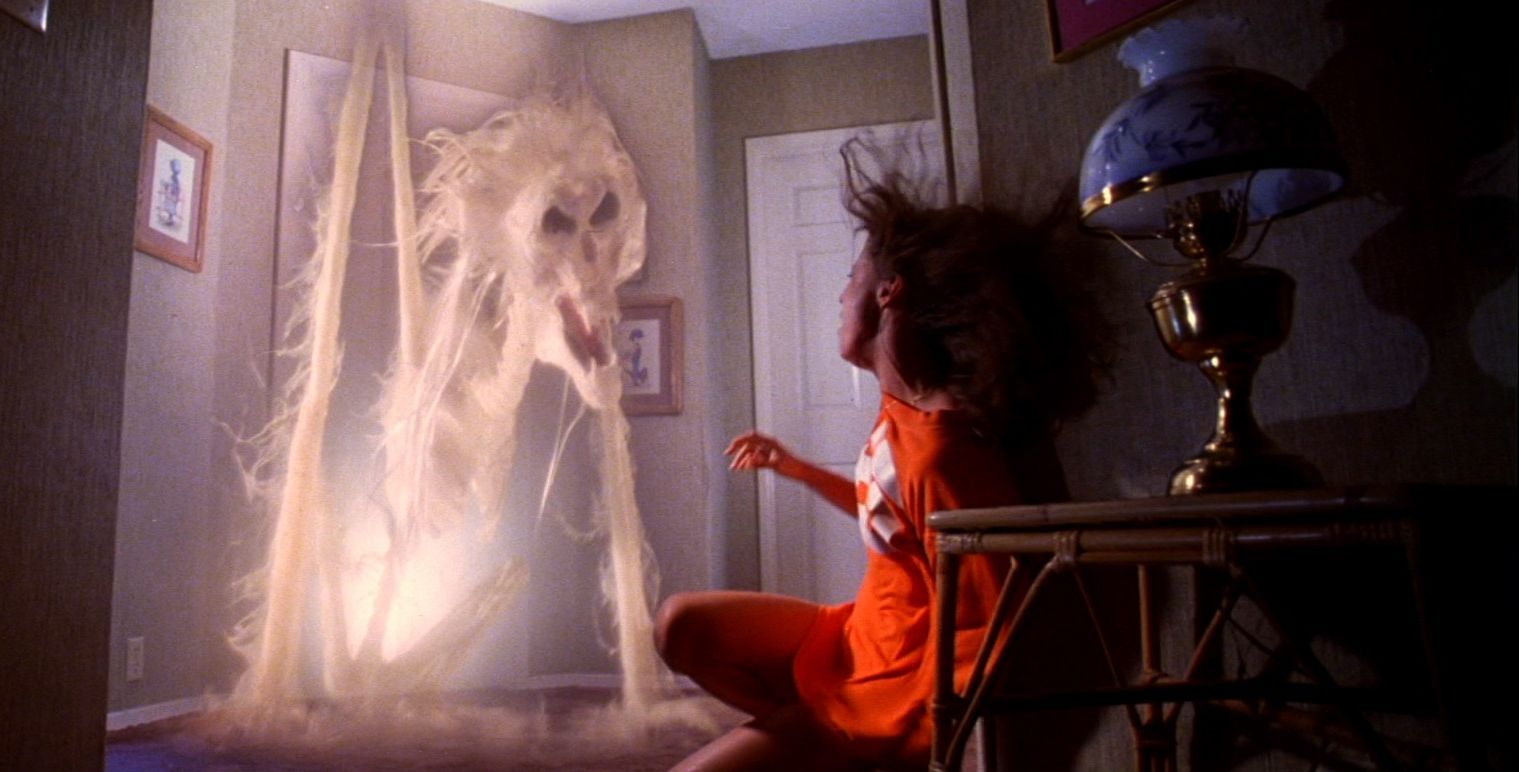 Tobe Hooper‘s original 1982 horror in which a little girl is sucked into the spirit world by spooks that make contact via her boxy old telly.

Just as spooky as the film is the amusing supposed curse of the Poltergeist series. One of the lead actors died after each of the three films. Dominique Dunne was strangled to death by her boyfriend just as the first one was released. Julian Beck dropped dead of stomach cancer after part two. And the series was abruptly terminated after Poltergeist III when blonde moppet Heather O’Rourke succumbed to heart failure at the age of 12.