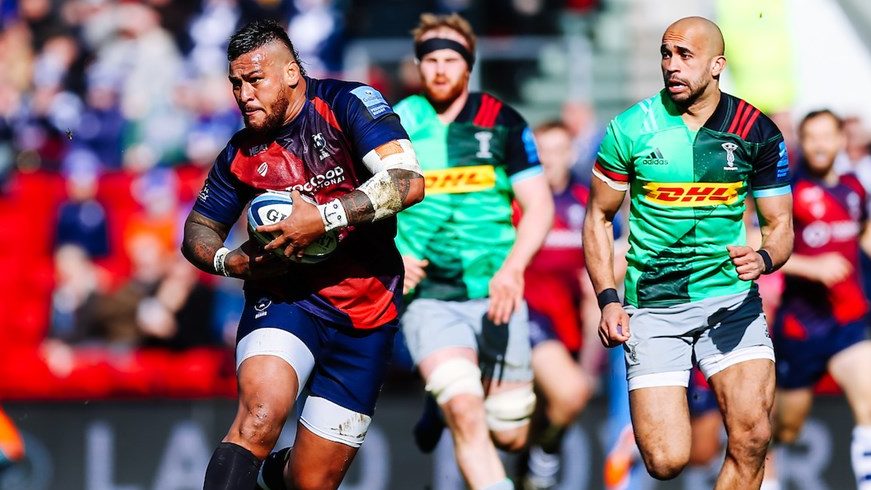 Bristol Bears stormed to a fifth successive Gallagher Premiership win for the first time in the club’s history, as a blistering first-half display overpowered Harlequins at Ashton Gate.

Luke Morahan struck inside 47 seconds to get Bristol up and running, and the Australian added his second on 21 minutes after Aaron Morris had hit back for Quins.

Henry Purdy was sent to the sin bin, but Callum Sheedy added two penalties to give the hosts a commanding half-time lead, while his third eight minutes into the second period made it a 20-point advantage.

In a slower paced second half, Gabriel Ibitoye grabbed a second for Quins late on, but it was little more than a consolation, as Bristol reclaimed third place with an eighth league win of the season.