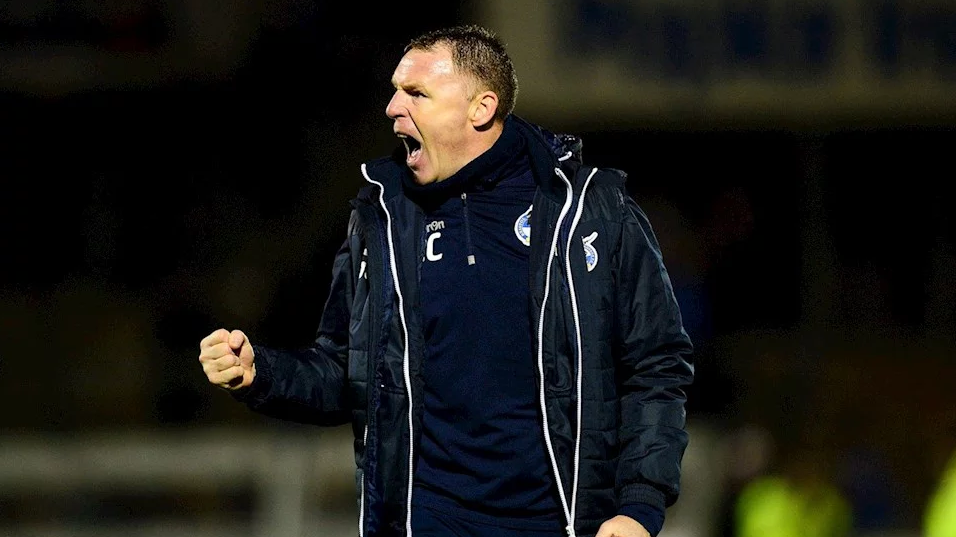 He has already impressed during his spell as interim boss, collecting ten points out of a possible 15, renmaining unbeaten in four games and endearing himself to the Gas faithful with his exuberant celebrations in front of fans.

Thanks to his success as caretaker boss, Graham Coughlan has now been appointed as first-team manager at Bristol Rovers on a two and a half year contract.

Rovers President, Wael Al Qadi, said: “From early on in his interim role, we saw something in Graham that suggested he was the right man to take this football club forward.

“We are really happy that Graham has committed his future to the club and we wish him every success here.”

Coughlan, 44, who was born in Dublin, said that he has “felt honoured to be in interim charge of such a big football club” for the past five games.

As a player, Coughlan represented nine clubs across English and Scottish football including Plymouth Argyle and Sheffield Wednesday, making more than 500 career appearances, and was most recently defensive coach at Rovers, which he joined in 2018.

He said: “I have made it no secret of my desire to take over on a permanent basis and I am thrilled to be the man the club have trusted to take us forward.”

🗣 "If anyone wants this job, they will have to fight me for it."

💪 Graham Coughlan had no intentions on letting the Manager's job go! pic.twitter.com/rn8FsUlLno

Coughlan added: “In the five matches I have overseen the team, along with my experience and love of the game, I believe that I have shown I am capable of building on the great work that Darrell Clarke has done in recent years.

“Together with the supporters, we have already enjoyed some great moments and I can’t wait to create even more.”