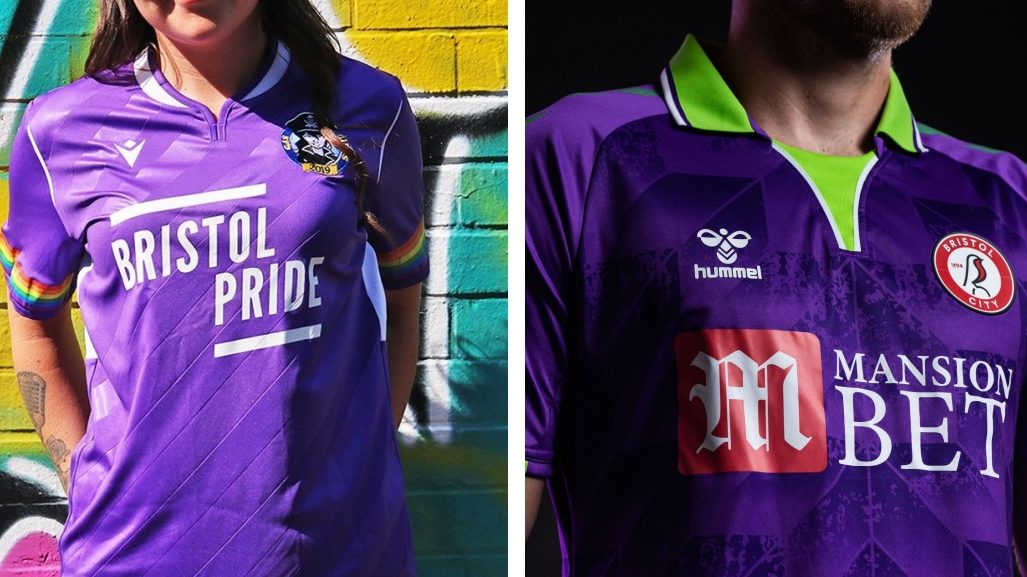 The away jerseys of both Bristol Rovers Women’s and Bristol City have been named among this season’s best football shirts by curators at the National Football Museum.

The Manchester museum’s curators pored over hundreds of shirts from up and down the UK before selecting the very best.

City’s purple and lime away kit was ranked as the very best, while the Gas Girls’ link-up with Bristol Pride was named the best among women’s teams.

The museum’s top 25 comes as it extends its Strip! How Football Got Shirty exhibition until spring 2021. The exhibition has more than 200 shirts on display.

“Purple and lime wouldn’t normally be considered a desirable combination, but this is an absolute banger,” said National Football Museum curator, Jon Sutton, about City’s kit, designed by Hummel.

“For Robins fans these colours also evoke memories of a famous night at Anfield in 1994 when they knocked Liverpool out of the FA Cup. The pattern has a strong resemblance to the classic Netherlands shirt from 1988 which can’t be a bad thing. The goalkeeper shirts are quite something too!”

The Gas Girls second kit was co-designed by manager Nathan Hallett-Young and club secretary Matthew Davies, and made its first appearance in the FA Cup against Chipping Sodbury in September:

A worldie from Rosanna Rocha to make it 2-0 to @GasGirlsWFC at Chipping Sodbury. pic.twitter.com/2S0Zb9e5oH

Sutton described the Rovers Women’s shirt as “vibrant (and) eye-catching”, adding that the Gas Girls are “a progressive women’s team who want to establish their own identity, independent from the men’s team”.