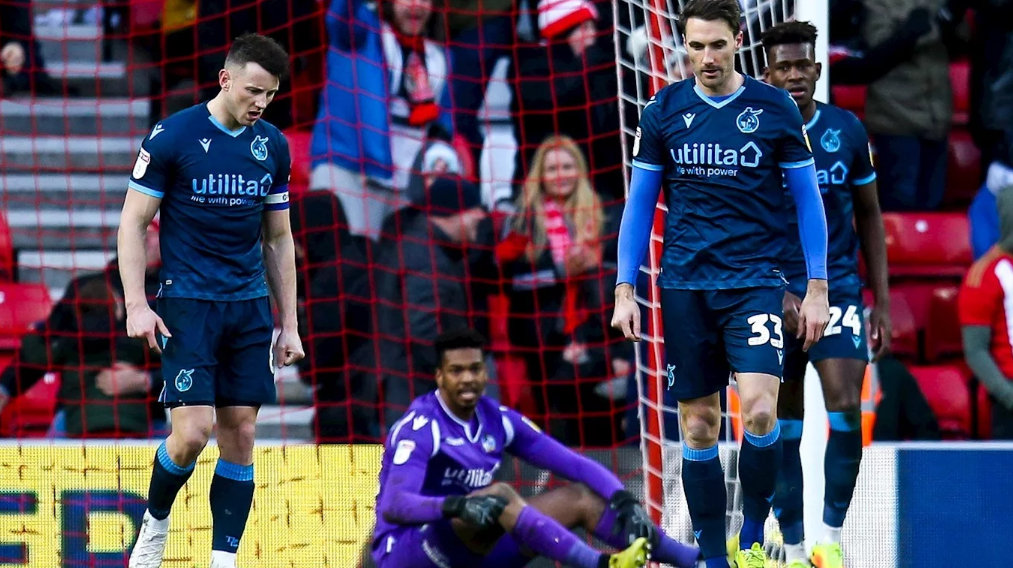 A red card shown to Abu Ogogo changed the game as Bristol Rovers looked to be in the position to grind out something at the Stadium of Light with an hour gone.

With Rovers down ten men, the task became even more difficult, and Sunderland made their pressure pay, firstly through Gooch, before Wyke slotted home under contentious circumstances.

After Rovers players Alfie Kilgour and Tony Craig collided and were both laid out on the deck, the ball bounced through to Wyke who rounded Blackman before slotting calmly into the empty net – leading to Rovers manager Ben Garner receiving a yellow for his protests.

With less than ten minutes to go, a fortunate deflection saw Luke O’Nien’s effort wrongfoot Blackman and find the corner of the goal to make it three.

Garner said that he was “absolutely fathomed” by Sunderland’s second goal and asked for an apology from the referee following what appeared to be a clear clash of heads.