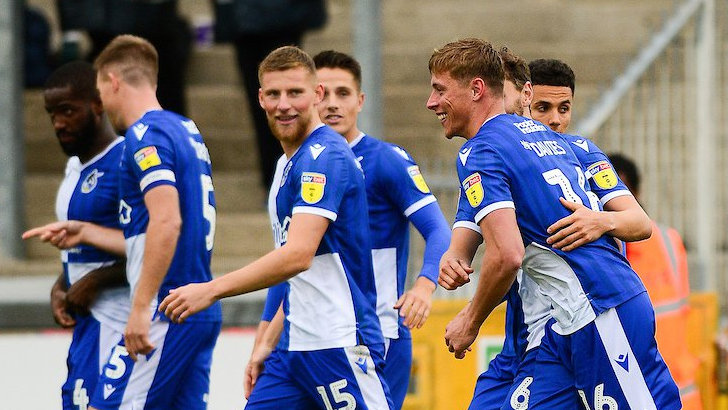 Bristol Rovers continued their unbeaten home record with a victory against MK Dons, with the Gas climbing into fourth place in League One.

A first goal for Tom Davies was enough to separate the two sides at the Memorial Stadium after he expertly flicked a low cross back across goal and into the top right corner.

The win came even without record goal scorer Johnson Clarke-Harris in the starting lineup, who was ruled out through injury.

“It was tough, at times it was a grind,” said Rovers manager Graham Coughlan.

He added: “I’ve got a lot of tired bodies in the dressing room but they are jovial, they are in good form and fine confidence and fine fettle.”

Read more: Rovers striker named League One player of the month for September