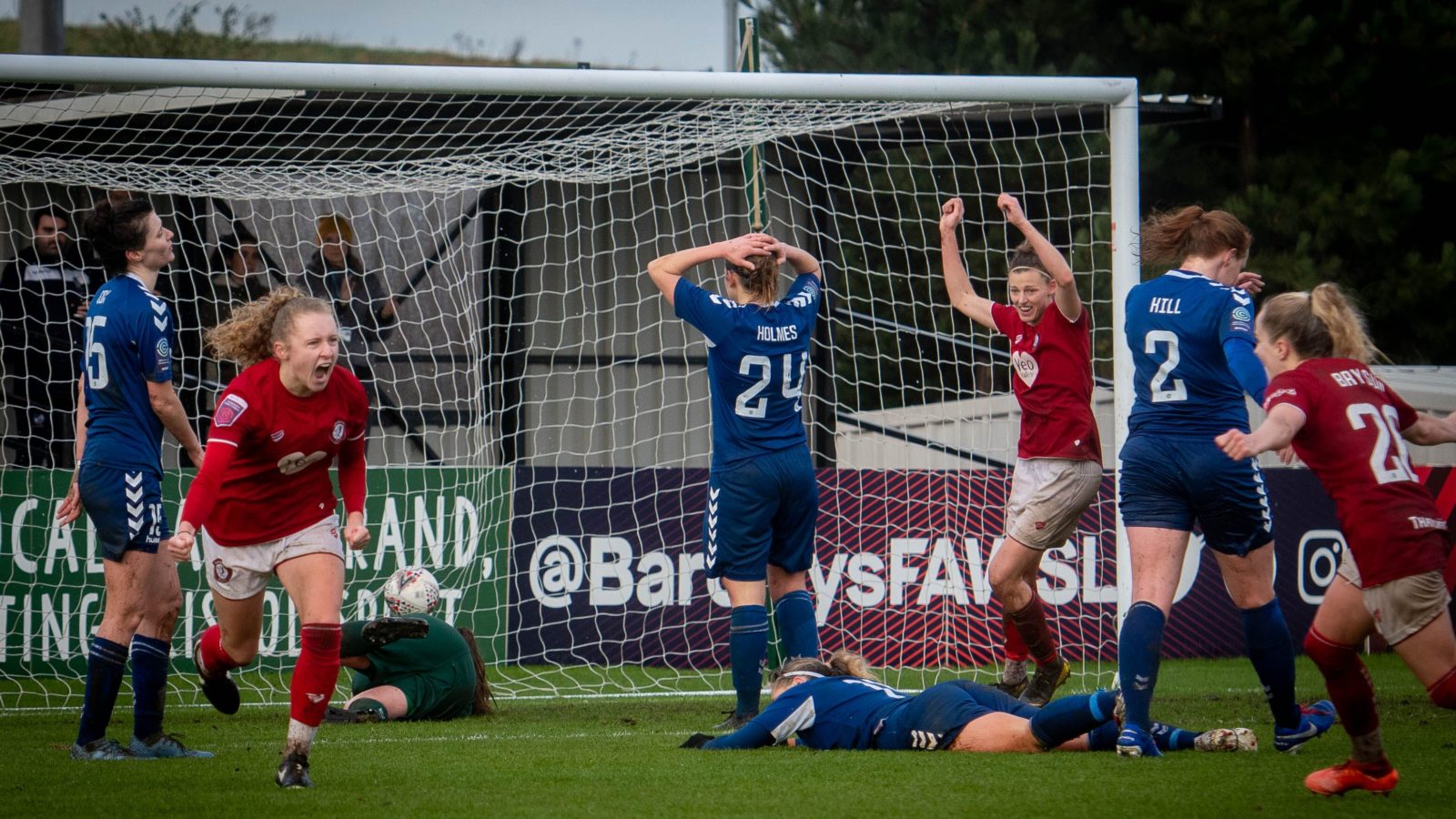 Katie Robinson’s goal in extra-time was enough to send Bristol City Women through to the fifth round of the Women’s FA Cup in a dominant 1-0 win over Durham.

The first half lacked many chances from both sides, with the teams struggling with the wet conditions at the SGS Stoke Gifford Stadium.

The best chance came for City ten minutes before half-time when Charlie Wellings latched onto a poor goal-kick, however her effort from close range was too powerful and flew over the bar.

Durham had a great chance just before the break to take the lead after a goalmouth scramble resulted in consecutive blocks from Jas Matthews, Liv chance and Gemma Evans, including one off the line. 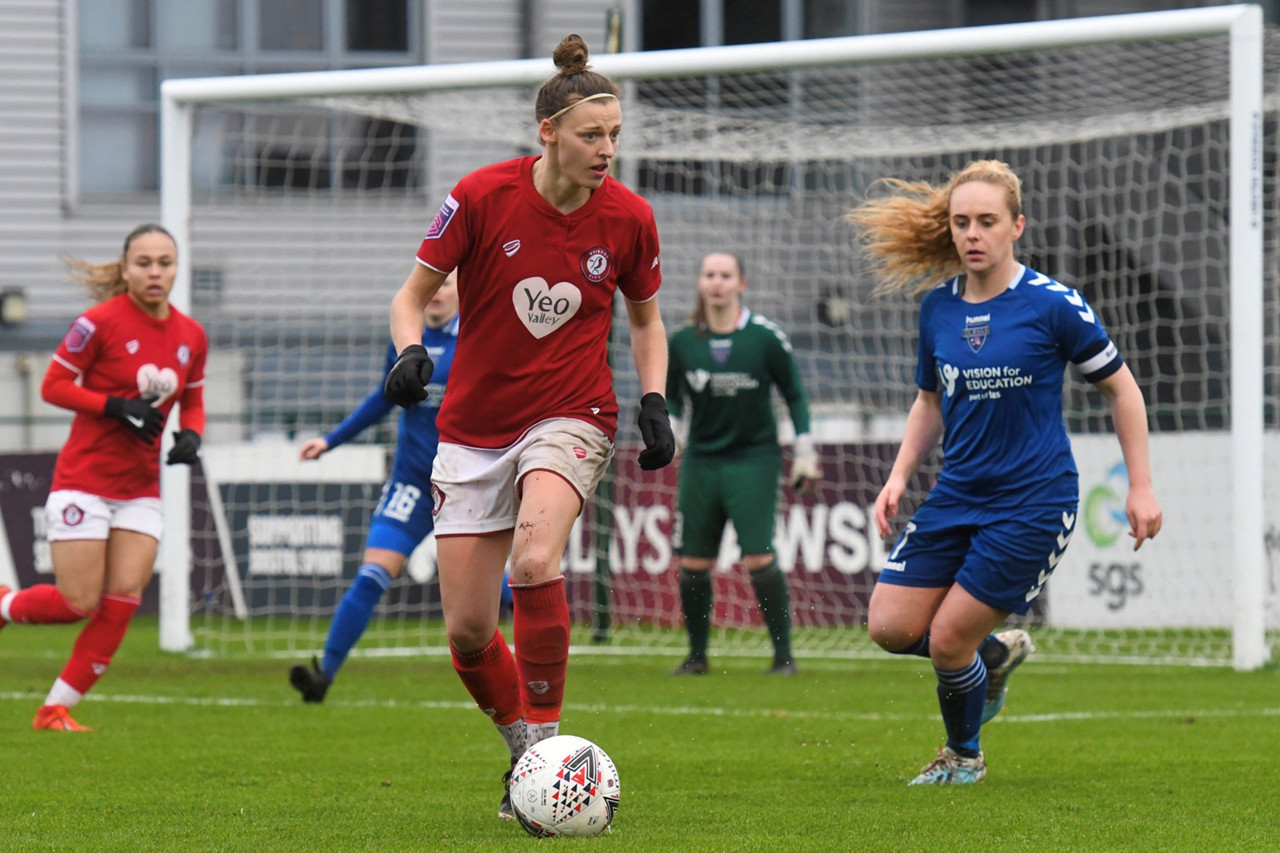 The second half’s script ran the same as the first’s as both sides struggled to create chances.

The Robins brought on both Ebony Salmon and Katie Robinson just after the second half began, with Salmon playing through the latter one on one, but her effort was smothered by Megan Borthwick in between the sticks.

Yana Daniels saw her long-range freekick in the last second skim just past the post, meaning extra-time was needed.

City finally got their goal in the 103rd minute through substitute Katie Robinson who picked the ball up and weaved her way through the defence with a touch of luck, wrong-footed the defender and smashed home a well-deserved goal.

Salmon nearly doubled the lead two minutes later when she got in between the defender and the onrushing keeper’ to poke it around Borthwick and get a shot off, however she was unlucky to see it hit the bar and go over.

A controlled performance from City saw them see out the 1-0 victory, sending them through to the fifth round of the FA Cup.

Main photo by Will Cheshire