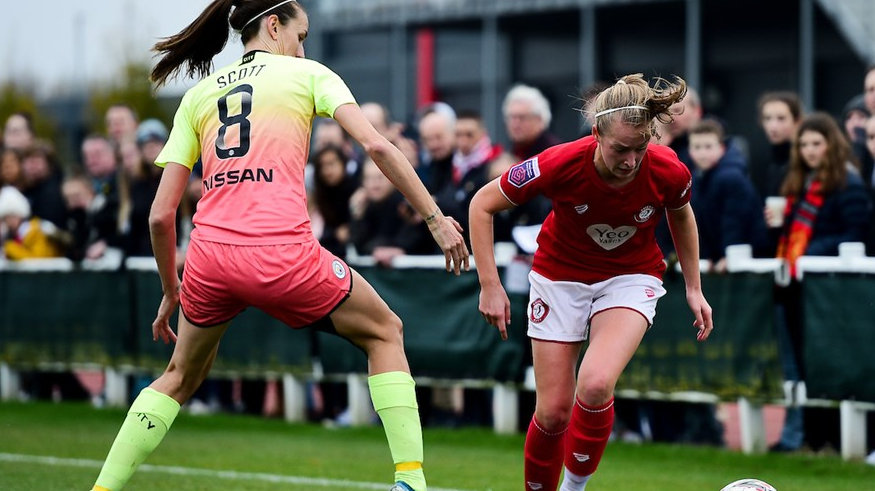 Bristol City Women suffered a 5-0 defeat against top of the table Man City at the SGS Stoke Gifford Stadium.

The visitors took the lead just after the 20-minute mark when Tessa Wullaert tucked the ball past Sophie Baggaley from close range.

Janine Beckie’s cross fell to the feet of the Belgian international just outside the six-yard box who managed to turn and roll the ball into the bottom right corner.

Man City nearly doubled their lead ten minutes later when Ellen White dispossessed Yana Daniels and played a quick one-two with Wullaert to get in-behind the Robins defence, but her driven shot was well held by Baggaley. 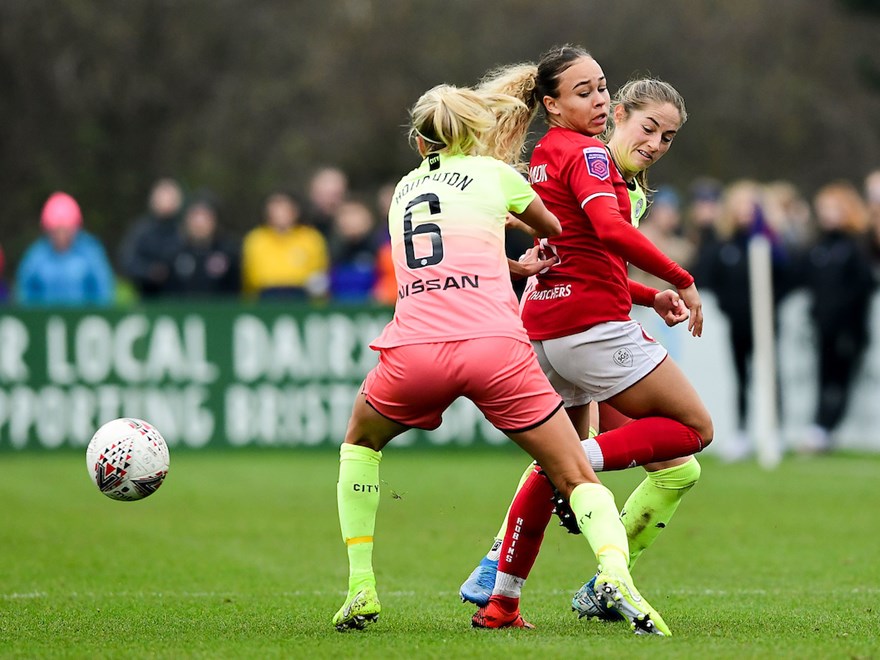 Ebony Salmon battles for the ball against Man City

Ebony Salmon was introduced at the break, and she almost made an instant impact as she used her pace to get in-behind the Man City defence and force Ellie Roebuck into a quick-reaction save.

Salmon continued to cause havoc for the Man City defence when she latched onto Matthews long ball and rounded Roebuck, however the ‘keeper made a good recovery to regain possession.

Man City got their second of the game on the 65th minute when Ellen Walsh’s brilliant through-ball put White one-on-one, and the England international made no mistake in tucking it under the onrushing Baggaley.

Salmon continued to be the Robins biggest threat going forward and tested the gloves of Roebuck once again with a thunderous long-range effort that was brilliantly saved.

The third came for the league leaders five minutes from time when substitute Pauline Bremer found space just inside the box and her first-time shot nestled into the bottom corner.

It was 4-0 just two minutes later when Caroline Weir lashed the ball past Baggaley from distance, and the fifth was added a minute into extra time when Bremer was put through on goal and tapped home to get her second of the game.