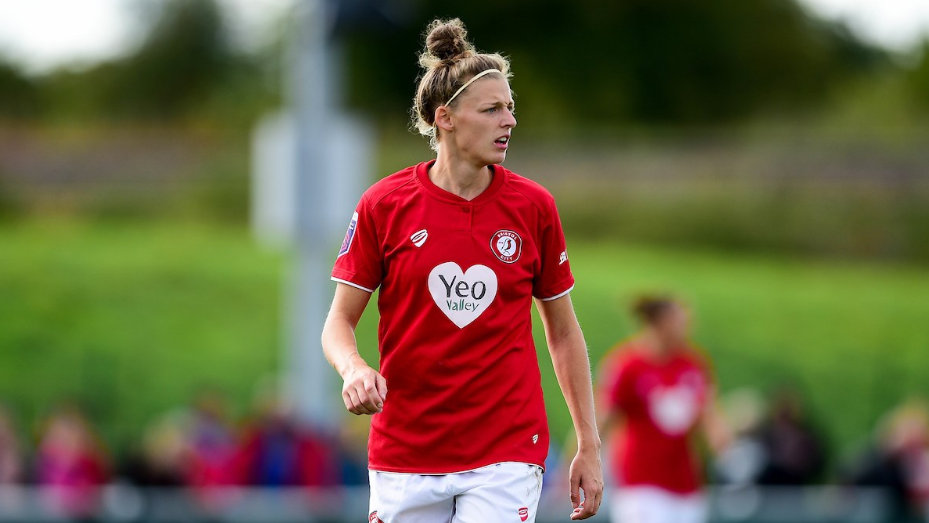 City Women endured a tough night against Arsenal at Meadow Park in the FA Continental Cup.

The opening stages of the first half bared few clear cut chances as Arsenal looked to break down the compact Bristol City defence.

Evans almost got on to the end of Van de Donk’s testing ball into the area for an opener for the hosts, but Flo Allen was on hand to intervene and turn the ball behind for a corner.

City Women had a glorious chance to break the deadlock as Salmon managed to get on to the end of a ball down the right channel from Sargeant, but as she looked to pick out Daniels int he six-yard box, Peyraud-Magnin made a fine stop to prevent a tap in.

Arsenal then broke the deadlock just after half an hour as Little’s run into the box was picked out by Miedema and the midfielder made no mistake in tucking the ball into the far corner.

Miedema almost doubled the host’s lead as she rifled a shot towards the bottom corner on the turn, but Baggaley got down quickly to her left to make an impressive stop.

With forty-five minutes gone on the clock Roord looking to fire a left-footed shot on goal, it went through a crowd of bodies and Evans misjudged her clearance with the ball deflecting off her leg and past Baggaley to make it 2-0.

Arsenal grabbed their third on the fifty minute mark as the referee pointed to the spot as the ball flicked up on to the arm of Brown and Little converted from the spot.

City had a shout for a penalty of their own not long after as Robinson and debutant, Collis worked a way through the Arsenal backline. As Robinson pulled the ball back to Daniels the Belgian went down under the challenge of Schnaderbeck, however, the referee waved away the penalty claims.

Miedema then scored two in ten minutes to take Arsenal’s lead out to five. Firstly, she squeezed the ball in at Baggaley’s near post before then turning in Evans’ low cross.

With the game approaching it’s close Arsenal netted another two as Nobbs turned in Roord’s cross and Beattie scored from the edge of the area.