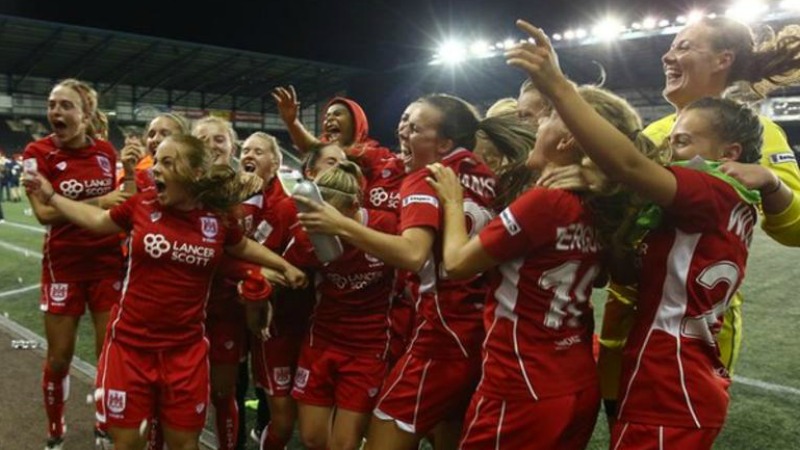 Bristol City Women hope to kick off with a win against Reading Ladies FC, when they meet on Sunday, April 22 for the first game of The FA’s Women’s Super League Spring Season at Ashton Gate. Bristol24/7 spoke to Willie Kirk, head coach for Bristol City Women, ahead of the game.

How have preparations gone?

Good – the players are champing at the bit to get started. It’s been a very long pre-season. We’re just very excited that the Spring Series has arrived.

What’s the format of the Spring Series?

It’s exciting in terms of being very busy – nine games in seven weeks – so there’s always a result or a defeat to get over, and the team needs to refocus over just a few days. It also gives us a good chance to rotate things and make sure everyone gets an opportunity to play.

Prepare, play, recover, prepare play recover and so on, for seven weeks, is a good environment to be in.

Did the Vixens’ FA Cup Campaign go as you had hoped?

The FA Cup was good to get those competitive games in before the Spring Series. The Millwall game we won fairly comfortably – nothing against Millwall, it was just a very good performance.

Against Man City, it was obviously completely different. We were playing against the best in the country and we did well. To lose the deciding goal in the 88th minute, there was immediate dejection but the players soon saw all the positives and the very good points of their performance. It’s been good to get those games in, and then to focus on getting ourselves ready for this Spring Series.

There was disappointing news recently when we heard that striker Millie Farrow has an anterior cruciate ligament (ACL) injury – will it affect the Vixens’ performance?

It’s a huge blow. She had surgery Wednesday morning, so that’s the first step back to recovery, and the first step to back on the pitch is a number of months away.

She’s a big character in the dressing room and everybody’s a bit affected by that, but she will bounce back from it. But in terms of the rest of the squad we are in a good position.

Corinne Yorston [now almost fully recovered from an ACL injury a year ago] is close to top form, so I think we’re in a good place. The players have worked really really hard and we are in a good place for this busy period.

You’ve confirmed that you’ll be extending your contract until at least the end of next season – are you excited about what the future will bring?

It’s great. I’m very happy in Bristol and very happy at the club. The reason I hadn’t signed for long from the start is because I thought we needed some improvements off the field to support what we are doing on it.

Some key appointment, in terms of a new general manager, have now been made, and there’s been improvements in the marketing and the media side of it, so it’s all really positive. After that, it was a really easy decision to stay on.

We’ve talked to all the players about this being a season-and-a-half and not just a mini season. We are looking at it in the long-term, and looking to get some players committed to it for that length of time, which is important to give the players some stability. And we’re planning to really using the Spring Series as a trial for the winter season for when the results really count.

If we can use this as a build-up to that, and a chance to get us to where we want to be in September, that will be a really positive thing.

The first game at Ashton Gate is a double-header with the men’s team – does that affect performance at all?

It just adds that little bit extra to the game. We were at the men’s game against QPR and obviously saw a great result for them. It also gave us a chance to check out the facilities and the surroundings.

Depending on the weather and the men’s result on Saturday, I’m sure they will be two big factors. We want to get as many people as possible to come along to our game, but primarily to stay for the second match. It will be a huge boost for the girls to have a good home crowd cheering them on during their first match of the Spring Season.