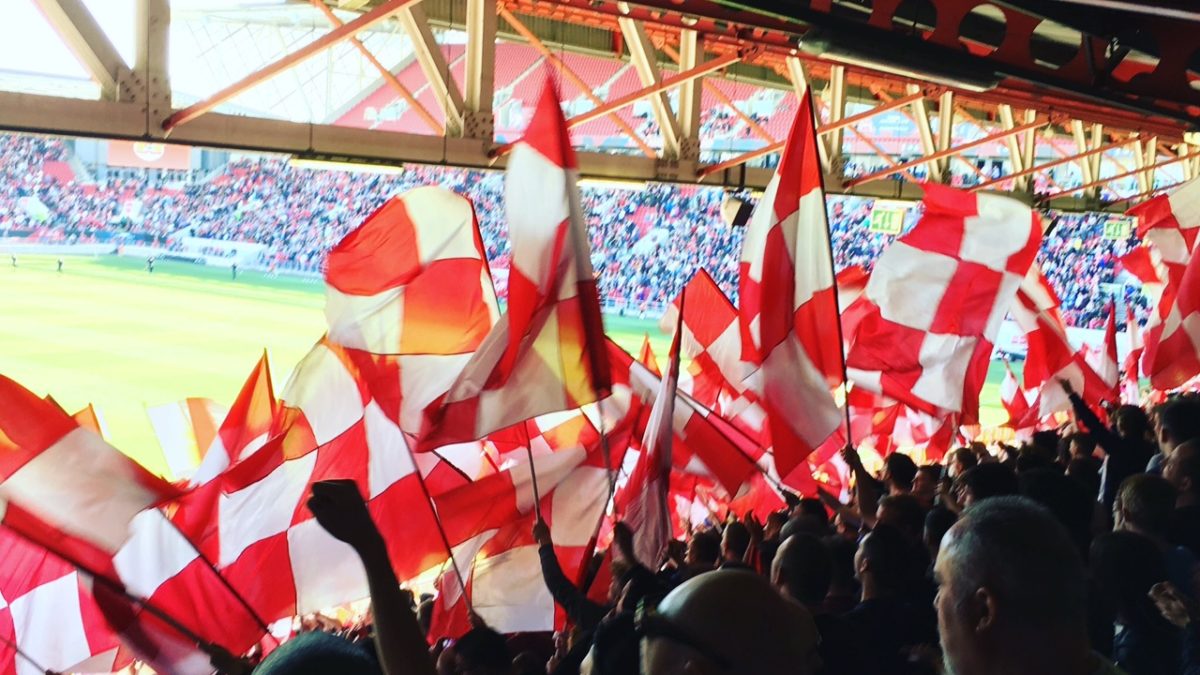 It’s been another disappointing week for us Bristol City fans, as the team were held to a goalless draw at the Pirelli Stadium against Championship strugglers Burton Albion. The score mirrored the reverse fixture at Ashton Gate back in October, a game at a time in the season when most City fans felt just about any result could go our way.

Things have changed a lot since October. Back then, we hadn’t yet beaten Manchester United in the 93rd minute before showcasing Johnson’s expansive style of football on the world stage against Manchester City. We had nothing to prove, and most City fans would’ve no doubt taken a top-half finish – a massive improvement over last season’s scramble away from relegation.

But things are different now, and the weight of expectation now seems to be a significant burden on most of the players. Fans were hopeful of an immediate bounce back after the loss to Preston the previous Tuesday night, and Burton, a team placed second from bottom, seemed like the perfect team to do it against. How unfortunate then that neither the score nor performance resembled anything remotely like a return to form.

I asked my podcasting co-host Stan (of One Stream in Bristol) to sum up the game in a word. He rather bluntly replied, “infuriating.” I can empathise; he was one of 1,700 away fans who made to 250-mile round-trip for a bore draw. It’s especially infuriating when the players seemed to have settled for the result. Josh Brownhill posted a photo of him on the pitch at the Pirelli with the caption, “A point on the road!” – not the same player as the one striving for an automatic promotion place earlier on in the season.

Off the pitch, the season ticket price controversy continues. Prices have generally risen across the stadium, with some fans being hit worse than others, particularly children and people with disabilities. The eventual reintroduction of the under-12 and under-19 season tickets in the Lower Lansdown was overshadowed by a price increase of up to 200 per cent from last season. Disabled season tickets had originally been planned to move in-line with the age categories for all supporters, essentially removing the discount for disabled supporters outright.

However, on Thursday Jon Lansdown released a statement regarding the controversy. He spoke first about the amount of investment that had gone into the new stadium, and how money had been put into developing the Upper Lansdown into a family-friendly area, with the concourse designed to provide fun to children before, during and after the game. The idea being that families would relocate from the now-extortionate Lower tier to a dedicated family area above.

In regards to disabled ticket prices, Mr Lansdown said that the decision to move tickets in line with all supporters had been “in keeping with the guidelines set out by Level Playing Field” and that instead of matching the prices in one season, the change would be gradual over the next three years.

There had also been a rumour of the season ticket drinks discount benefit being removed, but Mr Lansdown cleared this up by saying: “Season card holders will be entitled to a ten per cent discount on all food and beverages purchased in the concourse, coffee shop and hospitality areas, alongside earning loyalty in other areas, including the Store at Ashton Gate”.

Up next is Ipswich at home. City have a good home record against The Tractor Boys, winning their three last meetings at Ashton Gate. Combine this with the impressive 3-1 away win at Portman Road earlier on in the season and things start to look quite promising. Personally, I’m still hopeful of a late run of form for Bristol City. Hopefully, this will be the game to start it.