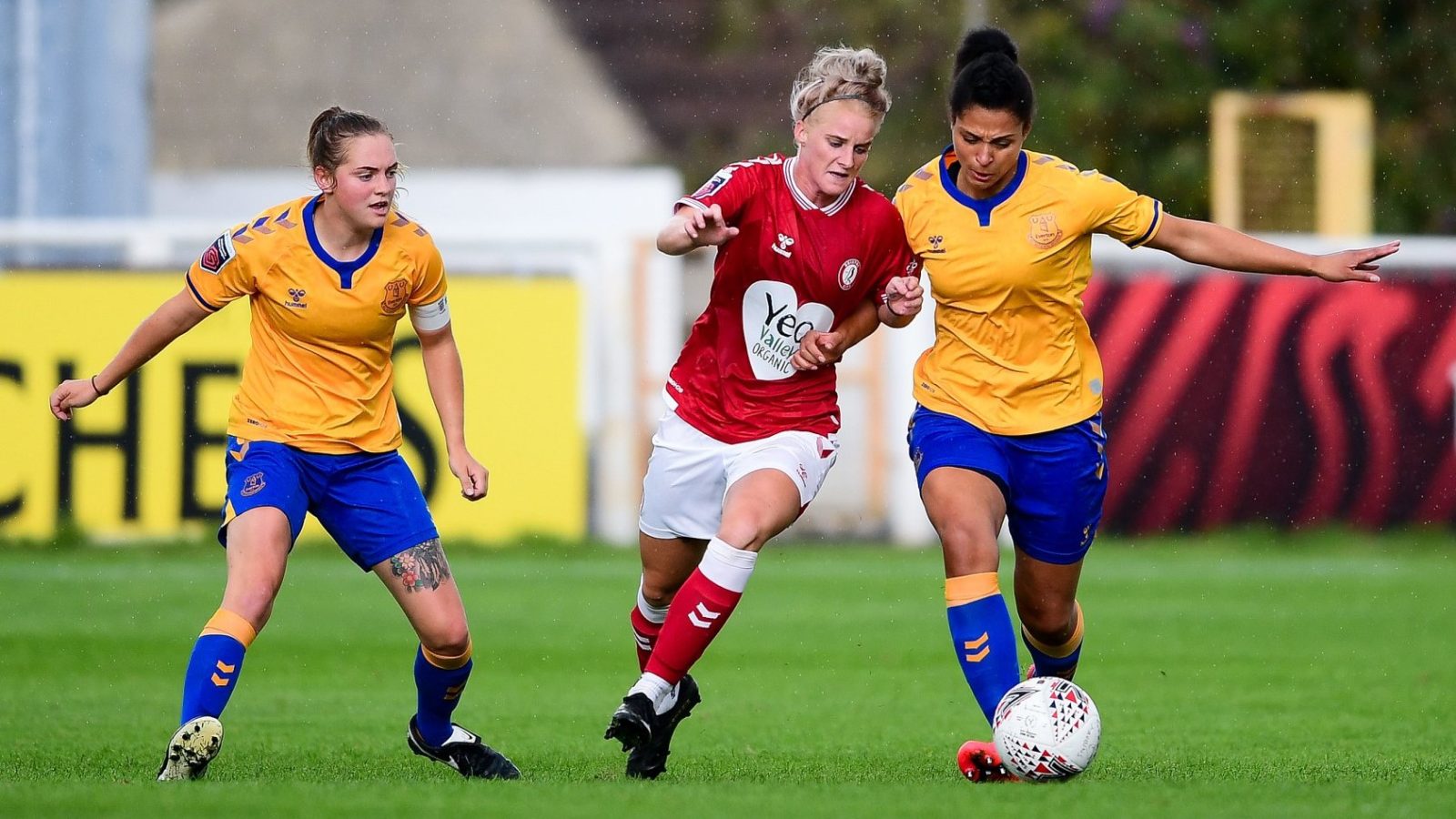 One train an hour goes from Bristol Temple Meads to Oldfield Park on a Sunday, then it’s a one-and-a-half-mile walk from the station to Bath City’s Twerton Park stadium.

This Bath suburb is the new home of Bristol City Women, who started their Barclays FA Women’s Super League campaign on Sunday with a 4-0 defeat against Everton.

In the absence of fans, a few banners had been dotted around the terraces; not the ones as large as bungalows seen in Premier League stadiums, more beach towel size.

According to the club, the aim of this move to Twerton Park is to “provide supporters with upgraded facilities creating a better matchday experience with more food and drink options, better transport links, as well as greater seating access”.

Until fans are allowed into the stadium, however, it will be impossible to know whether the move has been a success.

City Women will also play a few games this season at Ashton Gate, with back-to-back matches with the men’s team undoubtedly the best way to showcase women’s football to a larger audience of Robins fans.

Last season, City shipped 18 goals in two away games to Arsenal in the space of a fortnight.

The gulf between the clubs in the Women’s Super League has got even bigger this season and City have got two of the campaign’s toughest games coming up next away from home against Chelsea and Arsenal.

Everton finished sixth out of 12 teams in the curtailed 2019/20 season and over the summer bought one of the Robins’ best young prospects, Poppy Pattinson, who came off the bench to make her Toffees debut on Sunday.

It was a difficult day for City in the first match at their new home, especially with Everton’s second goal appearing to be offside. “That’s pretty disappointing, I thought that was quite clearly offside,” said City manager Tanya Oxtoby.

But Oxtoby was not disappointed by her team’s performance: “There were some really good bits there. Certainly bits we need to improve on but they are well within our control so that’s the pleasing thing for me.”