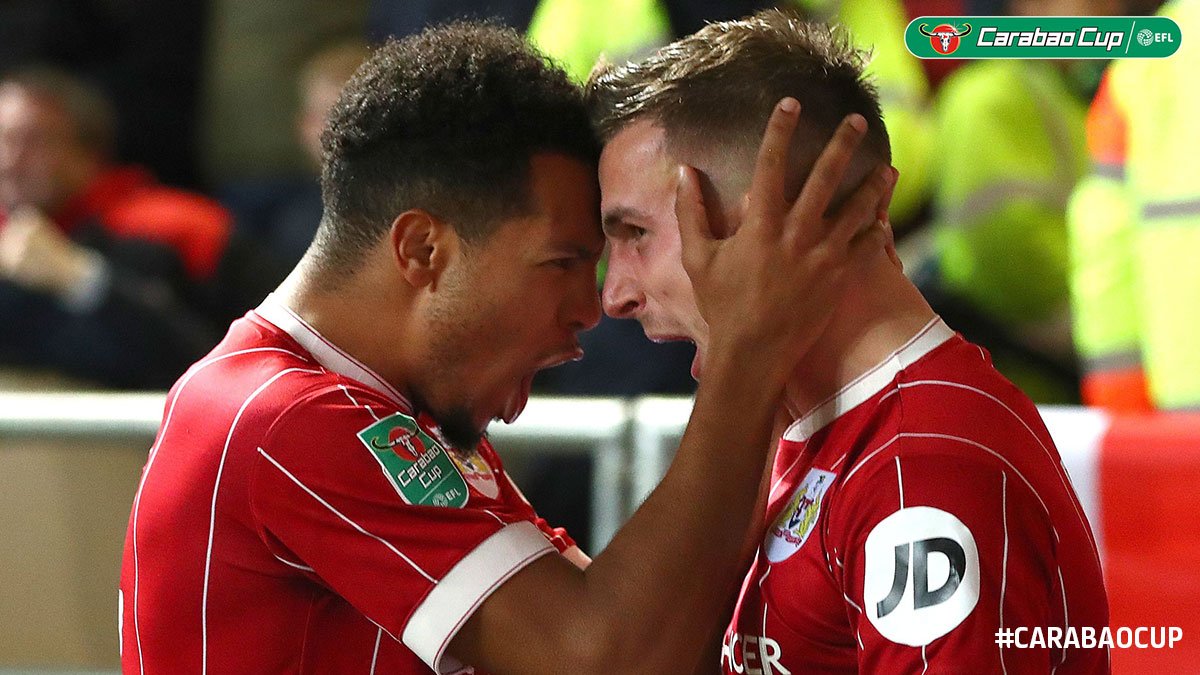 Bristol City will play Manchester City over two legs in the semi-final of the Carabao Cup after sensationally beating Jose Mourinho’s Manchester United in a memorable match at Ashton Gate on Wednesday night.

Korey Smith scored a superb injury time winner to make it 2-1 to City and give the club its most retweeted gif this season:

Joe Bryan had earlier scored a stunning goal early at the start of the second half to give the home side a brief lead before Zlatan Ibrahimovic looked likely to have forced extra time. “I just hit it as hard as I could,” the Bristol-born striker told Sky Sports

Hundreds of fans ran onto the Ashton Gate pitch following the final whistle soon after 10pm, as City became the first lower division team in league cup history to knock out a top division team in four successive rounds in the same season.

“That euphoric feeling and the noise that went up was phenomenal,” City manager Lee Johnson told the BBC after the game. “I’m just very very proud of the football club today.”

📷 View images from #BristolCity's 2-1 win over @ManUtd at a sold-out Ashton Gate. #BRCvMUN