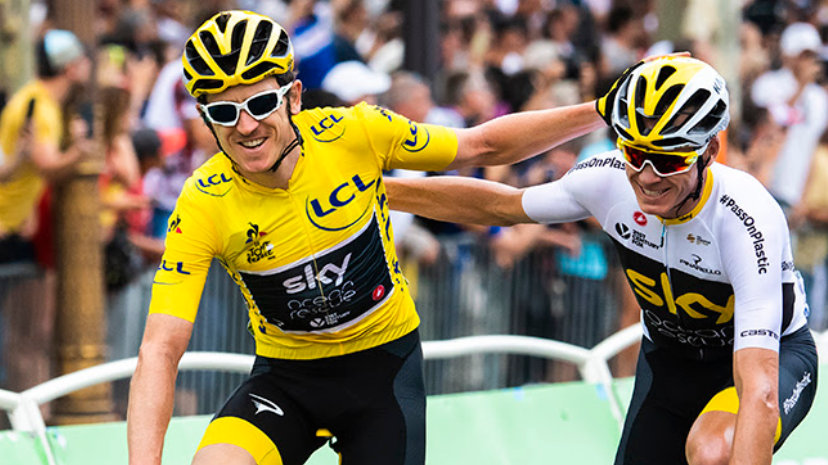 Tour de France champion Geraint Thomas and Giro d’Italia winner Chris Froome will both ride in the OVO Energy Tour of Britain 2018, which arrives into Bristol on September 4.

It will be the first time since 2009 that the pair will have competed together in the Tour of Britain.

The British duo, who placed first and third in July’s Tour de France, will both be in Team Sky colours on the start line of Britain’s biggest annual sporting event in Pembrey Country Park in Carmarthenshire on September 2.

Thomas said: “As soon as I’d finished the Tour I knew I wanted to ride the Tour of Britain and race on home roads. It starts in Wales which will be special, and then I get to go and race across the whole of the UK. I can’t wait.

Thomas has ridden the Tour of Britain eight times since his debut with a Great British national team in 2005.

He finished sixth overall in 2009 and wore the British Road Race champion’s jersey during the race in 2010, while his seventh-placed finish in the 2017 edition also saw him crowned the Adnams Best British Rider.

Froome’s two participations to date came in 2007 and 2009. He placed 31st overall in the former, while two years later (when he lined up alongside Thomas as part of the Barloworld-Bianchi team) he finished 50th.

Since then he has established himself as the leading Grand Tour rider of his generation, having won four Tours de France, the 2017 Vuelta a Espana and the 2018 Giro d’Italia.

Froome said: “It’s been a long time since I’ve raced the Tour of Britain. The Vuelta a Espana has always been such a big goal and sadly coincided with the Tour of Britain, but not doing La Vuelta this year gives me the chance to come back to the UK and race on what looks like a great parcours.

The 128km third stage of the Tour of Britain 2018 will start and finish on the Downs on Tuesday, September 4, with riders departing at 11.30am and due to arrive back around 2.30pm.