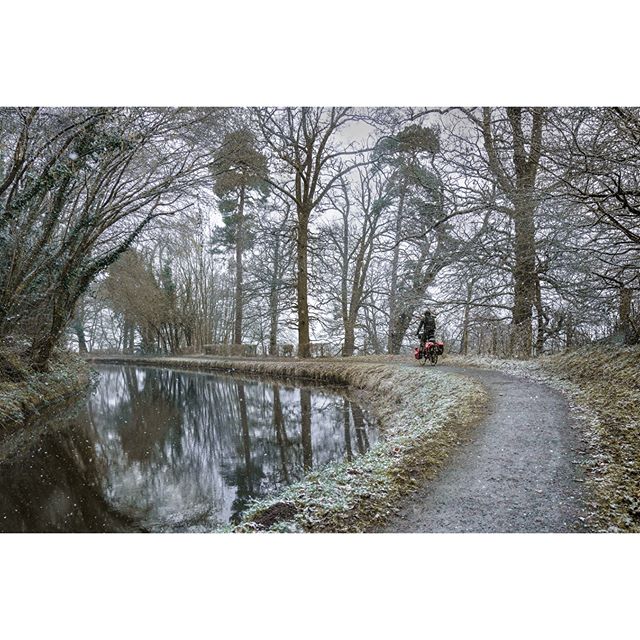 Ruth Newton and Oli Townsend aren’t you’re average couple from Wiltshire. On February 18 they will embark on a journey to travel around the world on their bicycles, built by the team behind Bristol Bicycles and Jake’s Bikes.

Blogging about their experiences on their website, In Tandem Stories, Ruth and Oli have also partnered up with charity Kindness to document how kindness manifests around the world. Their journey will see them cover Europe, the Middle East, China, Central America, South America and northwest Africa.

The idea for their trip stemmed from when Oli returned home from a seminar, where he met cyclist and author Julian Sarayer – who broke a world record in 2009 for cycling around the world – and told his partner Ruth about his travels.

When Oli jokingly made a comparison between his shape and size with Sarayer, Ruth light-heartedly suggested the idea of the pair embarking on their own circumnavigation. With the wheels of the idea turning, and despite no previous experience of long distance cycle touring, the pair decided to embark on their own journey.

Having a good-quality bike was a high priority, to ensure they’d make it all the way around the globe. Ruth contacted Jake Voelcker of Bristol Bicycles to see if they could help, as she was familiar with their shop, Jake’s Bikes, in the Bearpit.

“We love Bristol Bicycles’ ‘anyone can’ attitude towards cycling,” Ruth says. “Oli and I have never done a long distance tour before and we thought that if anyone was going to have some words of encouragement, it would be Bristol Bicycles.”

After reviewing their proposal, Jake agreed to support their travels and gave the pair two of his touring bicycles to cycle around the world on. It’s quite the test ride.

“We are really pleased to supply bikes to Ruth and Oli for this adventure,” Jake said. “Several owners have previously taken Bistol Bicycles the length of Britain and all around Europe but this is the first time our bikes will go round the world. We can’t wait to see the photos and hear the stories as the journey unfolds.”