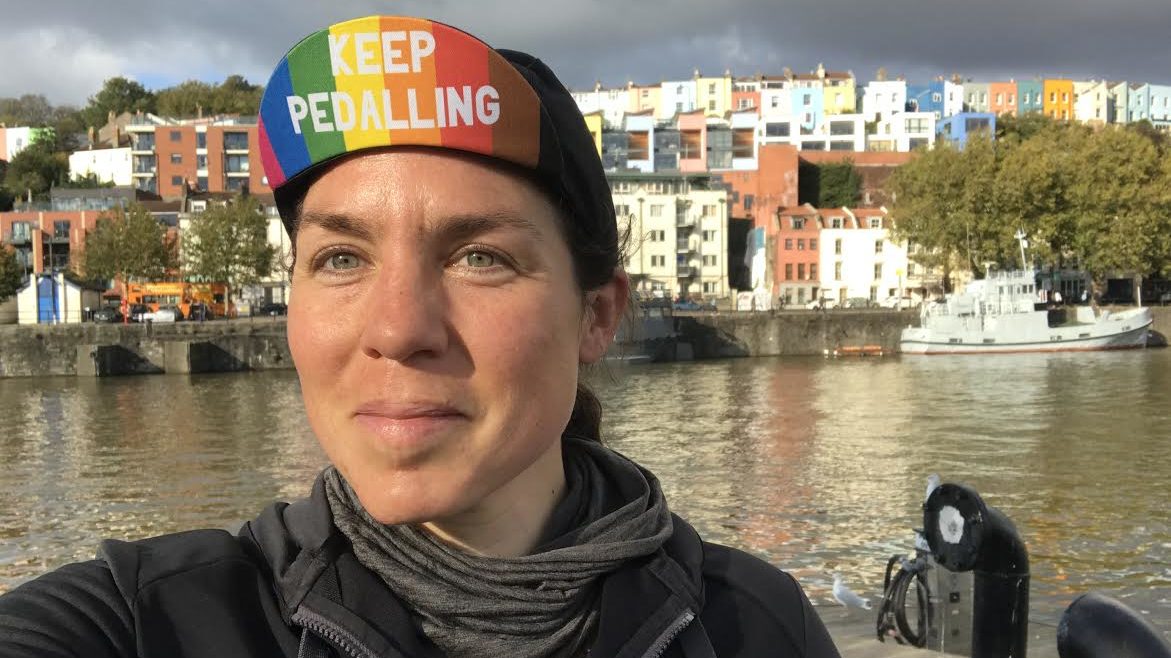 With mass gatherings cancelled and Bristol Pride going online for 2020, LGBTQ+ people in Bristol and beyond are finding different ways to celebrate queerness.

Emily Chappell, a freelance writer and cyclist, is spearheading one such initiative: #OurPrideRide is celebrating LGBTQ+ people within the cycling world.

Initially planned as a large group cycles across the UK, #OurPrideRide has adapted its plans for 2020’s Pride Month.

Emily, who lives in Totterdown, was one of the people behind the event, which takes place on June 13.

The idea #OurPrideRide started when, in 2019, a group that Emily was leading a bike ride on Pride Day tied rainbows to their bikes. 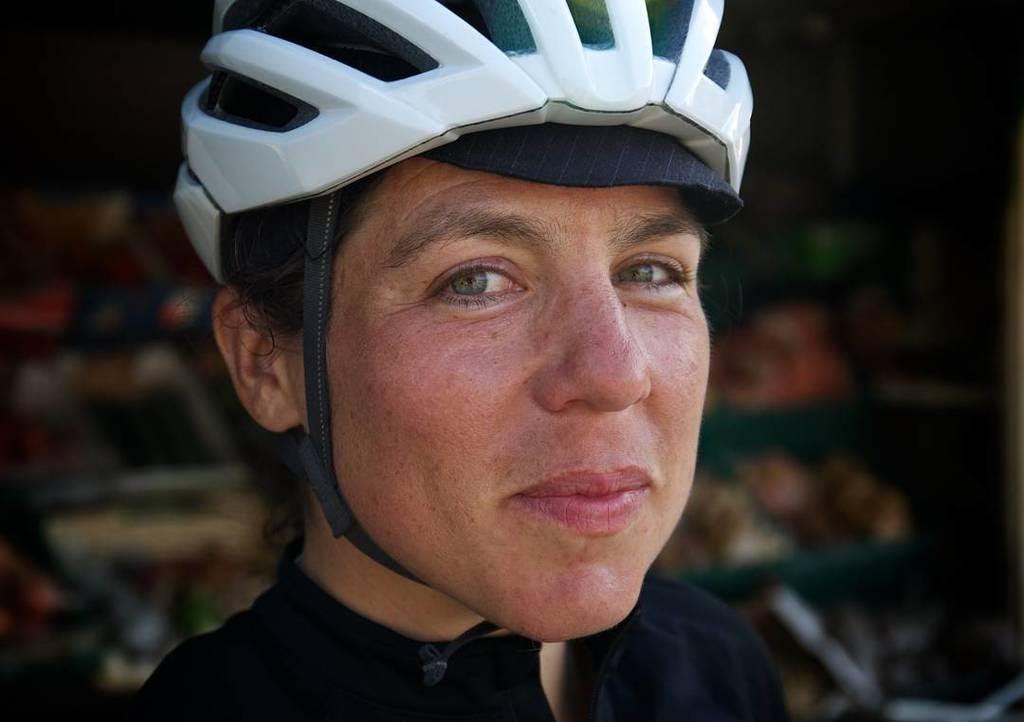 The idea grew, with Emily’s Bristol-based friend Laura Collett started making rainbow caps, and discussions began around queerness in the cycling world: there are lots of LGBTQ+ people within the cycling community, but it isn’t celebrated.

“I spoke to Stonewall and other partners about it,” explains Emily, who is 38. “The idea for #OurPrideRide began to form.

“We would all wear something rainbow and cycle in groups, or by ourselves, and post our photos on social media.”

Join in with the socially distant Pride Ride on June 13th 👇

Coronavirus put a stop to this year’s group rides, but Emily hopes that next year and going forward, group rides will become a part of #OurPrideRide.

“In a way, it’s worked out really well,” says Emily. “It will be great to meet everyone next year, but, actually, it can be much harder to find your ‘tribe’ in smaller areas, so it can be hard to find not only a cycling group, but one where you’re happy being out. This way, it includes everyone.”

Emily, who was born in Bath and grew up in Frome, moved to Bristol in April 2019.

As well as being a well-known cyclist, she has also authored several books and has worked as a journalist. 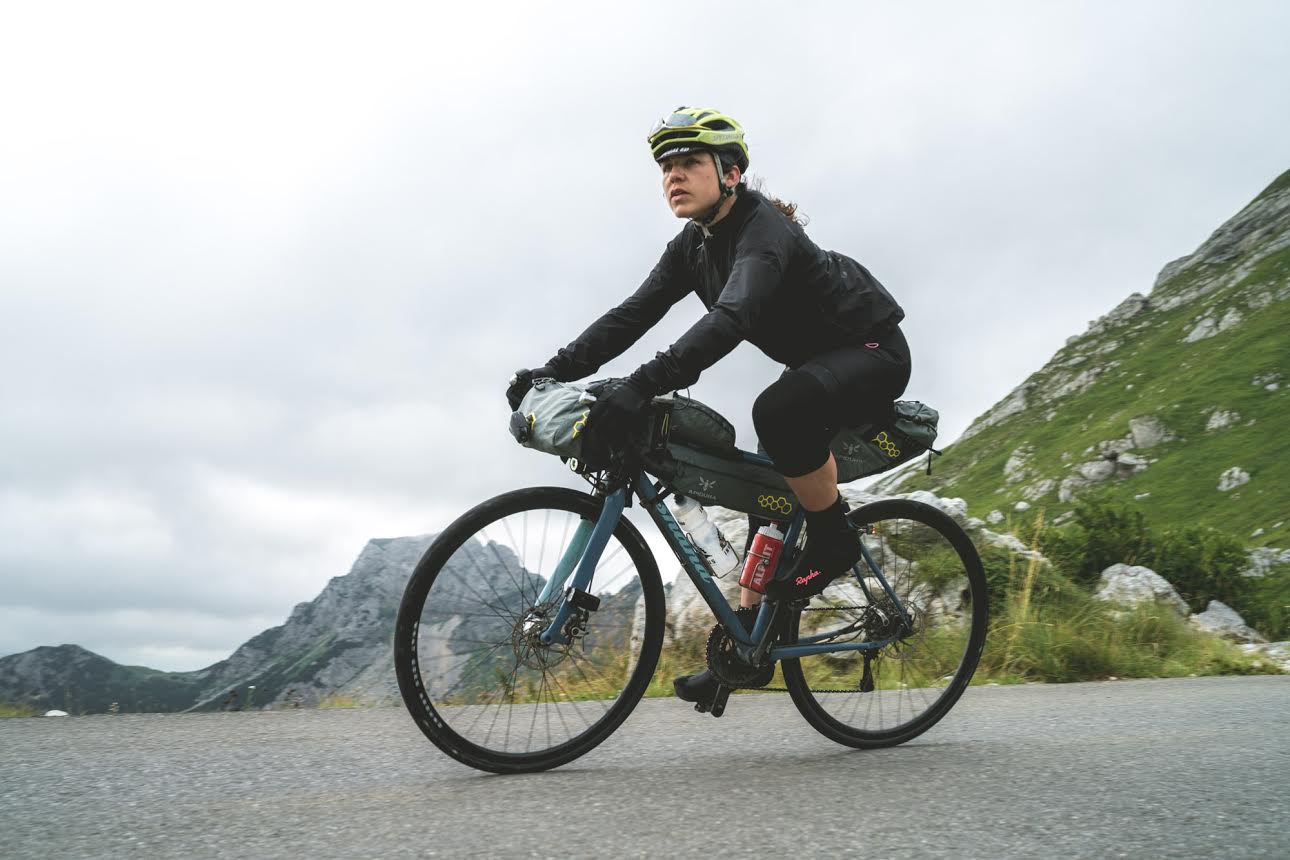 Emily helped to come up with #OurPrideRide. Photo: Kristian Plette

“I’ve not been particularly ‘out’ in cycling,” Emily says. “It hasn’t been a big part of my identity. I hoped it would become something that was normal in the world and be just a small part of someone’s personality.”

Emily’s work in increasing LGBTQ+ visibility in cycling began after realising she has a “duty” to help others be free in their identity.

“I had a duty to let people know it’s okay to be queer,” she says. “In pro-cycling, there are lots of closeted people, and there could be a lot more people who don’t realise, or don’t want it to be a big deal. Being out in cycling isn’t exactly cool.”

Emily hopes that cycling will continue to embrace LGBTQ+ people, finding that, although many cycling groups consist mostly of “middle aged men in lycra”, that her vocalness on the subject has brought up heart-warming and ground-breaking conversations about queerness and diversity to the forefront. 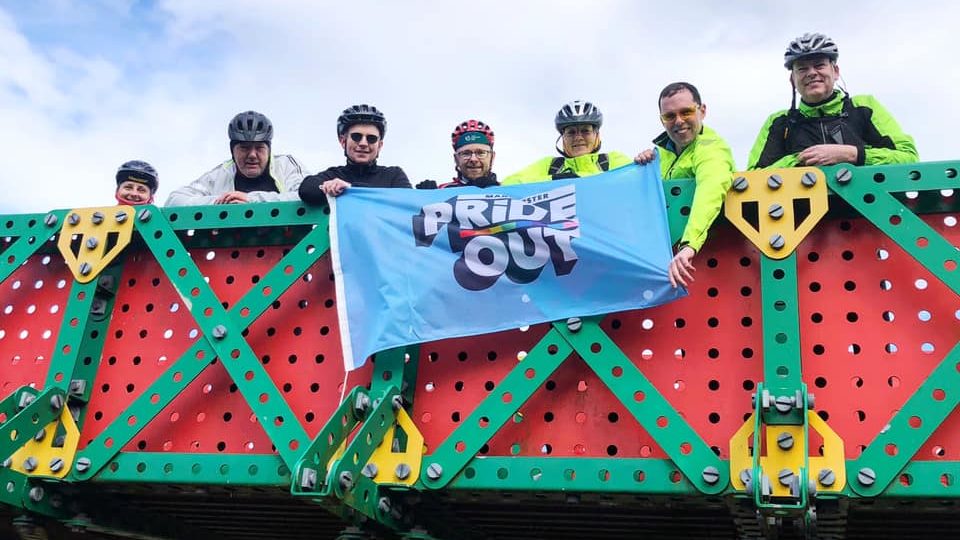 “I hope for a lot more diversity in cycling in the future,” says Emily. “Cycling is hugely white and male; I hope that all identities feel welcome.

“There is so much potential for diversity and it will make cycling much more interesting, as well as inclusive.”