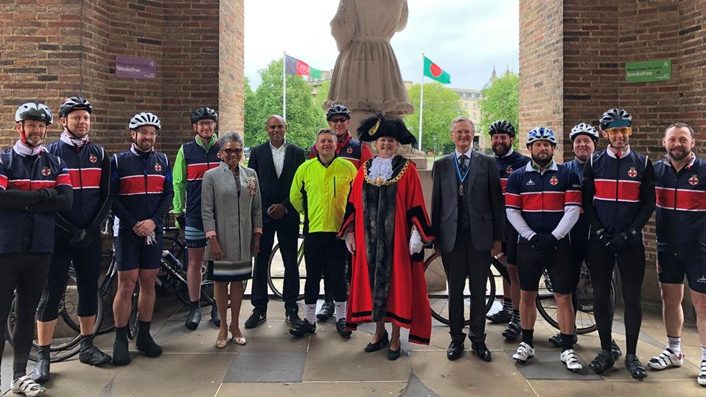 A group of 12 fundraising cyclists recently stopped in Bristol on their 500 mile trip from Rosyth to Portsmouth.

The crew from HSM Price of Wales are completing the charity ride over five days and made a pitstop in Bristol, one of the ship’s two affiliated cities.

Ahead of the final 100 mile stretch, the crew refuelled with a special breakfast at City Hall on Wednesday, June 12. They were invited by the lord mayor and lord lieutenant of Bristol and were joined by representatives from the UWE Bristol and members of the HSM Price of Wales Affiliation Board. 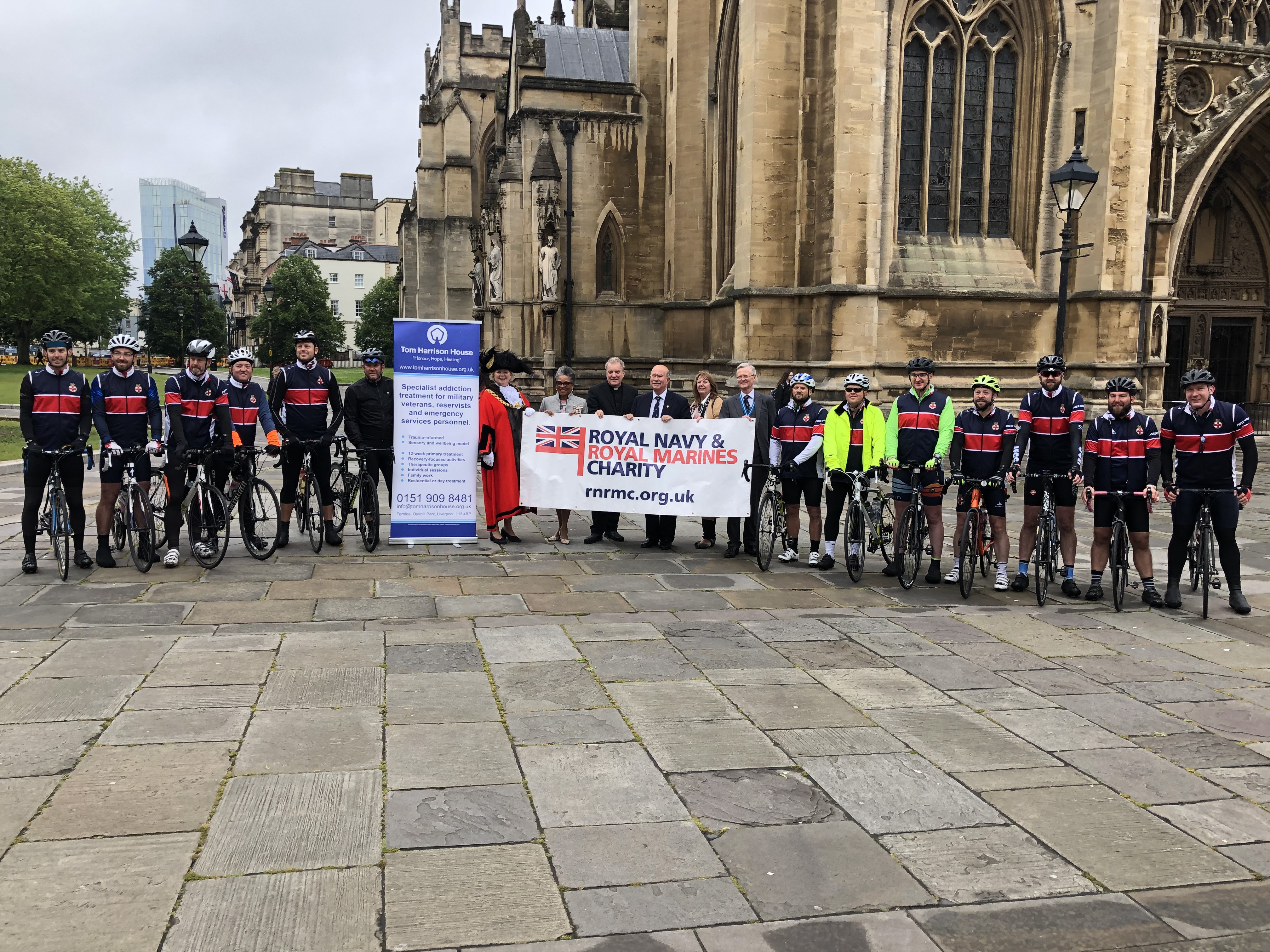 The ‘Build to Base Port’  bike ride is aiming to raise over £5000 for the Royal Navy Marines Charity and Tom Harrison House, a veteran recovery centre. The team’s fundraising is linked to a bigger charity as a push to raise £100,000 before the ship sets sail from Rosyth in September 2019.

Lord mayor Jos Clark said: “Our city’s affiliation with the ship and crew of HMS Prince of Wales is important to Bristol and I welcome any opportunity to spend time with members of the ship’s company. I wish them well on the final stage of their impressive journey.”

Bristol was announced as one of two affiliated cities during the ship’s naming ceremony at its current home of Rosyth in 2017.

Lieutenant Riley, who is riding in the mixed team of officers and ratings, said: “The team has welcomed the challenge of cycling the full length of the country from our ship’s birthplace of Rosyth to her home port of Portsmouth, especially as it gives us the chance to raise money for two excellent charities along the way.

“Being able to visit our affiliated city of Bristol has been the icing on the cake as we look forward to a long and productive relationship with this amazing city in the coming months and years.”

To find out more and donate at uk.virginmoneygiving.com/Team/HMSPrinceofWalesCycle