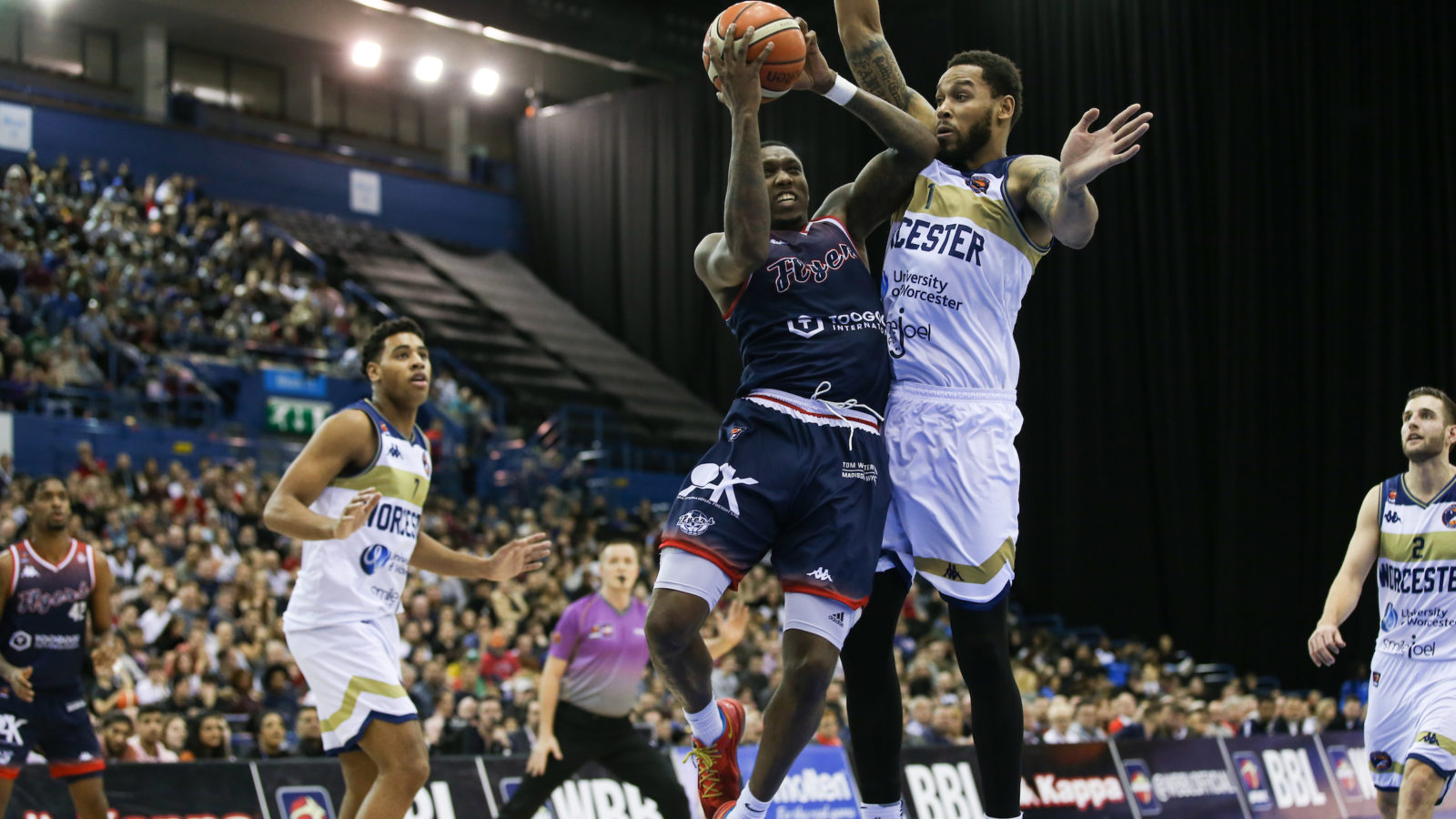 Bristol Flyers’ hunt for silverware continues as they fell to a narrow defeat against Worcester Wolves in the final of the BBL Cup.

Worcester’s recent signing Amir Williams proved too much for the Flyers in a truly dominant performance, with the 6ft 11 former Memphis Grizzlies player scoring 23 points and securing 13 rebounds at Arena Birmingham as Wolves ran out 67-59 winners.

Gentrey Thomas, the Flyers’ top scorer with 13 points, got the Flyers off the mark and also scored the game’s first three-pointer.

But the better start was had by Worcester, who were being cheered on by the vast majority of the crowd as honorary midlanders for the day and once they established a lead they never let it slip.

Raphael Thomas-Edwards began slightly off his aim from the free throw line after a number of early fouls, but he soon got his eye in despite loud barracking from opposition fans.

The game burst into life with a brilliant block by Fred Thomas on what looked like a certain Worcester score, with Flyers trailing 12-16 at the end of the first quarter and going into half-time 25-34 down.

“Get out!” – Fred Thomas (probably) pic.twitter.com/nPfYXTc4L1

Arena Birmingham (the former National Indoor Arena) was the venue for the final, with a BBL record 9,244 fans watching the Flyers’ first appearance in a major final since joining the UK’s top basketball league in 2014.

Flyers head coach Andreas Kapoulas was wearing a suit to mark the occasion, with the jacket soon off to patrol the touchline in front of the Flyers faithful. 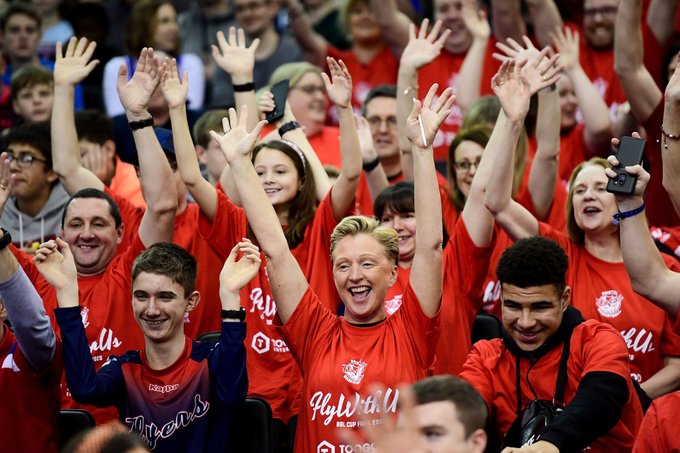 Flyers fans in fine fettle at the final – photo by JMP

A Lewis Champion three-pointer with five minutes to go in the third quarter prompted a mini Bristol comeback, with a smart hoop from Marcus Delpeche bringing the score between the teams down to five points and a Gentrey Thomas foul closing the gap to four with only the final quarter remaining.

It briefly got down to a gap of just three with five minutes left on the clock, but Worcester’s defence held firm and it was the Wolves who took the win to lift the BBL Cup.