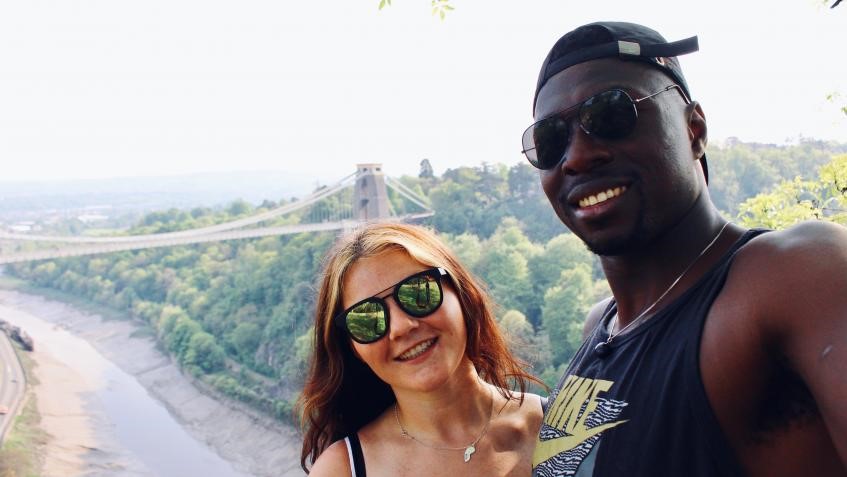 Daniel Edozie and Alice Gallienne have a strong claim to be Bristol’s sportiest couple.

Daniel is captain of the city’s professional basketball team, Bristol Flyers, and has also played for England.

Alice’s chosen sport is netball. She too has represented England and is currently taking a break from playing for Severn Stars while completing law exams in order to qualify for the bar.

On Thursday and Friday, Alice and Daniel, who live in Downend, will undertake what they are calling the 4/4/24 challenge: running four miles, every four hours for 24 hours to raise money for UK youth homelessness charities.

It’s a cause very close to both of their hearts, with Daniel living homeless on the streets of Las Angeles when he was aged just 12.

Bristol Flyers’ season was cut short due to the coronavirus pandemic, but Daniel, 27, and Alice, 22, have kept themselves busy.

Alice works in a law firm as well as approaching the end of her studies at the University of Law on Temple Way, and usually keeps fit as a member of F45 Bristol Central.

The pair met while both students at UWE Bristol, with Alice growing up in Guernsey and Daniel born in London before moving to the USA.

In normal circumstances, Daniel regularly works with young people, going into schools, mentoring and teaching, “just to give that hope and resilience, to give them that belief that you can turn a negative into a positive”.

“Having experienced homelessness myself, going days without eating, there’s a serious emotion there that if used correctly can be turned into something powerful.”

Alice came up with the idea for their 4/4/24 challenge – the equivalent distance in total of running a marathon – after the pair had already volunteered in homeless shelters across Bristol.

They will begin running on Thursday at 6am, with routes taking them into the city centre, back towards their flat in Downend, and then around Emersons Green, Fishponds and Mangotsfield.

Alice said: “I thought it would be a good way to raise money as well as being a personal challenge for both of us. This will push ourselves and take us out of our comfort zones.”

Donate to Alice and Daniel’s challenge at www.crowdfunder.co.uk/4424—4-miles-every-4-hours-for-24-hours.