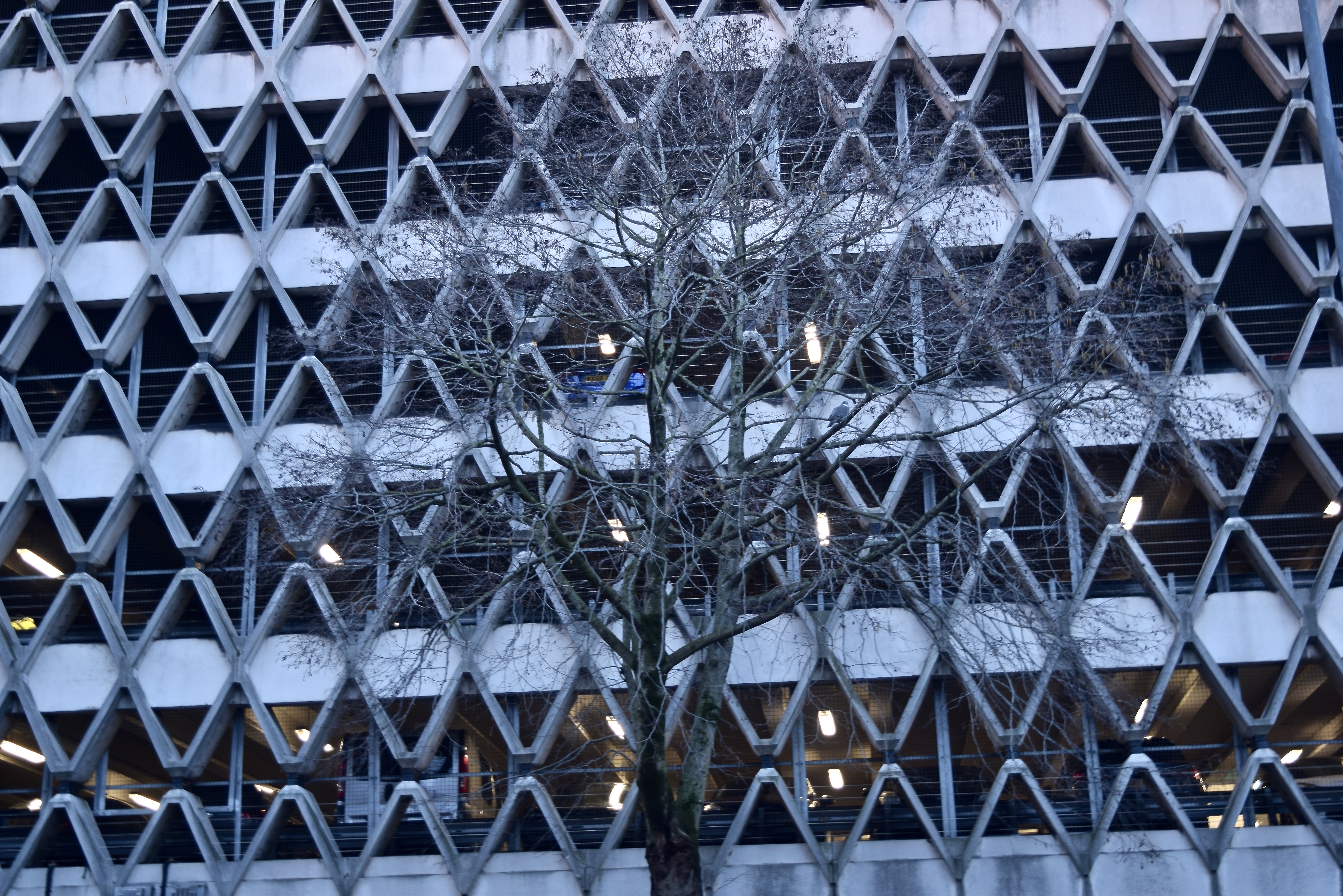 A tour group stops on Queen’s Road and gazes up at the towering presence of Wills Memorial Building in admiration. The guide gestures towards the building’s intricate carving and tourists snap photos in approval.

The former sorting office next to Temple Meads, on the other hand, currently being demolished, was labelled one of Bristol’s largest eyesores. It may not have been conventionally attractive, or have the beige Bath stone aesthetic, but at least it was interesting.

‘Ugly’ buildings make Bristol an exciting architectural city. The sharp, concrete spires of Clifton Cathedral offer welcome relief from the monotony of the rest of BS8’s neat and tidy brickwork. Its brutal columns frame a glorious 8,000-piece stained glass window that allows sunlight to pour into the building. Inside, the full extent of the cathedral’s artistic merit is realised. 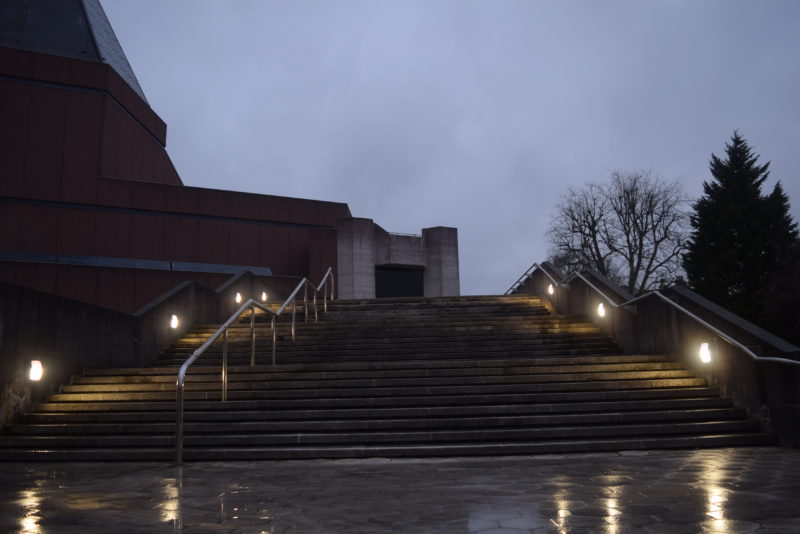 The sanctuary is hexagonal which allows attendants a close and clear view of the altar. Every interior feature is well-planned and has a function. Pentagons and pyramids adorn the ceiling, improving the acoustics to ensure that everyone can hear what is being said.

The University of Bristol’s Arts and Social Sciences Library on Tyndall Avenue, dubbed “one of the ugliest university buildings in the UK“, is shocking. But perhaps we need to be shocked.

The university’s prospectuses always feature the same Wills family buildings and ignore the impressive, experimental architecture the rest of the university campus has to offer such as the Chemistry Building and the surrounding Cantock Close area.

For a city that prides itself on avant-garde culture, Bristol has too quickly dismissed the clean angles and unconventional shapes of 1960s architecture which were once the future.

The concrete mesh-work that adorns the NCP car park on Prince Street, part of the Bristol Hotel, far outshines yet another bland glass skyscraper such as the nearby Radisson Blu in the centre. 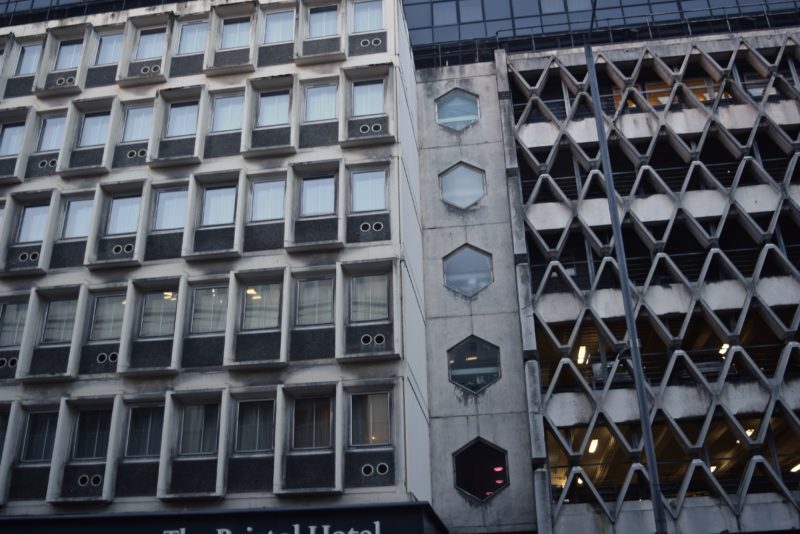 While the Victoria Rooms or the Corn Exchange may be beautiful old buildings to some, Bristol’s brutalism tells a story of the future. One Redcliff Street’s imposing presence in Bristol’s skyline marked the city’s arrival to the world of 1960s architecture when it was built in 1964.

Each so-called ‘ugly’ building is a glimpse into a version of Bristol that might have been. They are snapshots of a time when architects were doing something new and exciting in city planning. Instead of trying to replicate antiquity or create mock-Tudor towns, Brutalist architects were expressing the new post-war idealism in innovative ways. 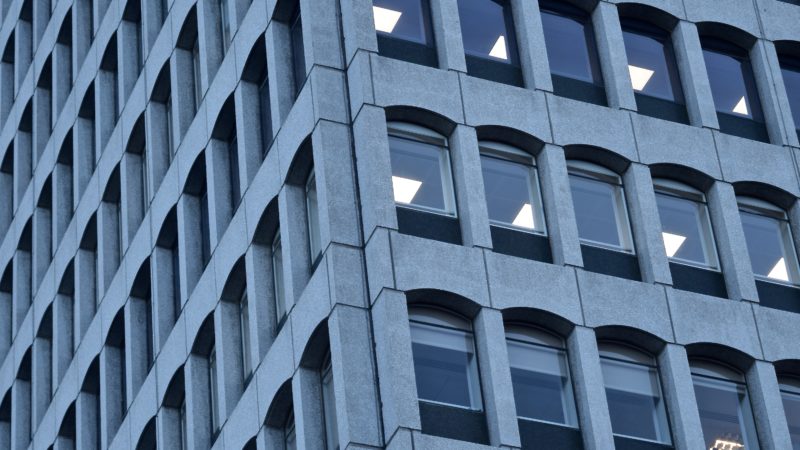 One Redcliff Street is a masterclass in architectural angles and shadows

Left to fend for themselves against rain and erosion, it’s not hard to understand why people turned their backs on Brutalism. Any architectural triumph can hardly look utopian when they are stained and discoloured by pollution.

Yet, we neglect these buildings because they are not symmetrical, or because they do not use the finest materials.

Walking through Bristol and seeing the same style of Georgian house over and over again is boring. Architecture doesn’t have to be a centuries old to make it beautiful. Buildings don’t have to fit in an overarching city aesthetic.

The former sorting office had as much right as Wills Memorial Building to be on a postcard or travel brochure.

Let’s embrace Bristol’s unconventional architecture and give it the attention and appreciation it deserves. The Cheese Lane Shot Tower is just as important as City Hall, grabbing your attention and holding it firmly.

Symmetry and history does not necessarily equal beauty. As a city, we have forgotten that.

Tom Taylor is the deputy features editor of Epigram, the University of Bristol’s independent student newspaper

Read more: A final goodbye to the ‘city in the sky’