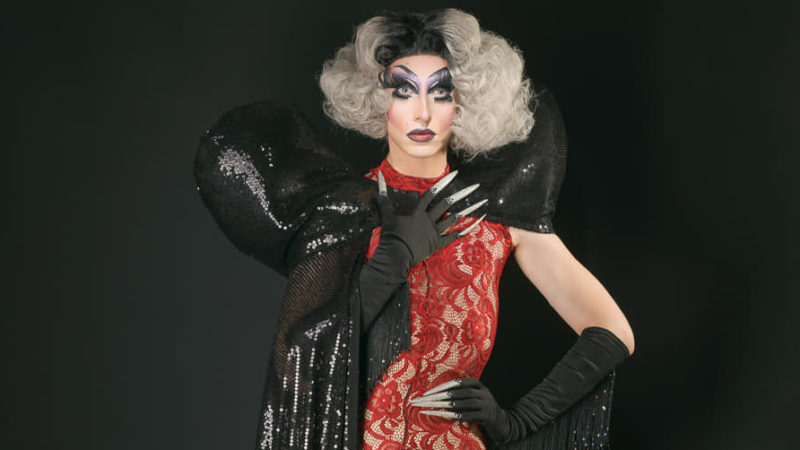 Drag has enjoyed a stratospheric rise in visibility over the past few years.

As RuPaul’s Drag Race and Dragula take over the banal strains of reality TV they are re-framing the popular shows through a much more queer-friendly lens. But we have watched as their language and culture has been co-opted by straight media.

Terminologies originating in the ball scene from queer, trans, intersex people of colour (QTIPOC for short) are being popularised and slapped onto t-shirts in Primark without any understanding of their origins or contexts. This is problematic for a number of reasons.

Firstly, an inherent power balance exists and the erasure of QTIPOC culture-makers is evident as white people seek to take the place of figureheads who pioneered the art form. Secondly, context is lost by those who seek to brush away language steeped in misogyny as ‘humour’.

While it is extremely exciting to watch as drag is elevated to a higher platform in contemporary culture, it would be naive to say there are no downsides to this. The biggest is the incredible level of misogyny that is encapsulated by one of the most prevalent phrases heard at drag shows: fish.

I have lost count of the number of times this has been shouted in my vicinity. Sometimes this is shouted ironically, but mostly it is without any regard. At best, this is some schoolyard bullshit, at worst, a deeply grotesque method of body-shaming.

The definition of fishy is listed as “a term used to describe a drag queen who looks extremely feminine or one who convincingly resembles a cis woman. The term is a reference to the scent of a vagina, which is colloquially likened to the smell of fish. Although the term is considered to be a compliment among drag queens, it is often considered to be an insult among non-drag women.”

Facile attempts to align this with cartoonish imagery of goldfish by former RuPaul makeup guru, Mathu Andersen did little to dissuade. In fact, a number of the RPDR alumni have even acknowledged how gross the terminology is on camera, but they continually use it on social media, in recordings and on stage.

Of course, this isn’t limited to the performance of drag. Vaginal imagery is often met by cis gay men with mock horror and there is a deeply ingrained narrative of disgust and shame rooted in misogyny.

Unfortunately, when this is critiqued, the usual reply is: “It’s comedy! You don’t understand, you’re taking things too seriously!” The problem is too great to deny.

The schoolyard jibes have very real consequences and represent a powerful tool that has been designed to keep us divided. Often, the terminologies parroted by newer performers and fans are not understood or thought to have originated on Drag Race.

It’s about the way in which men and women, as well as those who exist beyond the binary, view their bodies and how we educate people to accept an image of grotesquerie that encourages the divisions between images of gender and sexuality.

The fishy archetype smells fucking rotten and drag culture is being co-opted by people who want to make it a tool for lazy discrimination. Do not be fooled. The language is wrong, the culture is slowly being deformed and soon, the divisions could be insurmountable. They don’t have to be, however. We can stop using the terminologies altogether or subvert them in a positive manner.

I do not want to hear another queen ask if I want to ‘serve fish’. No, I fucking don’t. This is part of the reason I chose the name that I did; it has been a way to make men feel uncomfortable, by pushing the natural into their faces.

My drag has been influenced by an incredible array of powerful women such as Diamanda Galas, Kathleen Hanna, Kat Bjelland, Bette Davis, Marsha Hunt, and Poly Sytrene, Siouxsie Sioux, and whilst those people may be specific to my cultural niche, the idea of representing those people and using language that ultimately, spits on their identity and demeans them and their bodies, is deeply disrespectful.

Drag is designed to subvert and disrupt the binary, to remind of us that the divisions placed on us by society are ultimately destructive and can be overthrown. Let’s not allow ourselves to be herded by the dominant culture into reinforcing that which is meant to separate us.

Dis Charge is a Bristol-based drag artist who will be performing at Bristol Burlesque Festival from September 27-29. For more information about this year’s festival, visit www.bristolburlesquefestival.co.uk