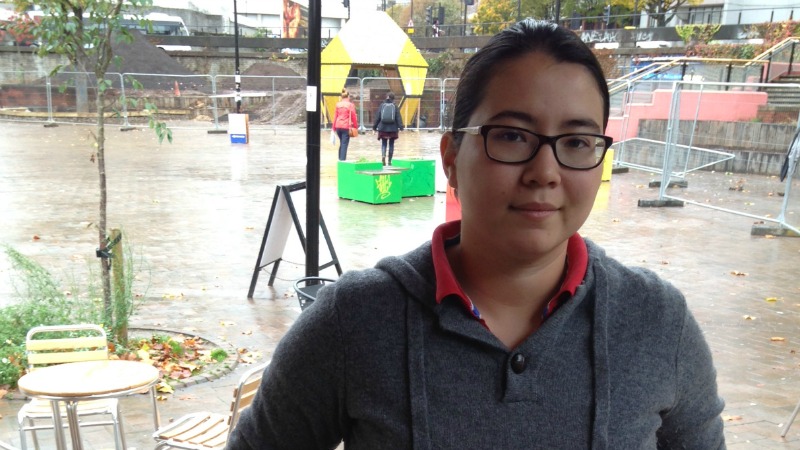 Miriam Delogu is the owner of Bearpit Social cafe

If you are no stranger to the Bearpit you will have realised in the last three months that the feeling of the space has changed. A month or so ago I compared my relationship with the space as being involved in an abusive relationship. How its presence in my life has been slowing eating me inside yet after all this time I still believe it can change.

I spent most of the last two weeks waking up physically sick. Sometimes even throwing up just at the thought of what I may walk into at 6.45am. The abuse, the violence, the vulgarity I’d have to endure for the day. I took the morning off last Friday. Despite it being the busiest morning of the week, I woke up paralysed in anxiety.

Baffled at the times traders have to take to call 101 to report minor incidents, the time response of 999 calls, the way situations are dealt with when we call in hate crime incidents. Last week was too much.

It’s Wednesday and I feel consumed, exhausted… withering away.

When I left, there were more than 20 individuals drinking their Special Brew, exchanging money for spice. We witness this on a daily basis. Last Wednesday, a young adult was having some reaction to the latest street drug. He began rolling on the ground, yelling, shaking. His eyes were rolling backwards and then the saddest noise you could imagine, almost one of regret as he cried for help. By the time the paramedics came down, he had taken his shirt off and was fuelled, gearing to fight anyone in his way.

A woman crossing the space began getting harassed. A young girl who has been dealing and been the epitome of anti-social behaviour began making gorilla noises at her, mocking her race, her religion. It was 11 in the morning.

The everyday sexim, racism, homophobia, emotional abuse, physical abuse, men being followed into the toilets by several women to exchange drugs for sexual favours – the things we witness on a daily basis is baffling when we are in the city centre, when there is a police station five minutes from where we are situated.

I am told conversations are happening and things are in progress. But this is our reality every day.

I fear it’s been left for so long, the cult-like mentality is as strong as I remember it in 2012 when we first set foot in the space. The numbers are growing, the gravity of their actions are escalating and sometimes I really wonder if we have to sustain physical injuries before we are taken seriously.

People have asked how we do it. Why do we stay? The answer has always been simple. If not us, then who? They are bullies. We see them prey on the weak. It’s very much about control. Who gets to be the ring leader today.

My empathy barely exists anymore. And I suffer for that. I get angry at myself.

We began with the core mission to be the eyes and ears on the ground so the public could feel safe. But it feels like no one is listening, no one is watching. How are we meant to keep the public safe when we are starting to feel afraid?

Last week, Art in Bearpit released a video of some of the events that took place in the Bearpit during the summer.

Seeing that was like a breath of fresh air. That joyful thriving place that brought people together. That is the Bearpit we are fighting for.

So I ask of you, if you have read this and you have witnessed some of the behaviours I have described, shout about it. The Bearpit is Bristol’s first Community Action Zone, but without us pulling together to demand a safer space, it will revert back to the no-go zone it once was.