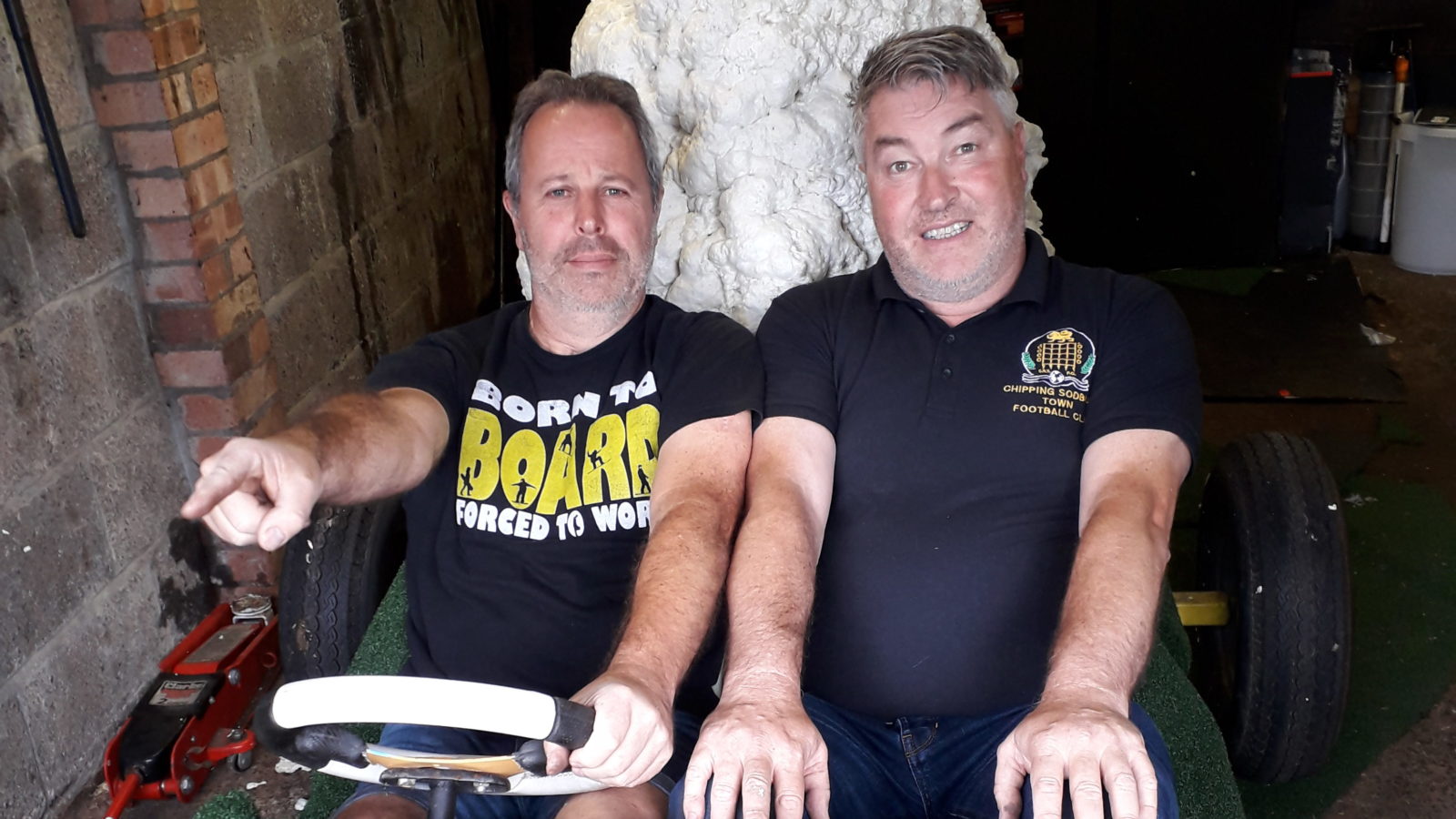 When Keith Hatherall from Yate was diagnosed with a rare form of cancer six years ago, it was unclear whether he would walk again.

But six years later Keith, alongside his childhood friend Scott Gibson, is set to compete in this year’s infamous Redbull Soapbox race.

Drivers and their homemade, motorless go-karts will compete in a daring downhill race aiming for the fastest time. This year, Keith and his team will be one of 64 competitors taking part in the race, which is in its 19th year.

“Scott and I grew up together. We got into lots of scrapes as young boys,” Keith says.

“I actually went to his christening as a baby – that’s how long we’ve known each other! We always have a good laugh.” 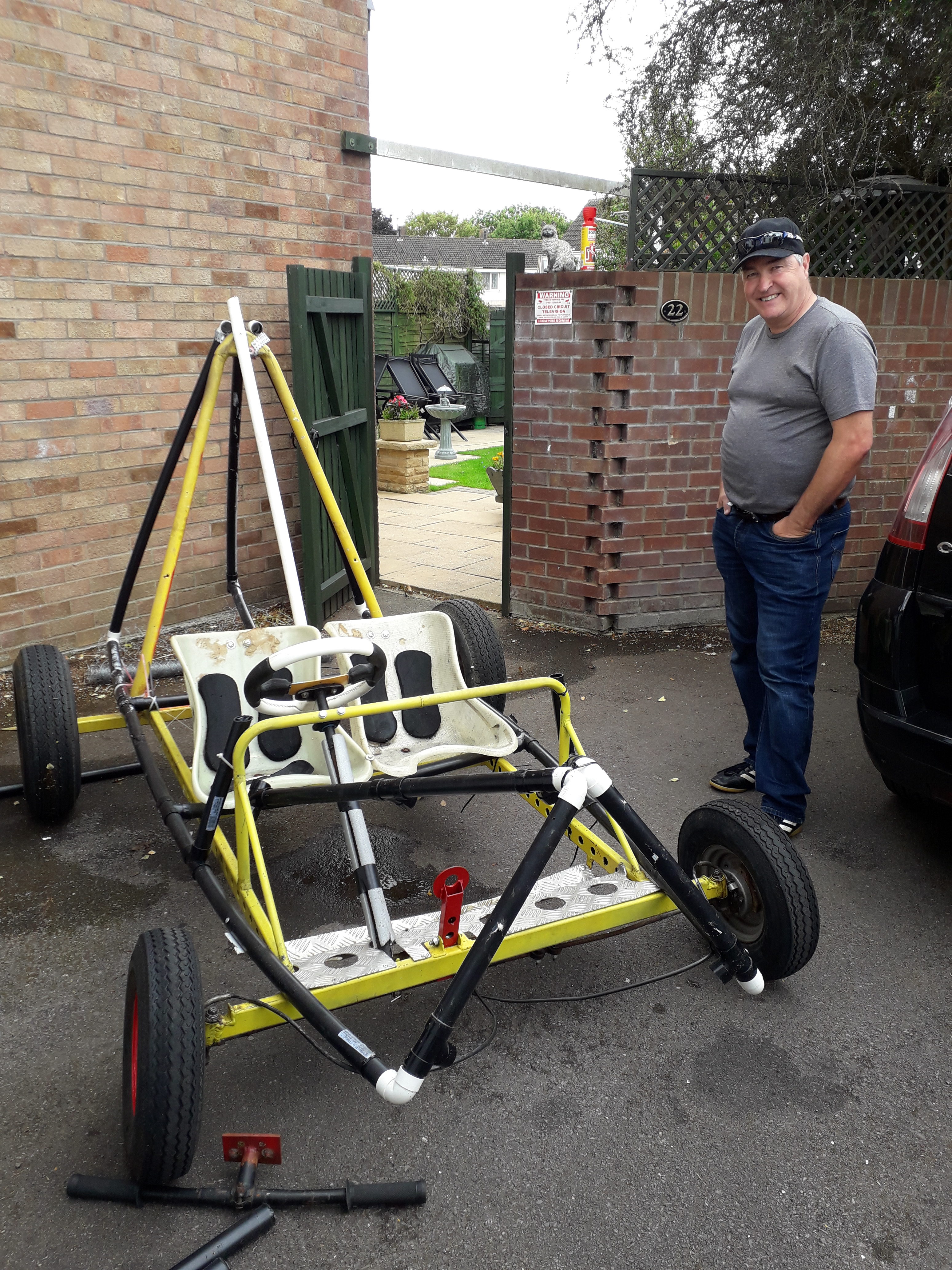 Keith and Scott run their own businesses, and Keith is also a part time DJ. Completing their team is Cain, Keith’s son, and Katie, Scott’s daughter.

“We thought the best thing to do would be to press gang our children into it. My son reluctantly agreed,” Keith laughs.

Besides marks for speed, the soapbox judges look for creativity and showmanship. In a bid to win, Keith’s soapbox centres around the outdoors, inspired by his love of outdoor activities such as snowboarding and kayaking.

“It’s all about enjoying life and inspiring people to get outdoors. There’s plenty of things you can do outside – just jump in the river! So long as you can swim, obviously.

“Six years ago, I had a hip replacement and a cancer scare. I would have been lucky to walk again, let alone get back into snowboarding or kayaking. I want to show that you can have something happen as drastic as cancer, and you can still do these sorts of things if you’ve got the mental strength and desire to do them.

“And a little bit of stupidity, I’ll have to admit!” 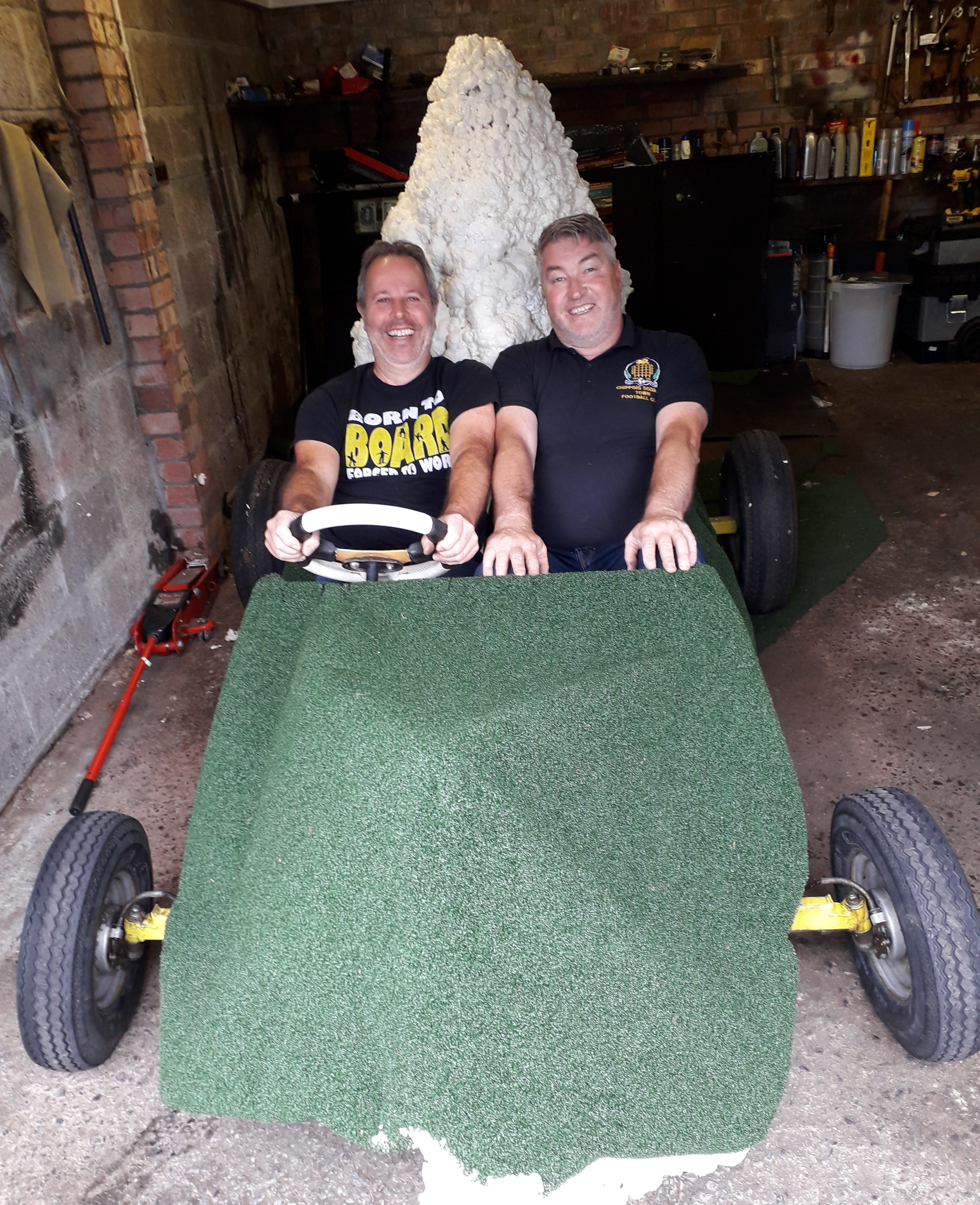 Keith and Scott are not new to the Redbull race, however. The pair helped to construct a soapbox for the event two years ago but this summer Keith hopes to beat their record of 15th place.

“As soon as we knew it was happening again, we were applying. This time, I want to place in the top ten.”

The Redbull Soapbox race is happening on Sunday, July 7 at Alexandra Palace in London.