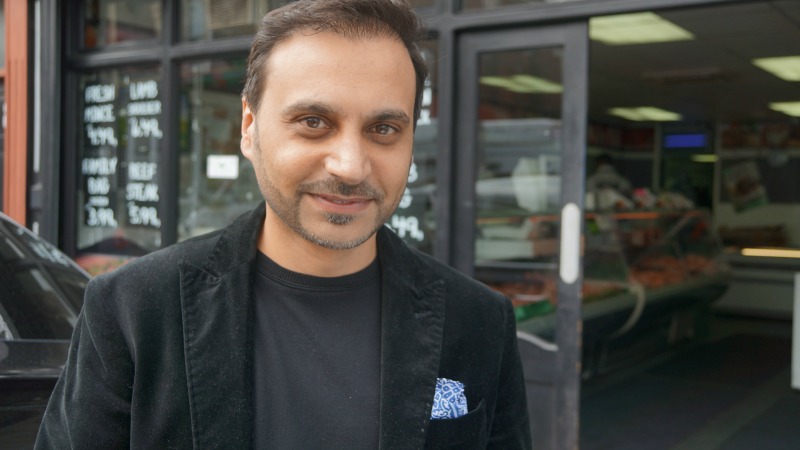 Easton has a reputation – for producing businessmen, entrepreneurs and community leaders.

The business secretary Sajid Javid grew up on Stapleton Road and, just round the corner on Roman Road, another young entrepreneur started what would become a hugely successful chain of halal butchers.

Abdul Malik says he was “hungry for wealth” when he started out at 16 working on a market stall. By the time he was 17 he had bought a run-down traditional butchers shop near Hawks Gym and turned it into a halal butchers, which he wanted to cater for modern British Muslims. The week he opened there were queues round the block for his meat and he was set on his path.

As his business grew he became a founder member of Bristol East Side Traders, Stapleton Road Action Group and slipped into politics as a Lib Dem councillor. A host of business awards and community initiatives followed – an unashamed self-publicist he says his background as a market trader helped, because he knew how to talk to people.

While his foray into national politics floundered (he was the Lib Dem’s prospective parliamentary candidate for Bristol East in 2015) and he quit the party after coming out in support of George Ferguson, his influence in the Easton community continues to grow.

As the chair of the Jamia Mosque he has spearheaded a huge, sometime controversial, modernisation project at the mosque which is currently midway through a major building project. It’s not just a building project though – he’s battled to change the closed culture which existed amongst the older members of the Muslim community. “Now they ask me if I’ve done a press release,” he laughs.

But inspiring young people is what he really aspires to. He is all too aware that life could have turned out very different for him if he wasn’t given his opportunity. “Stapleton Road was called the worst road in the UK, kids had no jobs and selling drugs was an easy way to make money – I can see how I could have got into the same situation.”

The son of a Pakistani immigrant, he saw how his father struggled to provide for his family and he was determined to make money “and pay the bills for my father”. The drive to earn saw his business rapidly expand and he wants his story to inspire others. He works with youth groups teaching young people about leadership and management. “We have to tell people it is possible,” he says.

Bringing the different Easton communities together is also high on his agenda. He also helped set up #feedthehomelessbristol where different faiths cook and distribute up to 100 meals a night for homeless people in the city.

He still lives in Easton, his children went to Whitehall School and his gleaming 4×4 Mercedes is often found parked outside his original shop. “I’m not unapproachable,” he says, “this is me and I want young people to see me and be inspired by my story.”