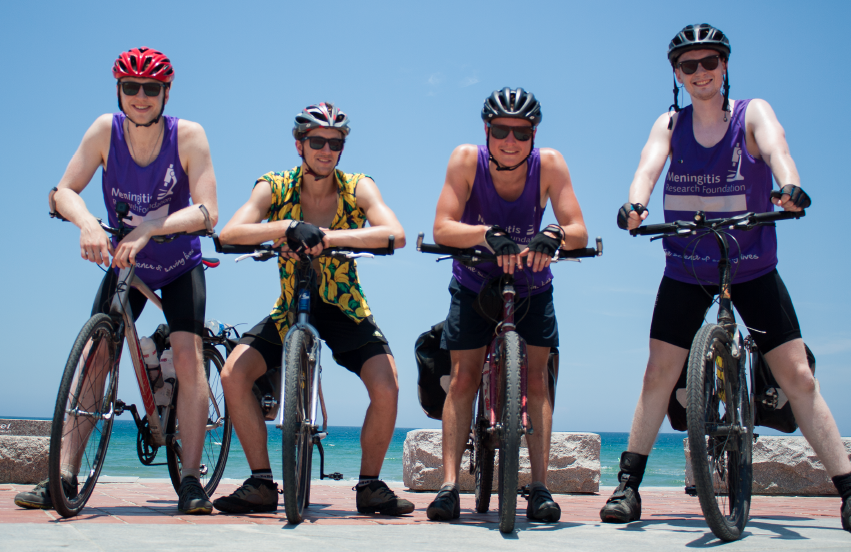 An intrepid foursome from Bristol have completed a cycle of over 650 miles along Vietnam’s ‘Road of Death’ to raise money for charity Meningitis Research Foundation. It was a cause close to their hearts, as one member of the team, Tim, had almost died from meningitis as a baby.

Sam Blanchard (25), Jack Davies (25), Tom Gurney (29) and Tim Lages (25) completed the journey from Hanoi to Da Nang in just 13 days. Journalist Sam kept a diary during the trip, while filmmaker and founder of Friction Collective Jack has turned footage of the experience into a short adventure film.

“Vietnam was a country I’d always wanted to visit,” Jack told Bristol24/7. “I’d been looking for a proper adventure to document and going to such a wild, culture-shock of a country like Vietnam seemed like the right thing to do.

“We cycled for just under two weeks, covering 650 miles from Hanoi to Da Nang, and spent a total of three-weeks over there. The aim was to have a proper adventure, but within the time constraints that our full-time jobs would allow. The heat, roads and language barrier were all serious challenges!

“The short film documents the highs and the sweaty, sweaty lows of a whirlwind adventure in one of the most incredible countries on this planet.

“I made the film because I hope for it to be the first in a series of ‘Velo’ films, taking in various adventures by bike across the world, documenting them and hopefully improving on the formula each time. We need commercial backing and are also looking for contributors for our next journey.”

To find out more about the friends’ adventure, visit www.velovietnamfilm.com.