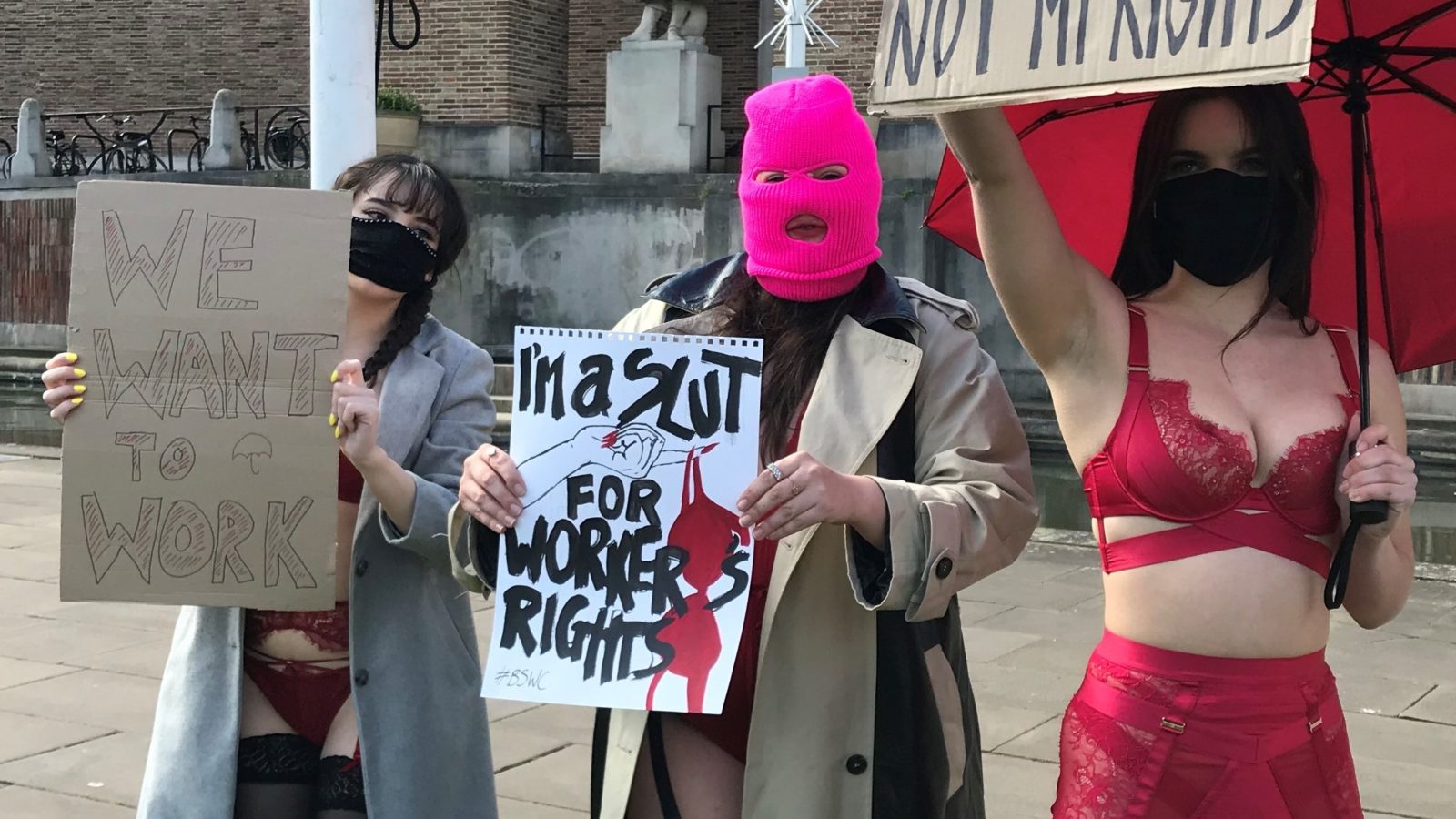 Braving the cold on College Green, a group of strippers disrobed to demonstrate against plans to rob them of their livelihood.

But this has prompted a fierce backlash from those working in the industry, with estimates that some 100 people will lose their jobs if a “nil-cap” policy is introduced.

On Tuesday afternoon, seven women and non-binary people who make their living from sex work took part in the demonstration next to City Hall.

In front of a banner that read ‘Sex workers rights are human rights’, they held up signs including ‘We want to work’, ‘Nothing about us without us’ and ‘Celebration is an act of resistance’.

A protest by strippers took place on College Green this afternoon. They say that around 100 jobs are at risk if the city council bans sexual entertainment venues from the city. pic.twitter.com/BiK1g1Smjk

One of the strippers at the demonstration was 23-year-old Chloe.

“They are taking away our rights and bodily autonomy, and it’s not based on any evidence or facts,” she told Bristol24/7.

Chloe said that if their places of work are closed, it will put the people who work there “in danger”.

Surveys show most Bristolians are happy with them as long as they are away from certain areas, including schools, housing estates, parks, women’s refuges and places of worship.

If the policy is adopted by the council, both of the existing venues – sister venues Urban Tiger on Broad Quay and Central Chambers on Stephen’s Street – would be forced to close or change their business. 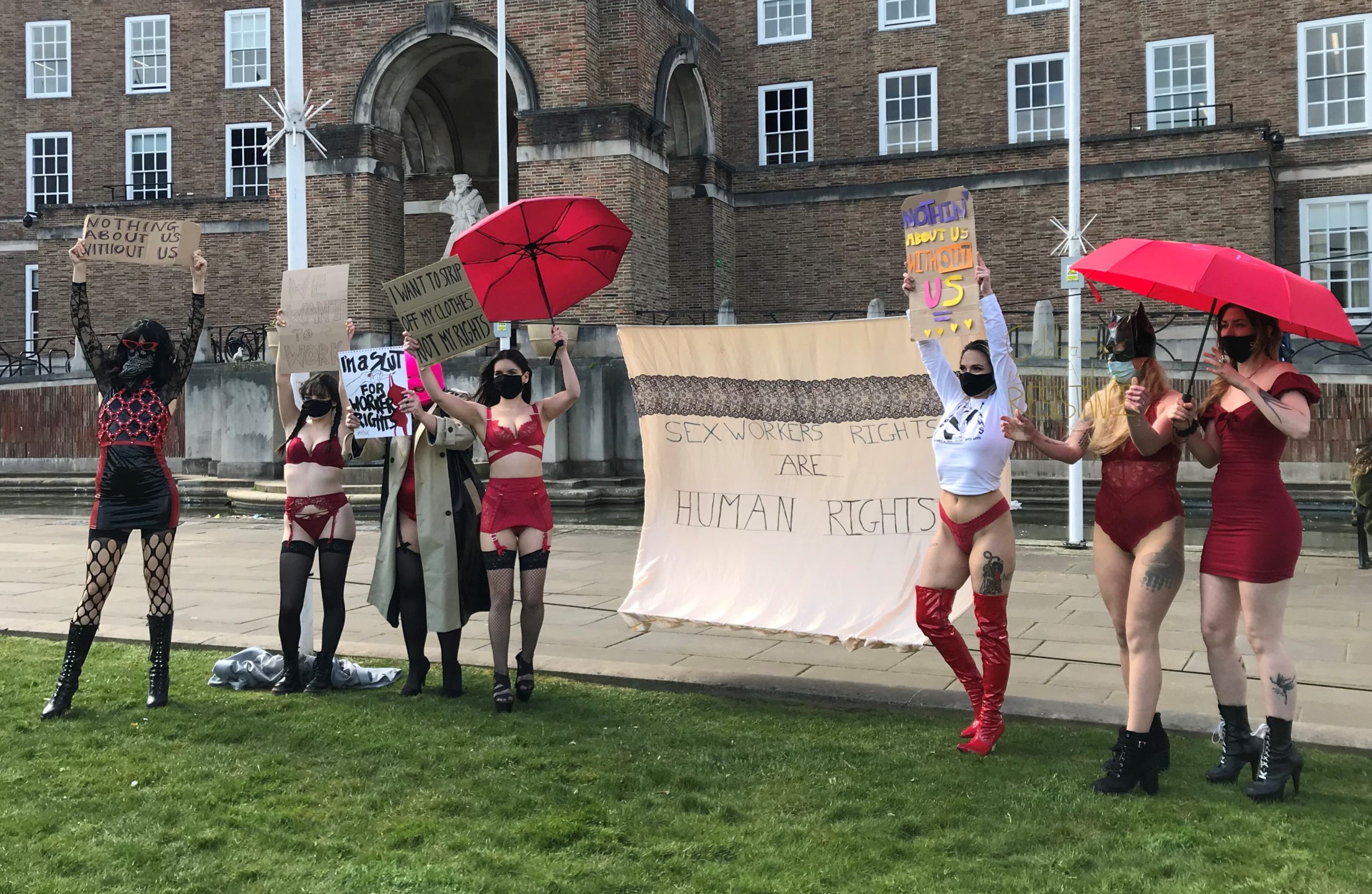 A group of seven strippers took part in the demonstration on College Green – photo: Martin Booth

Chloe added: “We are not going to stop working. It’s about having licensed, regulated strip clubs.

“Our safety is under threat. Our workplaces are under threat. I do not know why Bristol City Council want to make 100 people unemployed.”

Read more: ‘Women should be able to be as sexual as they like’