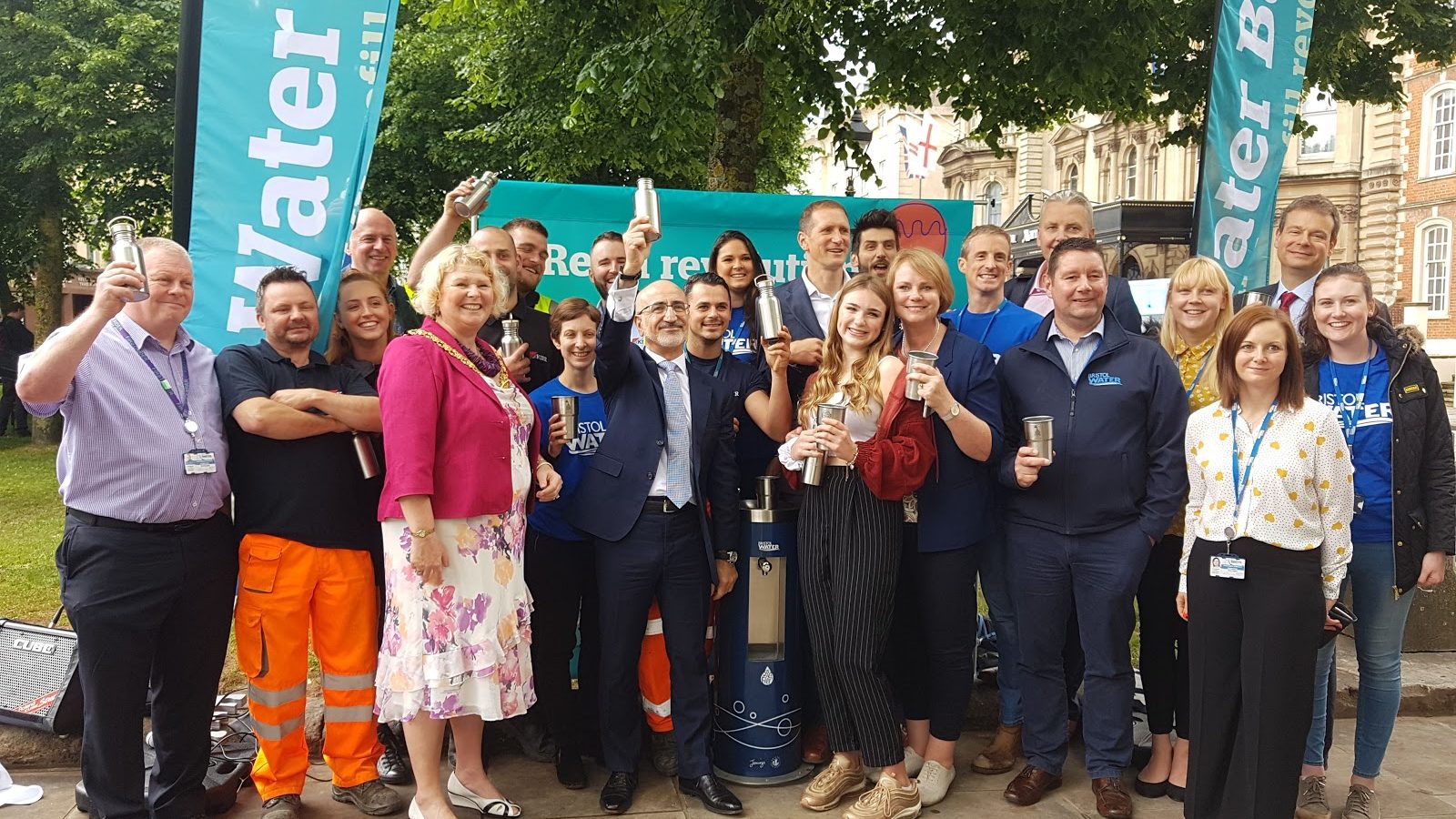 Ali Jennings, who was head of communications at Bristol Water, was the brains behind plans to introduce eight new points around the city at which people can fill their reusable bottles for free in a bid to cut down on plastic waste.

Her family and friends were at College Green on Wednesday to see this idea become a reality and mark National Refill Day – a concept that started as a grassroots movement in Bristol. 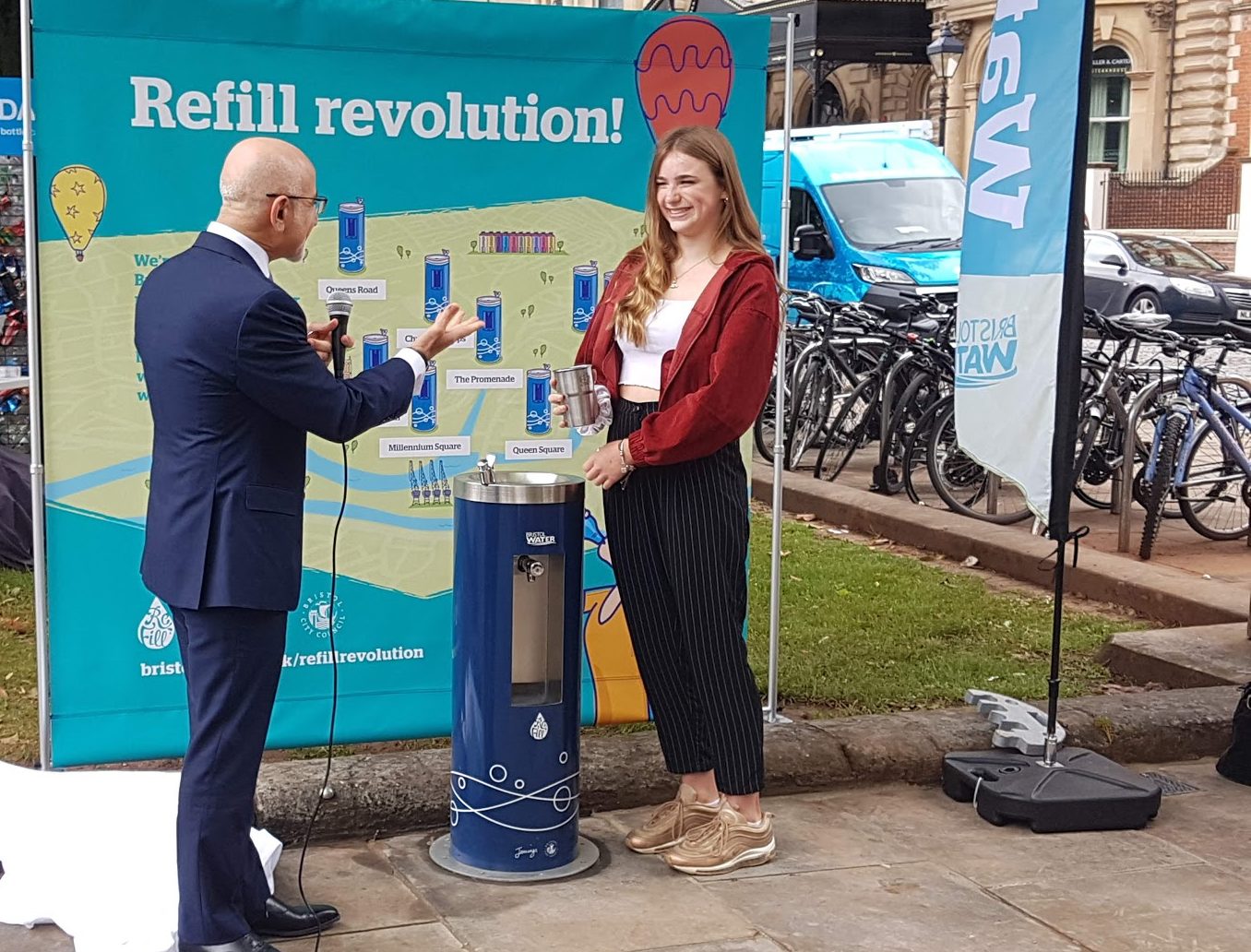 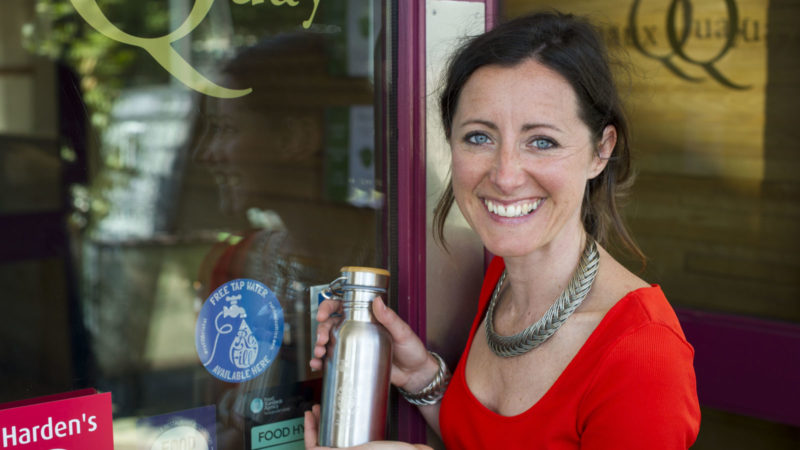 Natalie Fee is calling on people to prevent plastic pollution

Natalie Fee, founder and CEO of City to Sea, has spearheaded the Refill campaign from the beginning.

She said: “We are pleased to see so many local organisations coming together right here in Bristol, the city where this national campaign first started, with the same common aim.

“It’s amazing to have another new fountain here in Bristol making it even easier for Bristolians to save money, stay hydrated and prevent plastic pollution.

“This National Refill Day, we’re calling on the UK public to show us they’ve got the bottle to prevent plastic pollution, by switching from a single-use plastic bottle to a reusable one and refilling on the go.

“People want to help prevent plastic pollution, and Refill puts the power to do just that in peoples’ hands. It is estimated that the Refill campaign will have saved over 100 million single-use bottles from entering our waste stream by the end of 2019.” 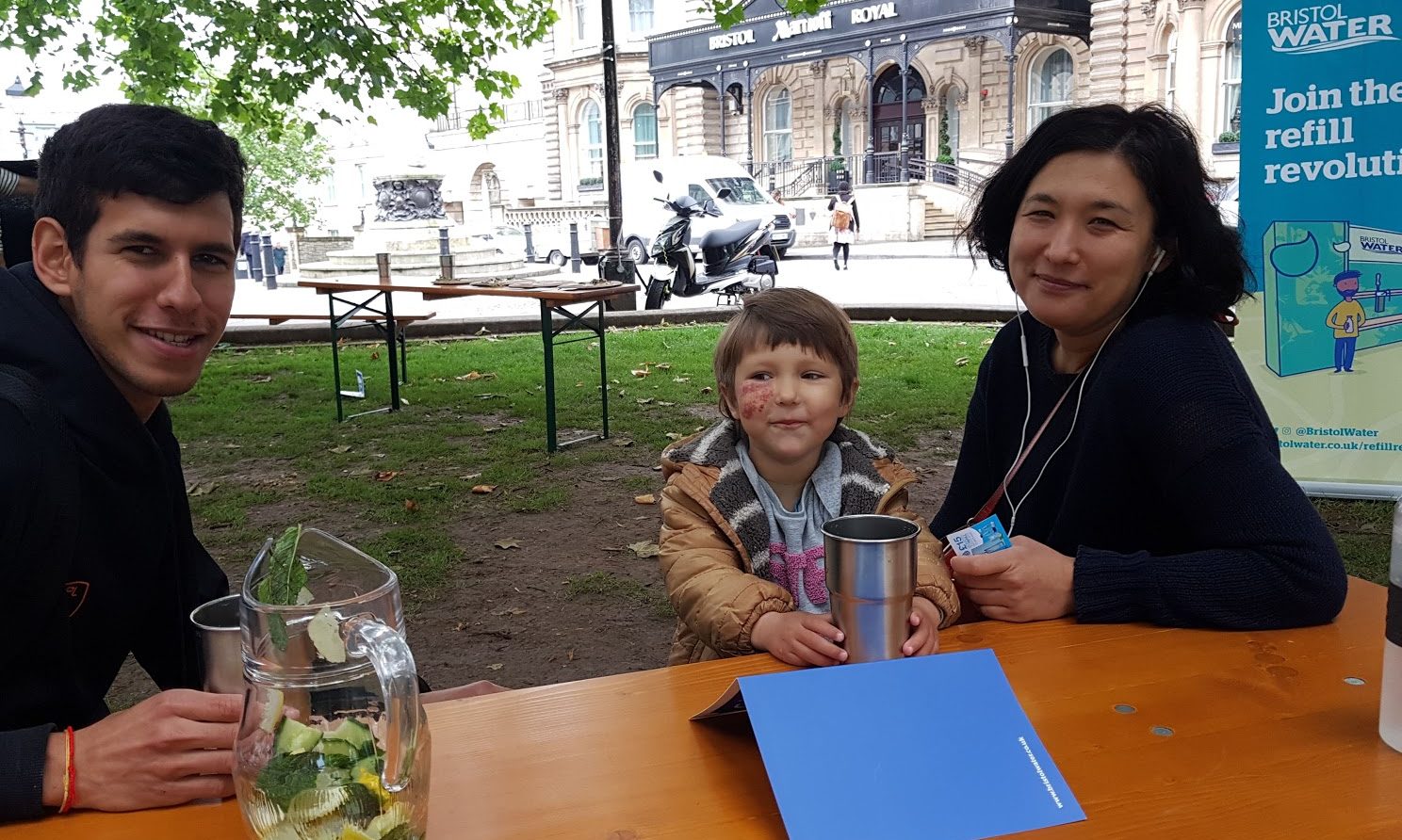 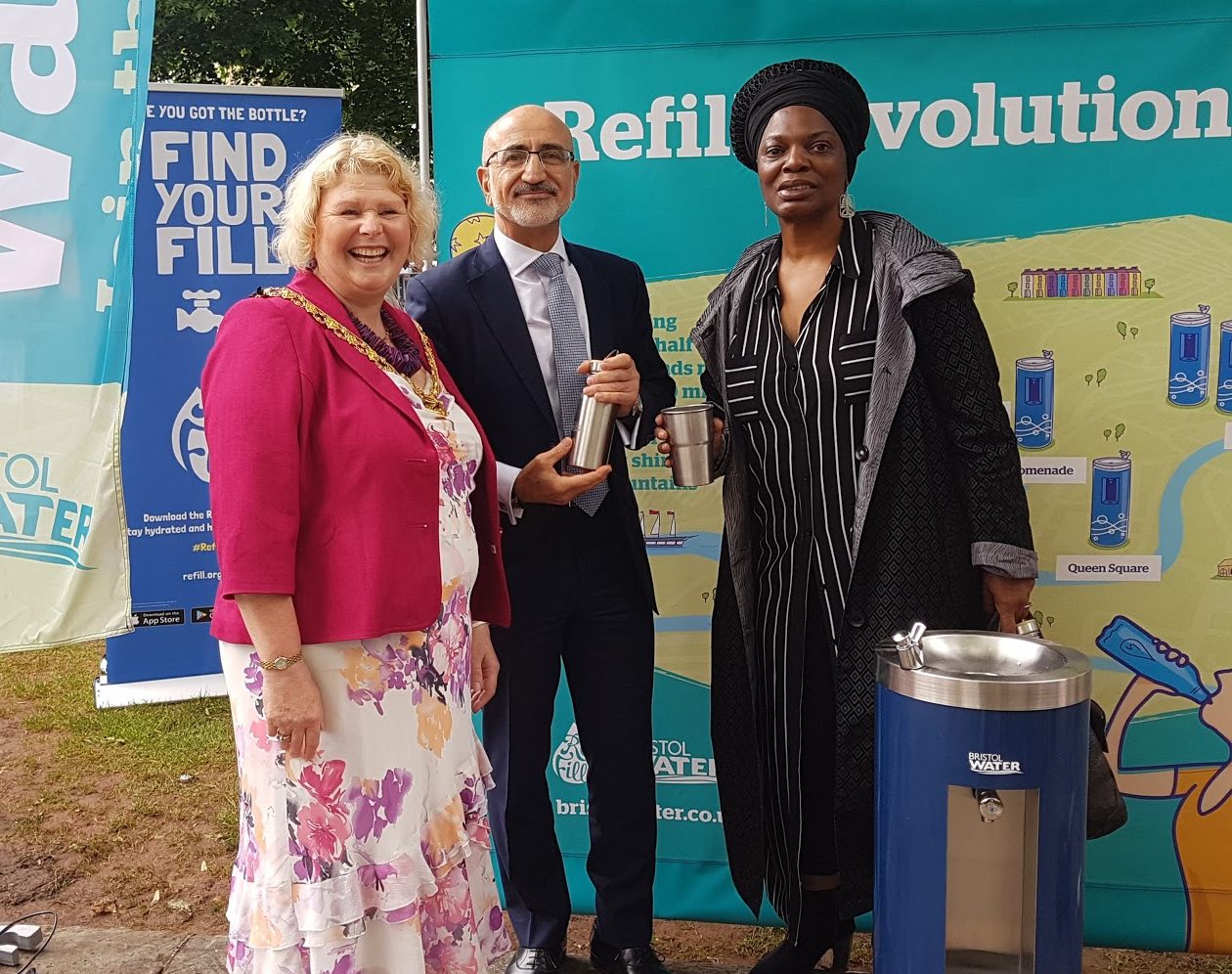 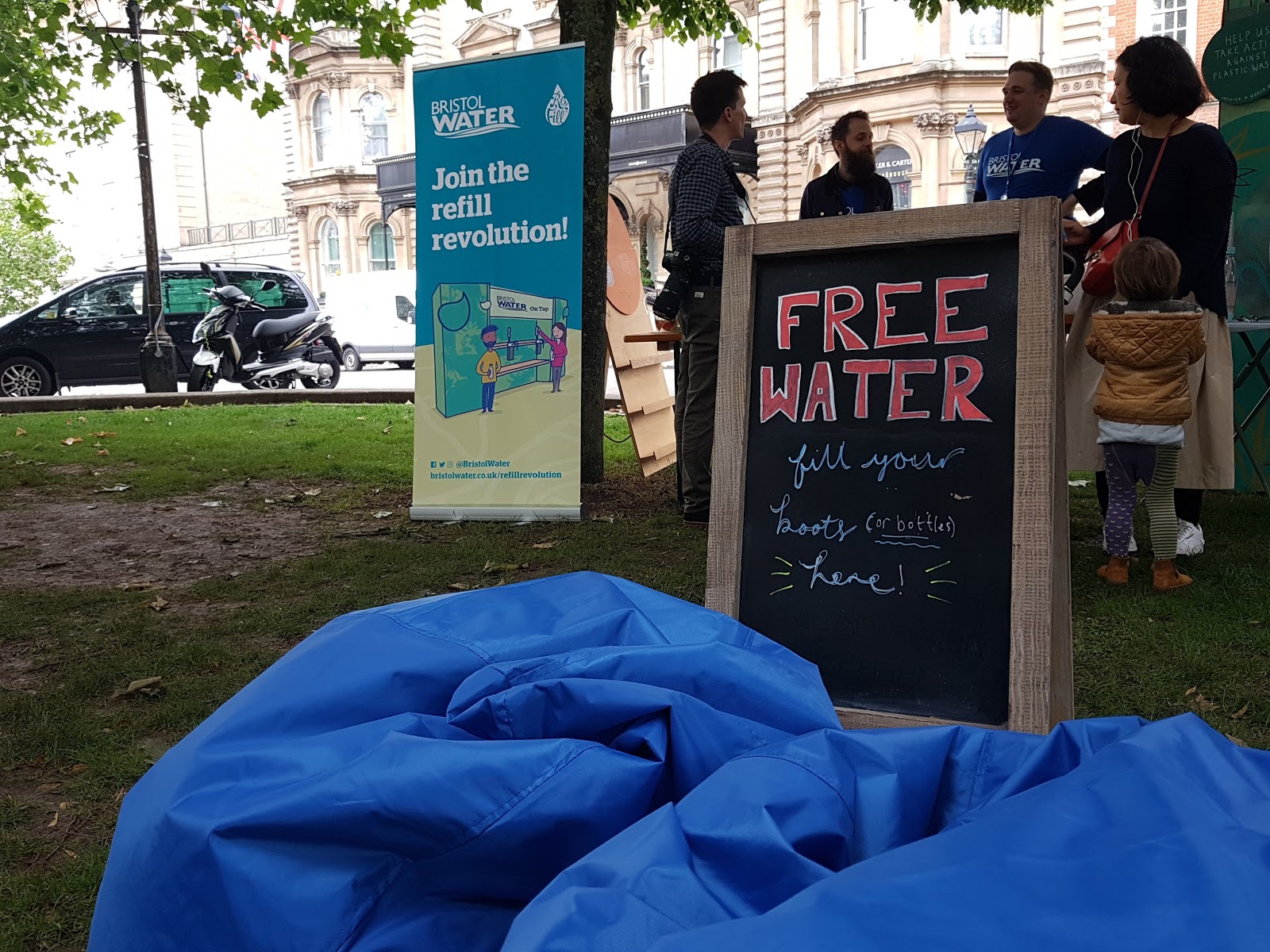 People were invited to get their fill of free water

Once they are all installed, the new water fountains will quadruple the number of refill fountains in Bristol.

Collectively, it is anticipated they will prevent 50 miles of plastic waste and save people half a million pounds a year in not buying bottles.

As well as College Green, the new water fountains will be installed at the fountains opposite Bristol Hippodrome, Christmas Steps, Wine Street, Queens Road and three will be in Broadmead – near Marks and Spencer, opposite Primark and in the central podium.

Each new fountain will feature a signature from Ali Jennings in honour of her work for Bristol Water and the wider community. 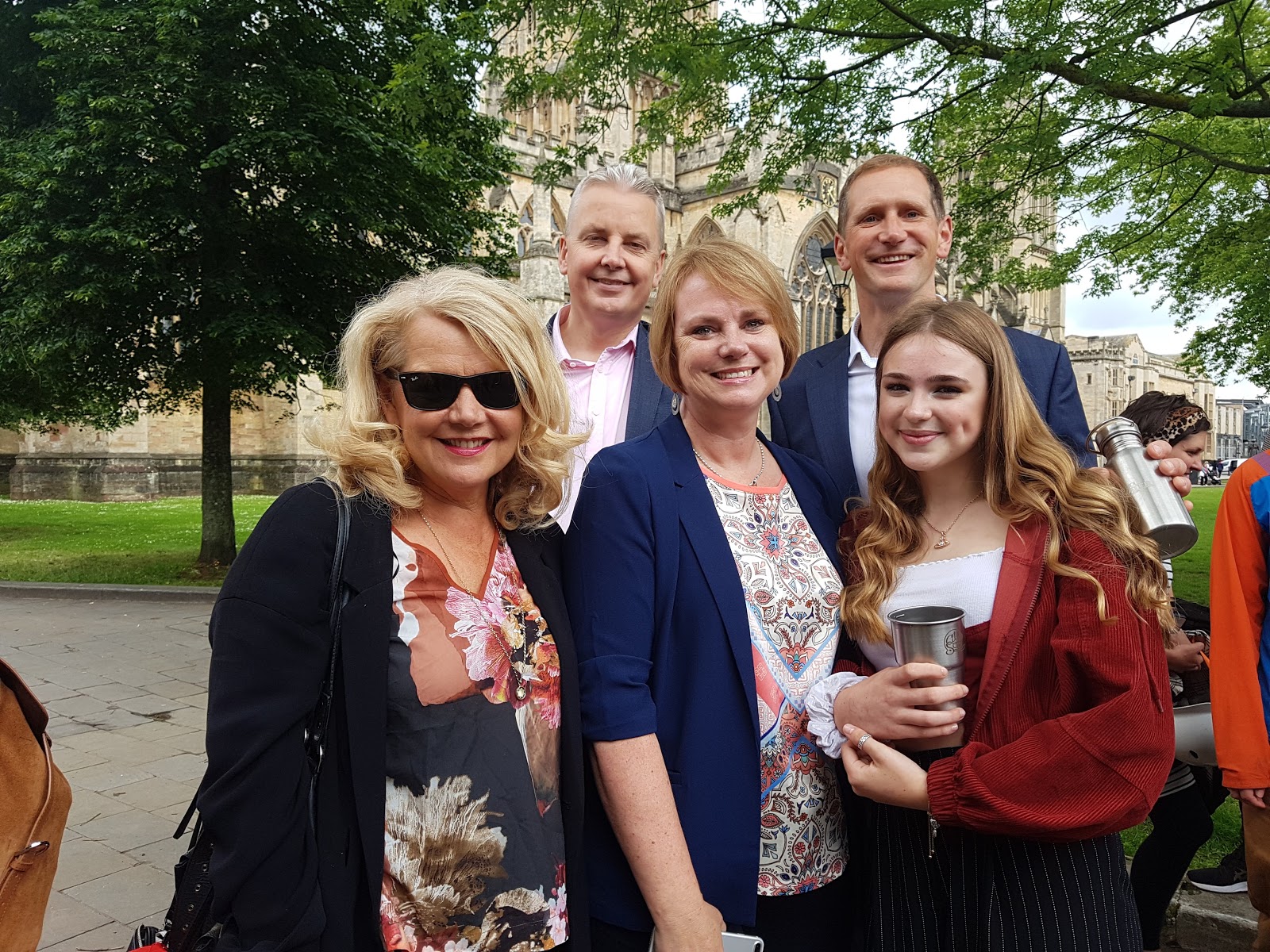 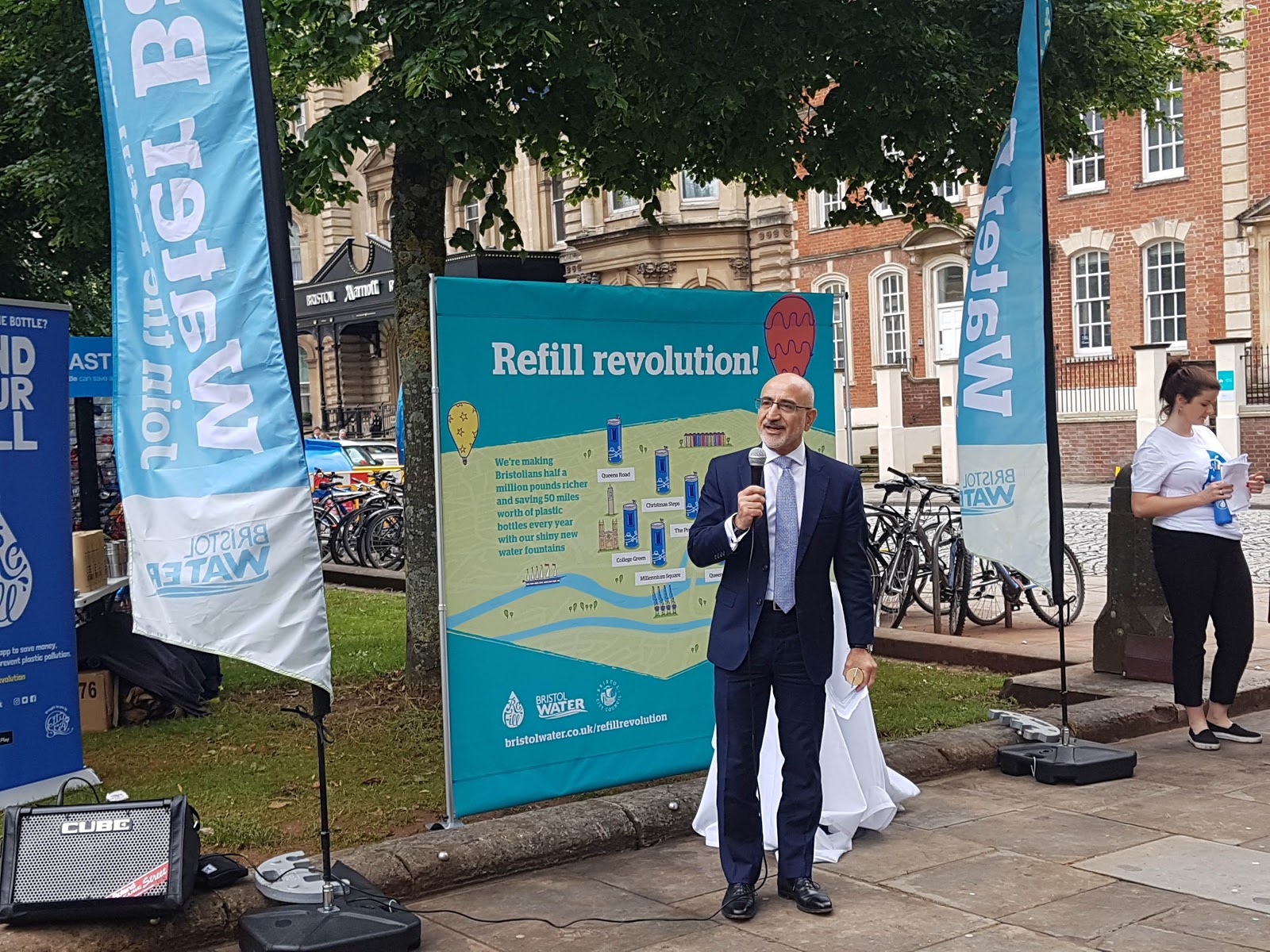 Mel Karam, CEO at Bristol Water, paid tribute to Ali when he addressed the crowd on Wednesday.

Speaking about the collaboration between Bristol Water, Bristol City Council, Bristol Waste and City to Sea, he said: “Often, people turn to bottled water out of convenience. As a local water company, we want to reduce plastic waste here in Bristol by making tap water more publicly available on the go.

“We want to empower our community to opt for a reusable water bottle instead. Last month we took to a boat with City to Sea to remove plastic from our beautiful harbourside and the number of plastic bottles we found in the water was frightening.

“We have some of the best drinking water in the world; it’s the healthiest thing you can drink and one thousand times cheaper than bottled alternatives.” 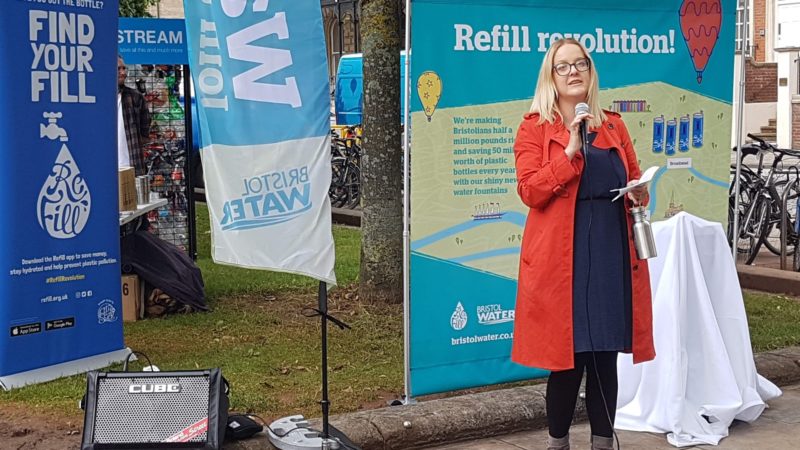 Nicola Beech, cabinet member for spatial planning at Bristol City Council, said: “This project plays a really important part of our plans to make Bristol a more accessible place to live, to work in and to visit.

“We’ve prioritised locations in busy areas and on commuter routes where people are walking and cycling.”

There are two existing water fountains, located in Millennium Square and Queen Square, as well as more than 500 Refill Stations across the city listed on the free Refill app. 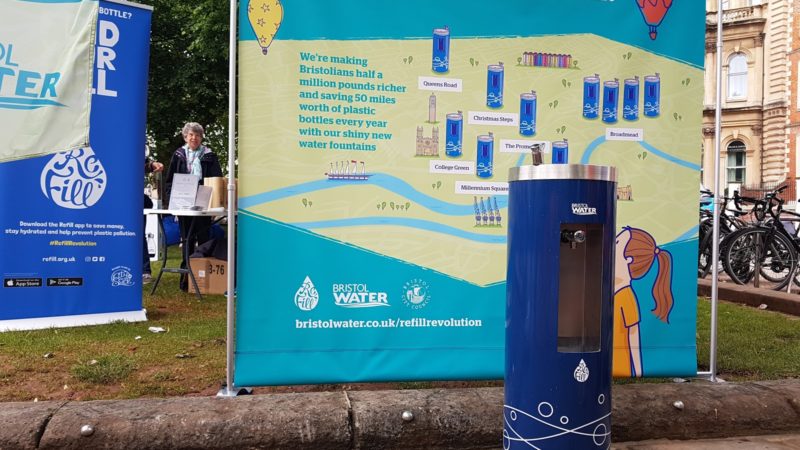